Saffron Infused Oil, a Luxury Oil created by extraction of Saffron stigmas in carrier oils (Blend of Sesame & Sunflower Oil). Also known as Kesar, Saffron is the most expensive spice in the world and for good reason. Not surprising that its concentrated Essential Oil can be even more expensive and hard to make, this clever infusion allows us to harness the components of Saffron in a more economic way. Saffron Infused Oil has an astringent quality making it a great option beyond culinary uses. Saffron has been used as spice and medicine in Iranian cultures and medicine historically for centuries and beyond. The main components of this oil are Safranal, Crocin and Picrocrocin. This Saffron Oil is made in Iran for Ancient Purity and has been design for internal and topical use including for Hair.

Ancient Purity Presents…Saffron Infused Oil from Iran. The main components of this oil are Safranal, Crocin and Picrocrocin. Safranal is thought to be the main cause of Saffron’s unique scent. It is now about 80 years ago that this compound has been discovered. Since then different scientific experiments have been done investigating its biological-pharmacological activities. Safranal effects in CNS have been more attractive to scientists and an escalating number of papers have been published regarding its neuropsychological effects. Crocin is a carotenoid chemical compound that is found in the flowers crocus and gardenia. Crocin is the chemical primarily responsible for the colour of Saffron. Picrocrocin is a monoterpene  (Monoterpenes are compounds found in the essential oils extracted from many plants, including fruits, vegetables, spices and herbs. These compounds contribute to the flavour and aroma of plant from which they are extracted) glycoside precursor of safranal. Research has demonstrated several health benefits of Picrocrocin such as improved digestion, preventing gastric disorder and ulcer, reducing insulin resistance, lowering serum triglyceride and cholesterol levels, and anticarcinogenic, anti-inflammatory and anti-low mood.

There are only 3 stigmata in each Saffron flower. Once the stigmata (and their red pistils) have been separated from the plant, they are dried to preserve their colour and flavour. Since such a small part of the flower is used, it takes 75,000 Saffron flowers and many hours of labour to make one pound of spice. To create the oil, even more flowers and work are needed. It’s always been treated as a delicacy: a fabric dye for royalty, a perfume compound for the wealthy, an ingredient reserved for special meals that immediately signify luxury.

Saffron Oil is an age-old recipe to get rid of hair-fall. For those dealing with excessive hair-loss, Saffron Oil can be very helpful. Applying Saffron Oil on your hair’s roots can enhance growth. It assists repairing damaged hair and helps to treat split ends. Our Iranian superior Saffron Oil protects your hair against damaging external factors like sun radiation, chlorinated and salty water and certain components of cosmetic products. In addition, Saffron Oil limits sebum secretion by sebaceous glands positioned in your scalp, limits the loss of hair and strengthens follicles and roots. On top of that, it gives your hair a smooth moisturised and cool look with a healthy gloss. Saffron Oil is ideal for care of all hair types.

It helps both hair and scalp. It decreases hair breakage and revives damaged hair while enhancing hair regrowth. Saffron Oil is known to enhance blood circulation and speeds-up new cell renewal. From time immemorial, queens just like Cleopatra have already been indulging themselves in the milk and Saffron bath to boost beauty as well as their complexion. This only implies that baths and face packs prepared from Saffron Oil works well for enhancing the beauty which you always desired. Applying or using Saffron Oil for your skin in any form can help you get a toned, healthy and glowing skin. The antioxidant properties of this oil fight free radicals and stop them from causing any damage to your skin. It also helps you unclog skin pores and remove blackheads. It improves blood circulation to your skin which keeps your skin firm and delays the appearance ageing signs. 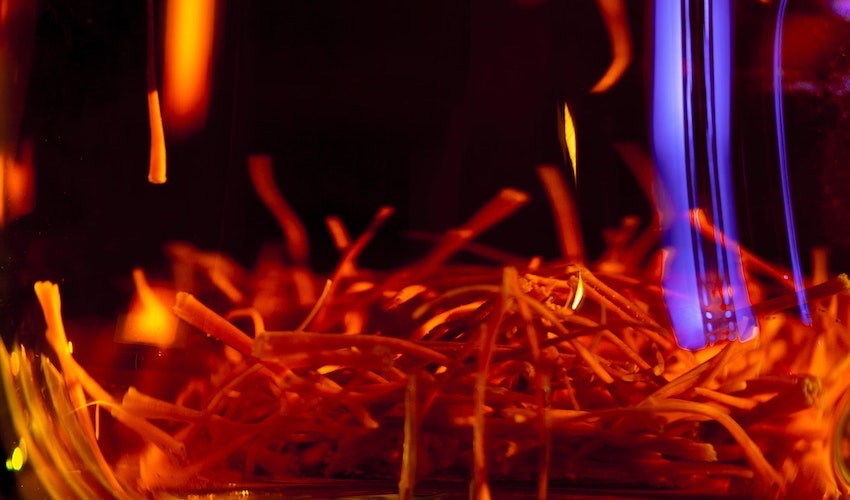 Sexual Health…Saffron may also increase sex drive and sexual function in both males and females. Researchers reviewed the effects of saffron on male infertility problems and noted that while it had a positive effect on erectile dysfunction and overall sex drive.  Menstrual cramps as well as postmenopausal syndrome (PMO) are among the typical sexual difficulties in women and one which brings lots of discomfort. Saffron Oil will aid with dealing with serious sexual ailments to the good extent.

Might Enhance Mental Health…For the relief of chronic low mood as well as for reducing stress and boosting your mood, Saffron Oil functions well for serotonin’s stimulation within your body which assists you to accomplish these aims. In addition, it fights issues such as sleeplessness and is a natural sleep inducer as well together with management of memory disorders. The aroma of Saffron Oil is so soothing and delightful that it naturally releases stress. The benefits of Saffron as an antidepressant are well-documented. Almost 150 volatile and non-volatile compounds are obtained from the chemical analysis of this plant. Fewer than 50 constituents elucidated and identified so far showed phytochemical characteristics. 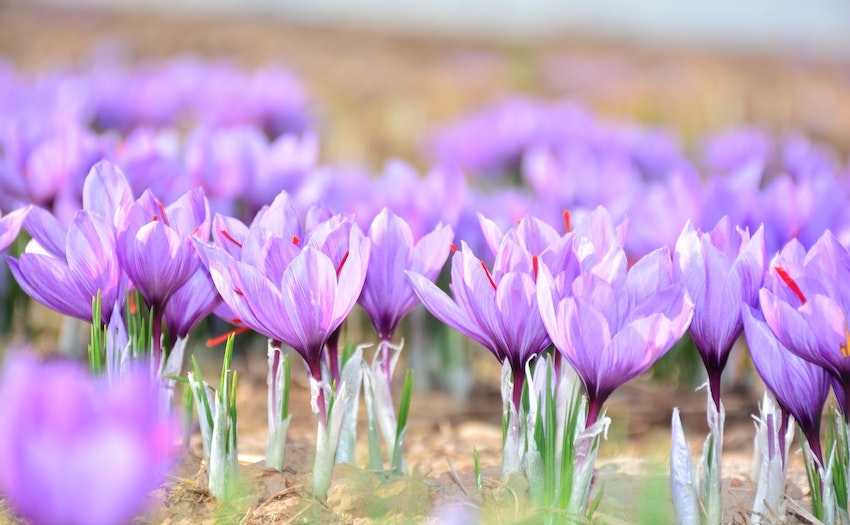 Respiratory Issues… Beginning from something like asthma to cough and cold in addition to whooping cough can be simply alleviated with the usage of Saffron Oil. Inhaling small amounts of this oil or ingesting it in limited quantities can be quite helpful in clearing respiratory congestion and loosen mucus and phlegm.

Wounds & Scars… There are therapeutic qualities for which Saffron Infused Oil is very well-known. To obtain an excellent result on the management of wounds and scars on the skin, you can effortlessly utilise Saffron Infused Oil on the affected area. This helps getting the right outcomes for the skin.

Weight-Management… With increasing cases of overweightness, growing numbers of persons are getting unwanted weight gathered in their bodies. Including Saffron Infused Oil within the daily food menu is among the natural ways in which you are able to shed some of the additional pounds. For those who find it difficult to control their hunger and end up eating too much which contributes to weight gain in the long run, using Saffron Infused Oil in your diet can help you control hunger pangs which reduces your daily calorie consumption. In the long run, this might contribute to weight-loss. 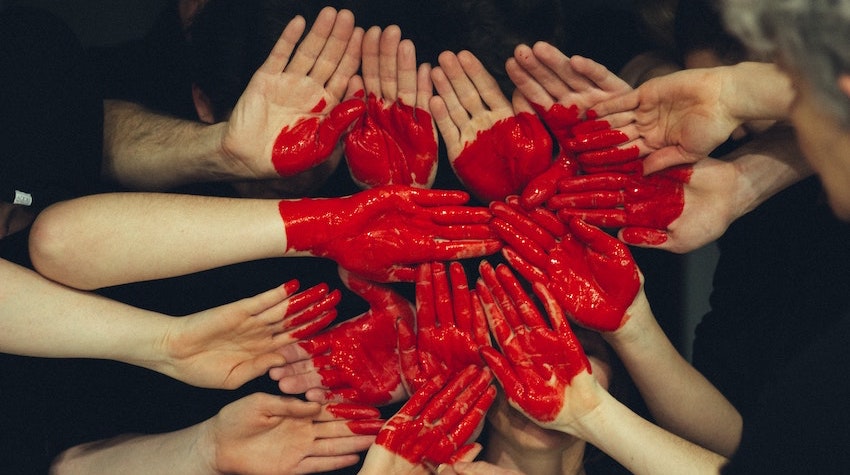 Considered being one of the most prized and beneficial plants on our planet, Saffron is the 24-karat gold of spices. With a history spanning back thousands of years, Saffron as well as Saffron Oil has been used by kings, pharaohs, and chefs alike for medicinal, aesthetic, and culinary purposes. Saffron is one of the oldest spices on the planet, and has been considered a valuable commodity for thousands of years. First harvested in central Asia more than 3,500 years ago, Saffron has been mentioned in ancient texts dating back to 1500 BCE, including the Bible and ancient Chinese medical books. With a name derived from the Arabic word for yellow (zaffran), Saffron has long been coveted for its gold and red threads. During its early years, this precious spice was traded throughout Eurasia and desired by kings, Roman emperors, and pharaohs alike as a powerful aphrodisiac and medicinal plant. It is said that Cleopatra herself bathed in a Saffron milk bath before meeting with suitors.

Hailing from the Middle East, Saffron and its oil is still most commonly used in Mediterranean, Asian, and European cuisine. However, this worldly spice can also be found in a range of dishes around the globe, from Spanish paella and other Greek and Italian rice dishes to rich Indian recipes and Swedish Saffron buns. Saffron is best put to use in dishes that have a significant amount of liquid, like bouillabaisse and risotto, as the simmering process is necessary to unleash the full flavour. First, grind Saffron threads into a powder, using a mortar and pestle to break down the flowers. Next, add the spice (or 2 teaspoons of the oil) early to the hot water or cooking liquid in order to bring out the full extent of the colour and aromatics contained in the costly herb. A small amount of the valuable spice goes a long way, so there’s no need to grind more than a pinch of the threads.

Add a few drops of Saffron Oil to Dishes 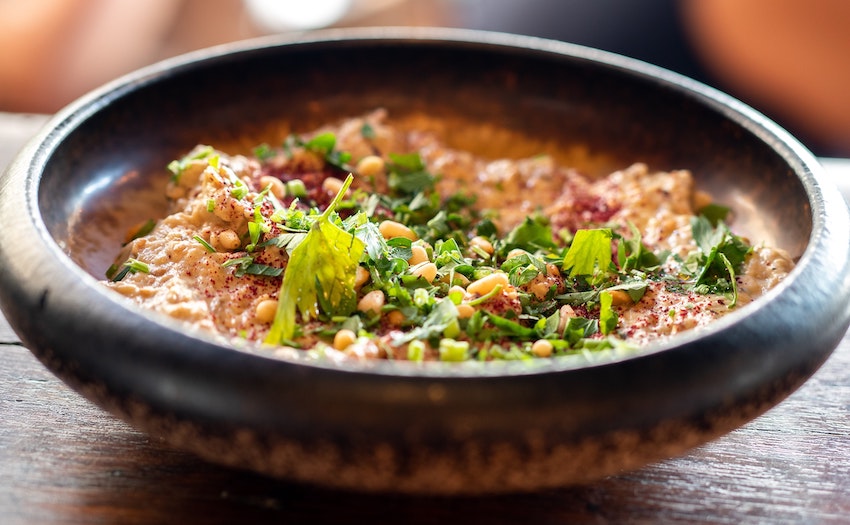 Saffron Oil is great oil for a healthy heart, and its fragrance in incense has been used traditionally for its heart-opening and compassion-enhancing powers. Backed-up by scientific research, probably one of its most known health benefits is that it can help with erectile dysfunction. The fragrance of Saffron Oil is clean and purifying, and its wonderful colour is that of bright golden sunlight. It can be used to relieve a number of health issues including: acne, apoplexy, bone health, respiratory conditions, colic, cough dyspepsia, insect bites and stings, liver problems, mental disorders, neurasthenia, sexual dysfunction, oedema, problematic menstruation, phthisis, prolapse of anus, sore throat and splenetic disorders. It is also attributed with extraordinary properties for improving bad eyesight and highly valued as a complexion builder.

“She opened the tin to show Candace the dark red strands, a fortune in her palm, dearer than this much caviar, this many shaved truffles; it was for spices like this that Columbus had set out in his ship. "Each strand is handpicked from the center of a crocus flower that blooms two weeks of the year.”-  Elin Hilderbrand, The Love Season 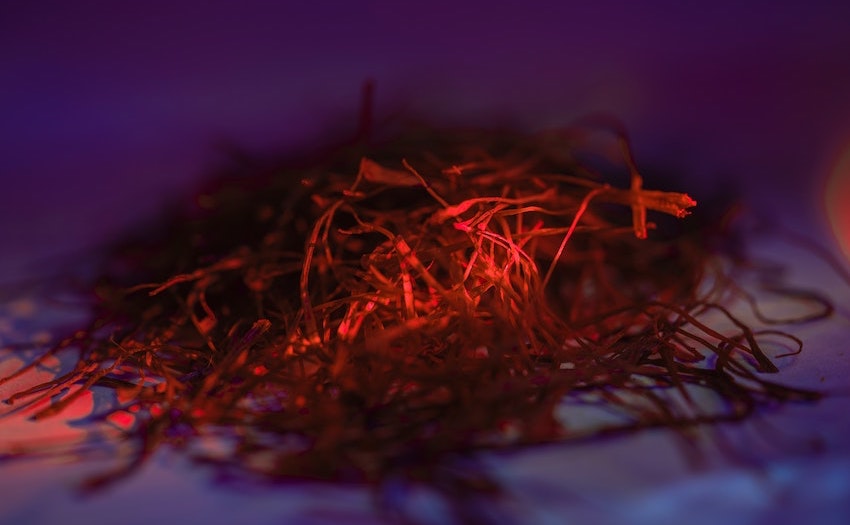