An ancient practice originating in Ayurvedic Medicine... Oil Pulling is simple effective Detox & Oral Health pactice, Ancient Purity favours Fractionated Coconut Oil because of it's additional benefits and taste. Oil Pulling is far more than a solution for oral health, it is a whole body treatment and we have a unique take on its method. 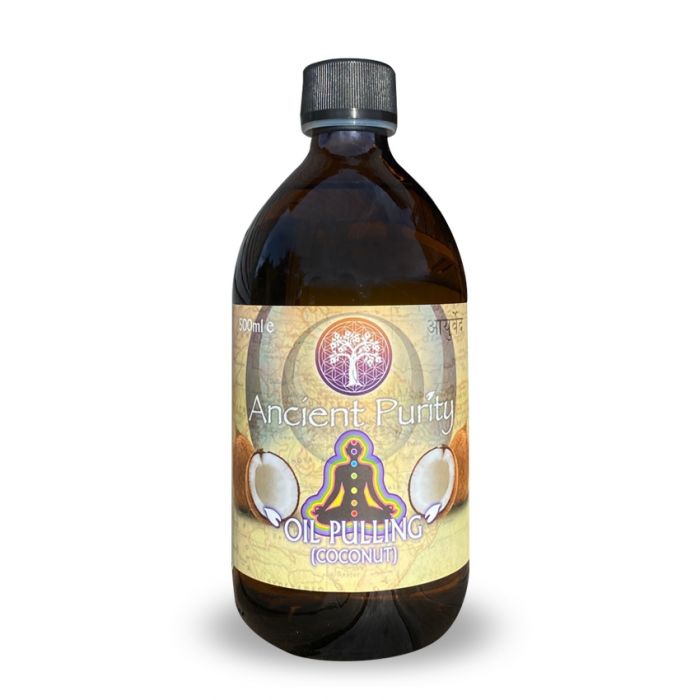 The benefits of Oil Pulling with coconut oil can be felt in just a couple of days for minor ailments, and in a couple of months of daily use for major When using oil pulling coconut oil the procedure is done the same way as when any other edible oil is used. Some may find the detox of the coconut oil method a little fast and wish to use the sunflower method. The most obvious result of Oil Pulling is improved dental health. Teeth become whiter, gums pinker and healthier looking, and breath fresher. That alone makes it worthwhile. What is really remarkable is that the health benefits don't stop there.

Oil Pulling has the potential to promote health in nearly every area of the human body. Oil pulling is said to be a powerful means of maintaining good health as well as an effective solution for a variety of health issues. This ancient technique, first described in 5000-year-old Ayurvedic texts. The practice is simple. Soon after waking, before eating or brushing your teeth, swish your mouth with a spoonful of high-quality oil in order to "pull" bacteria, parasites and other toxins from your teeth and mucous membranes. 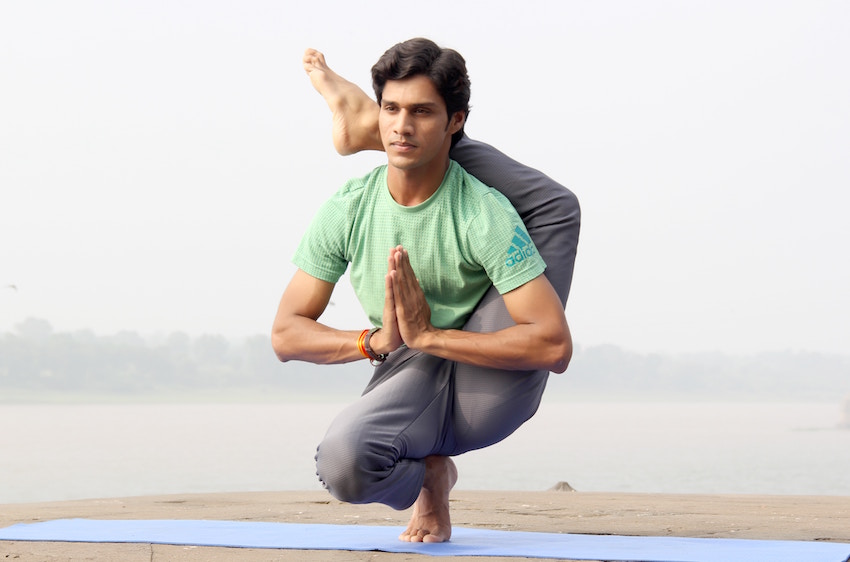 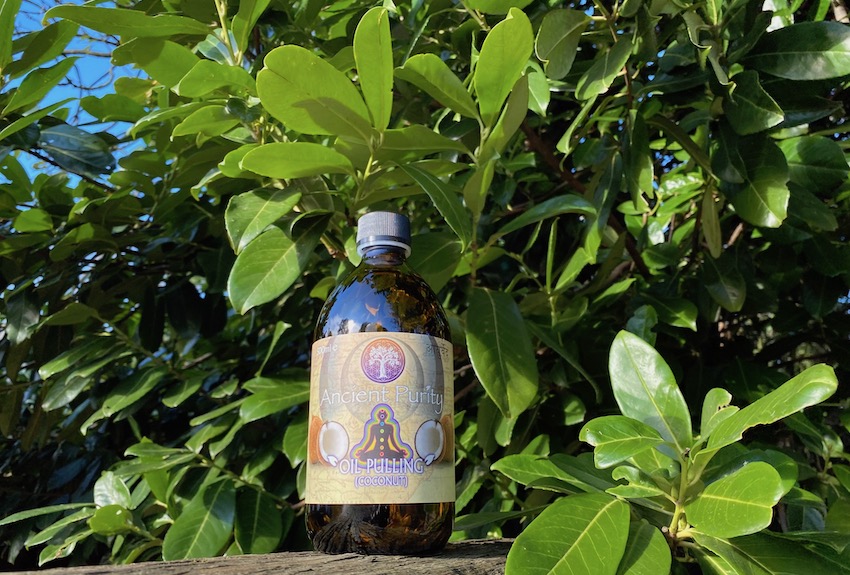 The results of this therapy invoked astonishment and doubt concerning the contents of his report. However, after further examining the workings of the oil pulling therapy, one has but to then test it on oneself to prove its validity and effectiveness. It is most astonishing that such results can be achieved with this absolutely harmless biological healing method. This simple method makes it possible to effectively treat the most varied diseases, in some cases enabling one to avoid surgical intervention and the taking of medications that can have harmful side effects. The exciting factor of this Oil Pulling healing method is its simplicity. It consists of swishing or pulling cold-pressed oil in the mouth. 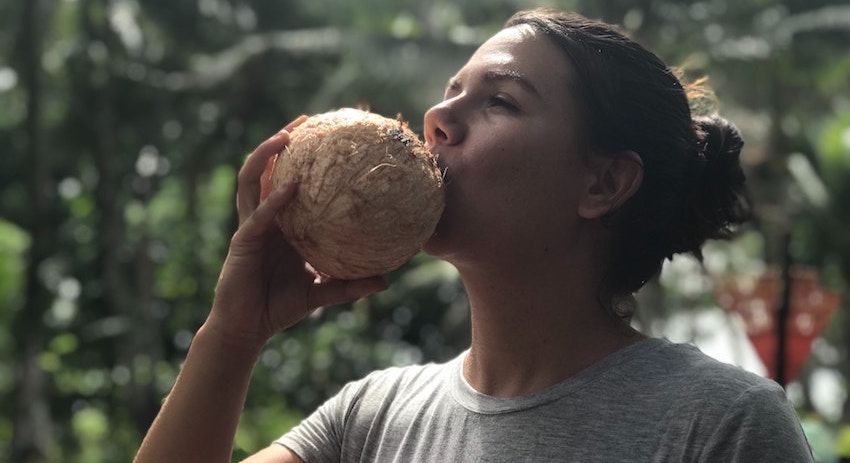 The healing process is accomplished by the human organism on its own. In this way it is possible to heal cells, tissue and all organs simultaneously, the body itself gets rid of toxic waste without disturbing the healthy microflora. Dr Karach says human beings are living only half their lifespan. They could potentially live healthy to be 140 to 150 years old. Dermatologist and author Dr Debra Jaliman concurs that Oil Pulling is probably most helpful for the gums, as it stops the growth of strep bacteria. "Oil pulling has many benefits. So many, in fact, that I bought a whole book on the topic called Oil Pulling Therapy: Detoxifying & Healing the Body Through Oral Cleansing by naturopathic physician Bruce Fife. “The oil acts as a cleanser. When you put it in your mouth and work it around your teeth and gums it “pulls” out bacteria and other debris,” says Fife. “As simple as it is, oil pulling has a very powerful detoxifying effect.

Our mouths are the home to billions of bacteria, viruses, fungi and other parasites and their toxins. Candida and Streptococcus are common residents in our mouths. It is these types of germs and their toxic waste products that cause gum disease and tooth decay and contribute to many other health problems including arthritis and heart disease. The immune system is constantly fighting these troublemakers. If our immune system becomes overloaded or burdened by excessive stress, poor diet, environmental toxins and such, these organisms can spread throughout the body causing secondary infections and chronic inflammation, leading to any number of health problems.” Oil Pulling for Oral Health Even keeping good dental hygiene may not be enough, germs can still affect your health. When our oral condition is in bad shape, it affects every system of the body. The Pulling Oil seeps into hard to reach pockets below the gum line where damaging bacteria tend to thrive. The theory is they will collect the toxins and remove them. While at the same time promoting healthy clean and white teeth, also supporting a healthy tongue and gums. Many people have used Oil Pulling to fight bad breath. 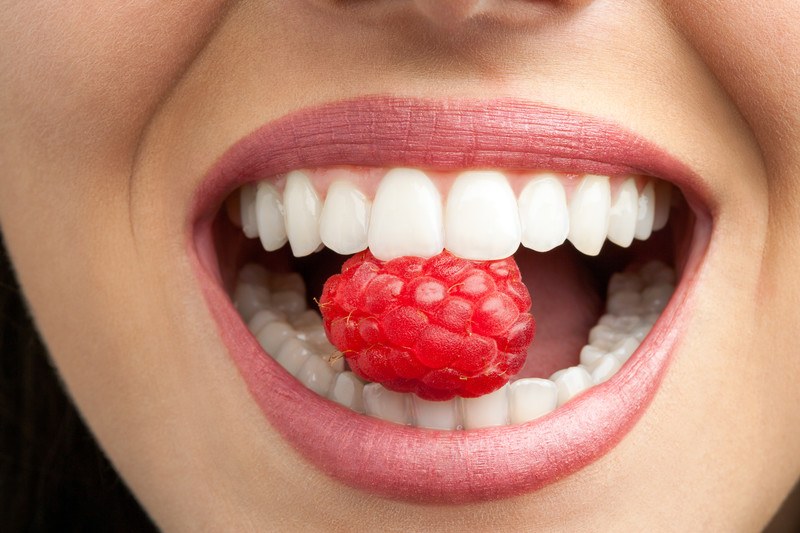 I had my amalgam fillings removed and followed a standard detox protocol. But decided on Oil Pulling first thing in the morning, I actually cheated the swishing around the mouth effort after a few days as I use a trampoline in the morning I would trampoline and that got the Pulling Oil shaken about well.

After the first Oil Pull my teeth felt smooth and nice, tongue looked good. After a few days, my gums looked healthier than ever. I have been in very good health anyway but have found personally that many of the benefits reported on Oil Pulling have certainly been the case for me. I will use this technique regularly for the next few hundred years at least.

Deepak Chopra promotes the practice in his 2001 book, Perfect Health. Chopra notes that oil pulling is one of many Ayurvedic techniques valuable for purifying and strengthening the body.

According to Ayurveda, organ meridians are present in the tongue (and teeth) just as they are in key points such as the hands, feet and ears. That makes the tongue integral for diagnosis, and care of the tongue important in preventing and treating illness.

The ancient practice of oil pulling makes sense in another way. As oil is swished back and forth before being spit out, the mouth`s mucous membranes and large veins on the underside of the tongue are likely to absorb vital nutrients from the oil.

Coconut Oil, one of the oils traditionally recommended for this practice, has antiviral and anti-inflammatory properties.

We have updated our Oil Pulling instructions following research and information, but please research for yourself on its use. This is not Ancient Purity advising over Ayurvedic Medicine but rather the ancient process having evolved and now having an even more effective practice.

Before brushing teeth or drinking any fluids

Note: Don't worry if you swallow the oil, you will excrete later. Spitting out is just faster and a better.
Do not worry if not much comes out the Pulling Oil will have done its work.