Old Man Saltbush is naturally growing throughout all parts of Australia’s mainland. It is packed with protein, minerals and antioxidants, with 20% less sodium than our table salt. The multi-branched plant was historically used by Southern Australia’s Aboriginal tribes and is considered a pivotal bush food. Playing a significant part role in nation’s agriculture industry and boasting protein and minerals, maybe Saltbush will become more of a kitchen staple, than a 'backyard' staple. It is also known as Giant Saltbush and Bluegreen Saltbush, it is the leaves that have a soft, earthy saltiness, which is what makes this the ideal seasoning sprinkle. ‘Please can you pass the Old Man Saltbush & Mountain Pepper Leaf. Now we should also tell you what else makes this plant so epic... it has been identified by the United Nations Carbon Emission Trading Scheme to assist with the reduction of greenhouse warming. By now you probably can see that this ancient bush helps the planet by exisiting and by being used and grown! It's a hardy, drought and flood resistant plant and your purchase supports it's cultivation which supports the planet and us. Comes in a Miron Jar or Refill Bag. 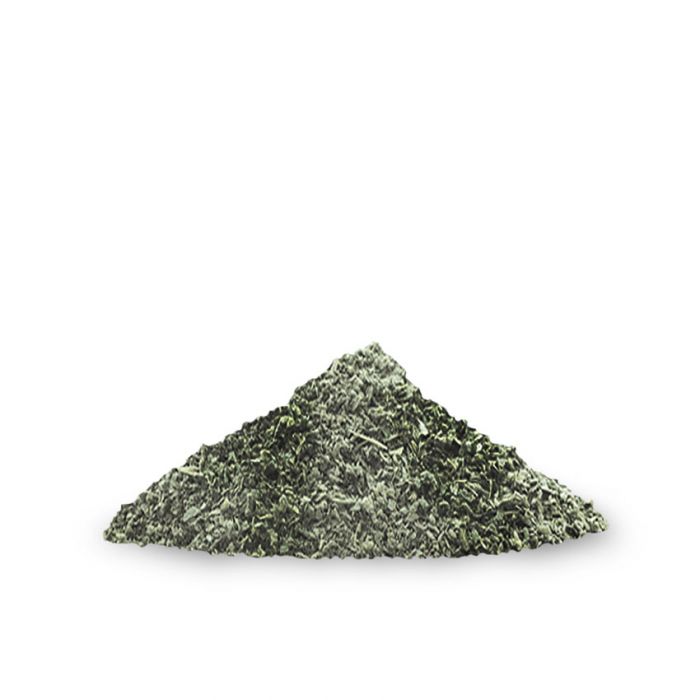 Ancient Purity is proud to supply the Australian bush food…Old Man Saltbush. Also known as Giant Saltbush, Bluegreen Saltbush or Tjilyi-tjilyi by the indigenous people of Australia, the leaves of this plant have an earthy, soft saltiness perfect as a seasoning or condiment.

The two predominant plants are Atriplex semibaccata and A. nummularia. The plants’ leaves and seeds are used and ground for use to flavour dishes. The leaves are commonly consumed fresh as well or added to meat while it is cooking. 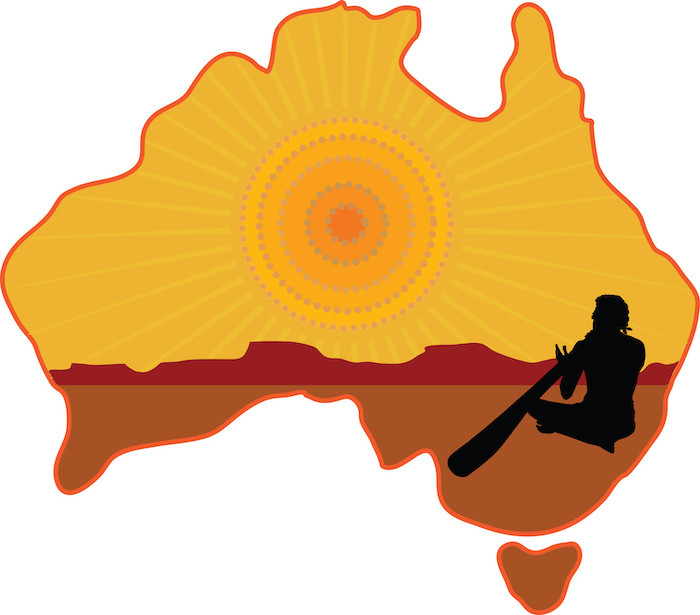 Saltbush is a species growing in a bush-like environment, growing up to 3 metres tall and 5 metres wide. Tooth-edged grey-blue leaves cover each branch which are either diamond or spear-shaped, measuring 4 to 5 centimetres wide or narrower, depending on the growing conditions and species. Some plants have wider leaves that look like a goosefoot. During the summer season, the plant produces big bracts of flowers that will make tiny, red seeds. The semi-succulent, thick Saltbush leaves have a salty and herbaceous flavour. It is an underutilised native food, especially given how versatile it is. Old Man Saltbush leaves can be used like a leafy vegetable, enjoyed blanched, sautéed, wrapped around fish or meat, used for stuffing poultry or in salads. Alternatively, the leaves can be dried and used as herb or sprinkle. There’s also an emerging trend of using it to flavour spirits or beer, and drying it out as a healthier and natural ‘potato chip’ alternative.

A Successful Agricultural Marriage Created one of the Best Australian Herbs

The Saltbush in today’s food industry has been carefully curated by managing director and commercial nurseryman of Outback Pride Bush Foods, Mike Quarmby. About 45 years ago, Quarmby was approached helping farmers in South Australia to rehabilitate degraded pastoral land in the area between Port August and Jonestown. What he soon discovered was that due to the over-pasture the “best types” of saltbush had also removed between these regions. All what was left was an extremely bitter-tasting species that livestock didn’t want to graze on. On a mission to get something tastier, Quarmby undertook a lengthy voyage to find unaffected, natural, nutritional Saltbush. He discovered and collected Saltbush’s seeds on an island located in the Lachlan River in New South Wales and from a 150-year-old Saltbush in Broken Hill.

Quarmby explained he crossed the two seeds in an enormous plantation trial and eventually a “super performer” was created. The result of this agricultural marriage was a tasty leafy vegetable with a natural array of protein, calcium, mineral salts and antioxidants. Mike Quarmby is now Australia’s most significant cultivator and supplier of the native plant, working together with Aboriginal communities and having a distinguished list of clients including chefs Peter Gilmore, Kylie Kwong and Mark Olive.

Used for Generations by the Indigenous Australians 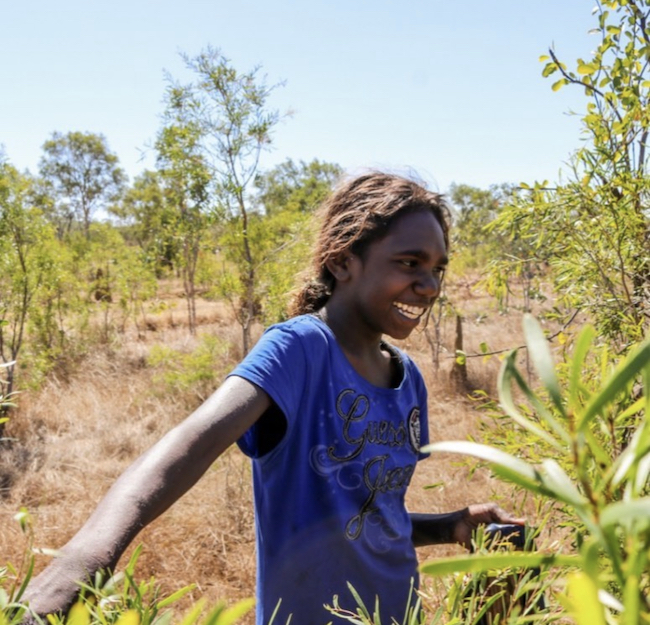 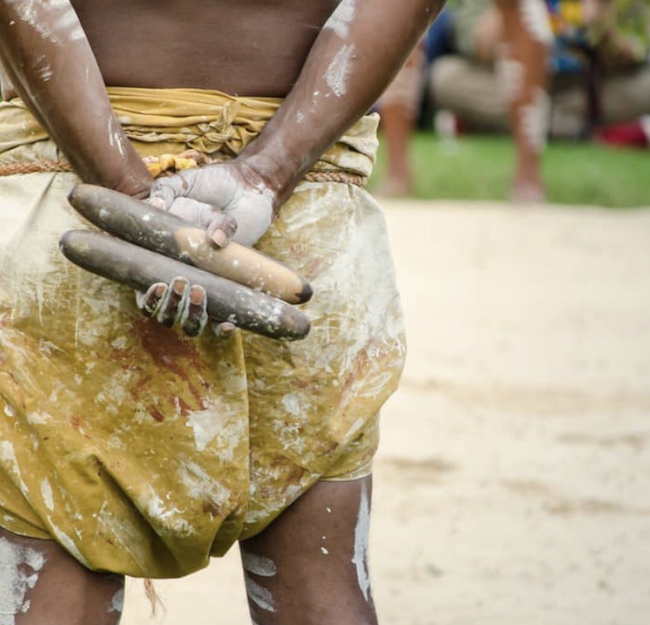 Quarmby explained why the tree is sometimes fondly nick-named ‘Old Man Saltbush’. This is because the tree is stoic and strong like an old man. And like an old man, Saltbush comes with numerous stories. During the time settlers from various European countries began clearing lands for farming (Especially in the ‘wheatbelt’), they got rid of this needed plant (and others) that played an important role in retaining the water table balance. This new situation did lead to increased salt levels in the soil to expand and eliminate salt-sensitive flora, destroy natural ecosystems, spoil drinking water and create areas of bare ground. Educator, horticulturist, Badawang elder of the Yuin nation and founder of Nura Gunyu Education Program, Noel Butler explains:

“Everything that has evolved in this land has evolved over millions of years. We have plants and animals here that you can’t find anywhere else in the world and it’s because they’ve developed in a really harsh changing climate and adapted to really impoverished soils, like phosphorus deficient soils. So everything has a place and role to play.”

With land degradation going on, alarming statistics of rising salinity have led a large number of farmers trying to regrow native flora. To a moderate extent of an ironic twist, now Saltbush is being planted strategically to help in the livelihood of the very industry which saw a huge amount of Saltbush removed from the land. Now, this salt-tolerant bush is mostly used to draw salt from the soil and decrease irrigation on the surface where it can damage and destroy salt-sensitive flora.

“Today farmers are now paying the price because they’ve got buggered up soil and the thing is to go back with nature, instead of trying to dominate it and you put it back and I think that’s a winner,” Butler explains. 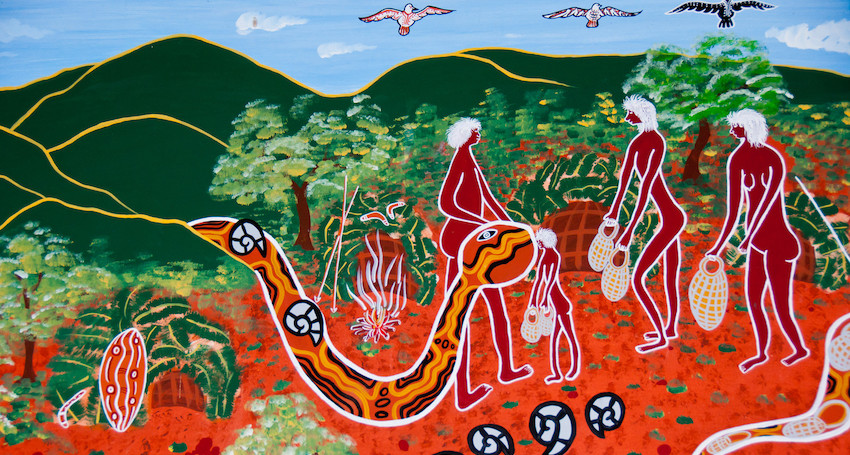 Where can you find Saltbush?

As Saltbush grows naturally in drier inland parts across most states and is long-lasting and flourishes year-round, the plentiful plant is an ideal product for retailers and restaurants to use. Specialty foods shops, farmers markets and eateries are gradually getting interested in this sustainable versatile food, but Noel Butler, who is forager, grower and supplier, states more promotion is necessary:

“Think of things other than lemon myrtle and macadamia nuts - we’ve got over 5000 species of edible plants out of the 24,000 endemic plants in this country and we’re not using any of them! You have a look at the so-called super-foods from other countries and we have far more superior foods that are barely utilised."

While Butler would appreciate a keener interest in the native food market, he’d also wish to see it stay just that, a native food market, not an overseas one. We at Ancient Purity are very proud that Australian Saltbush is now available in the UK. Butler says:

“We don’t want broad acre farming; we don’t want chemical companies starting to hybridise stuff and take it over. We want it to belong to Australia, we want Australian people to eat proper food that’s grown in these soils. We’re encouraging people to try our different foods, learn as much as you can and grow it and exchange it.”

The Old Man Saltbush is a crucial part of Aboriginal food, shelter and agriculture. Don't be salty... try this spice instead! The Old Man Saltbush (Atriplex nummularia) is known for its salty, earthy flavour and magnificent drought-tolerant properties, Old Man Saltbush can be eaten as great-tasting herb that is much lower in sodium (20%) than table salt, so it can be used as a splendid alternative. It grows on saline, low-lying clay soils such as food-plains, but is highly drought resistant and is planted for grazing fodder and to aid control salt in soils. Pour a teaspoon into curries, smoothies, sauces, stews or soups, or simply sprinkle some over roasted potatoes and boiled eggs for a rich, deep, and salty add-on! Minerals present in Old Man Saltbush include: Calcium, Phosphorus, Potassium, Sodium, Chlorine, Magnesium, Zinc, Copper and Iron.

By purchasing any of our Native Australian Super-foods you are supporting 'Red Dust'. Red Dust is a not-for-profit that inspires change in remote Indigenous communities through unique ‘community- as-family’ health programs. For more than 20 years they have walked alongside community leaders and elders to create strong futures for youth and their families.

“We are all visitors to this time, this place. We are just passing through. Our purpose here is to observe, to learn, to grow, to love… and then we return home.” – Australian Aboriginal Proverb 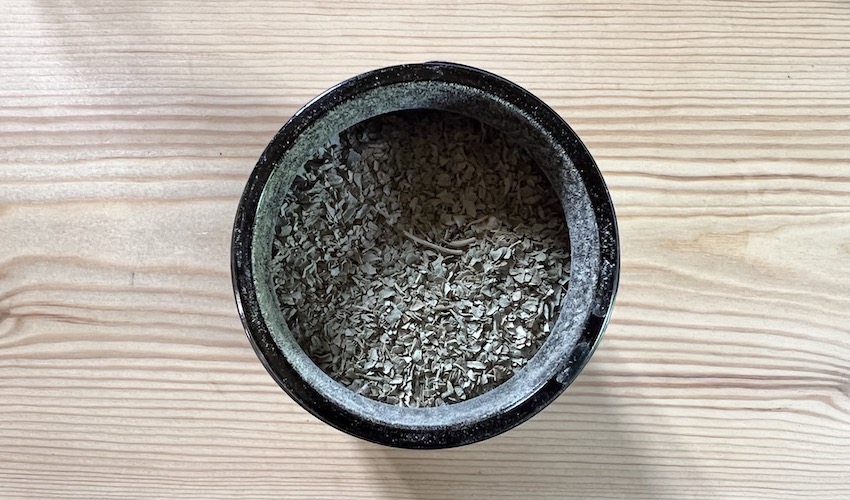