Pueraria Mirifica has been used historically throughout Thailand for centuries as for its hormone balance, anti-ageing and rejuvenating properties. It really is one of the major secrets of the youthful look and experience of the women in the North of Thailand and Burma. Now it is becoming very popular with women worldwide for its natural breast-enlarging ability. There are many women claiming that the volume of their breasts increased significantly within 45-60 days of taking 2 Pueraria Mirifica Capsules daily. 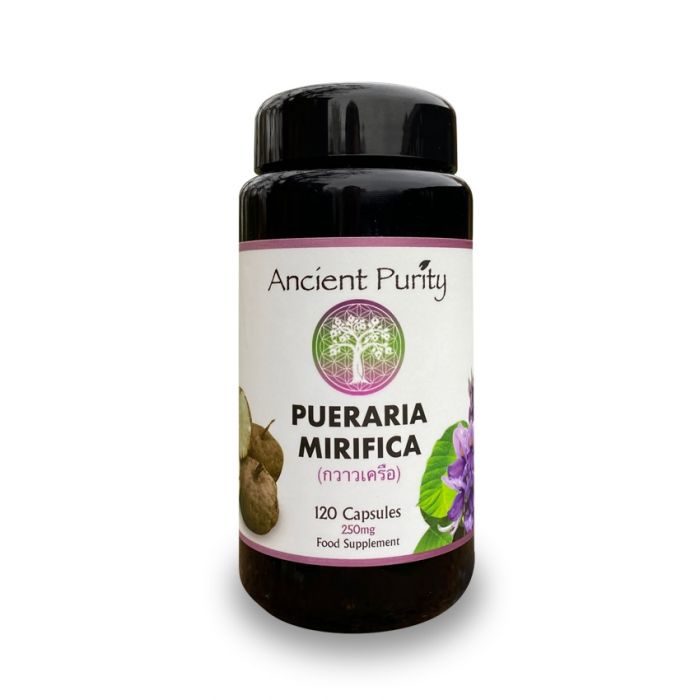 At Ancient Purity we have checked this and trust our source we also make sure the plants are harvested in the summer months as they show a much higher phytoestrogen content than those processed in the rainy and winter seasons. Due to its numerous benefits Pueraria Mirifica is considered a safe alternative to improve bone density, genitourinary epithelium, blood lipids, inflammatory markers, and general menopausal symptoms. Pueraria Mirifica may be considered an effective alternative to pharmaceutical hormone replacement therapy. Furthermore, research is suggesting the safe application of Pueraria Mirifica in cases of hormonal excess, hormone-dependent cancers and genetic over-expression of oestrogen receptors lending the plant wide utility in the general population. 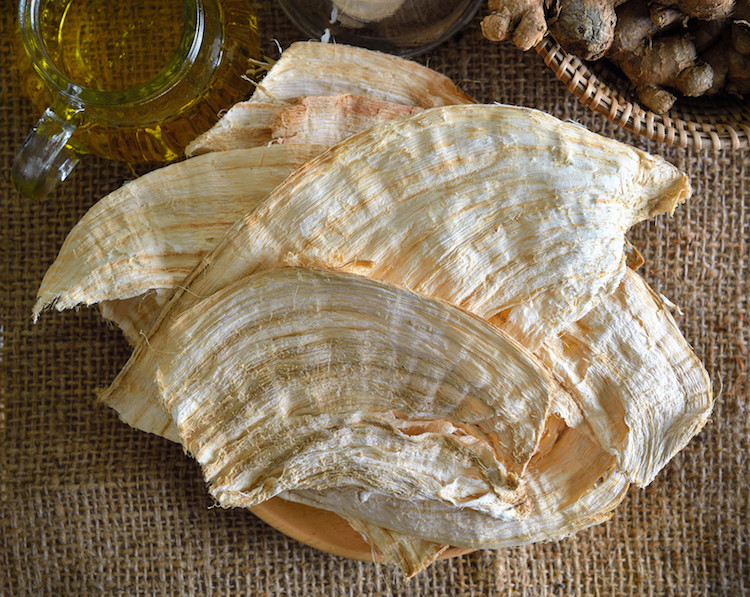 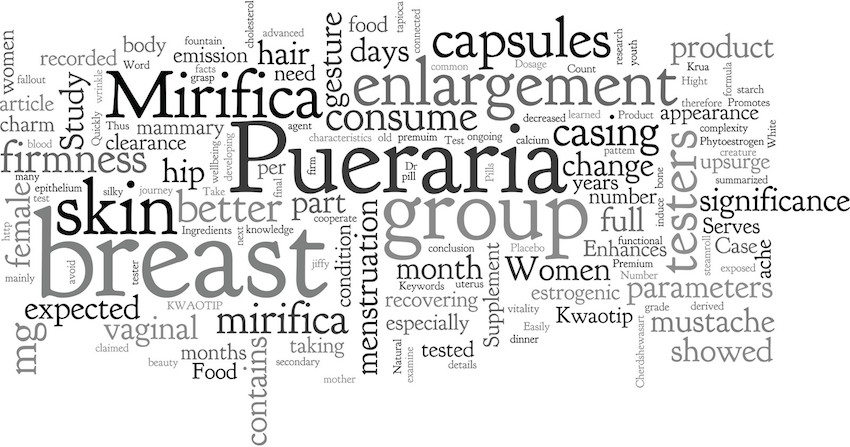 Although research into the use of Pueraria mirifica is fairly limited, several smaller studies have found that the herb is beneficial in treating common menopausal symptoms. A 24-week study published in Menopause In 2007 regading vaginal health you will find further down the page. The findings supported an earlier study in the Journal of the Medical Association of Thailand in which Pueraria mirifica improved vasomotor symptoms (such as hot flashes and night sweats) in 37 women experiencing menopause. After 24 weeks, women provided a daily 50-mg dose of Pueraria mirifica experienced the same level of relief as those given 100 mg per day. Pueraria Mirifica has been shown to alleviate vasomotor and other menopausal symptoms. The herb reduces FSH and LH levels in menopausal monkeys suggesting that an oestrogen-like effect exerts negative feedback to pituitary gonadotrophin release. FSH and LH levels returned to pretreatment levels upon cessation of the Pueraria supplementation. 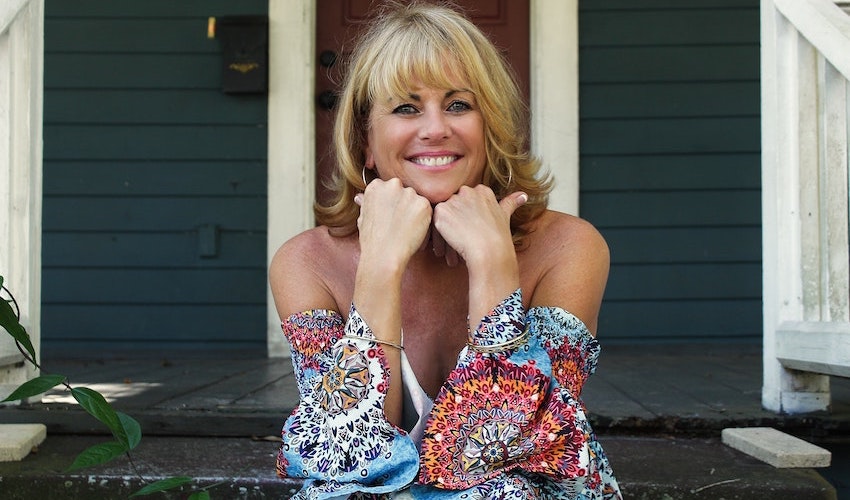 Another study done in Thailand where a group of women were given a Pueraria Mirifica supplement for one month. At the end of the study, the subjects noticed a significant decrease in night sweats and hot flashes. In fact, many of the women started to notice an improvement within one week. Pueraria Mirifica contains a compound called miroestrol. Researchers believe that this is the active constituent for alleviating menopausal symptoms.

A clinical pilot study found that Pueraria Mirifica at either 50 - 100mg daily for six months reduced perimenopausal symptoms of hot flashes and night sweats. Serum estradiol increased slightly with no detectable changes in FSH or LH levels. A larger follow up clinical trial compared the effects of Pueraria Mirifica to conjugated equine oestrogen, with and without medroxyprogesterone. There were no significant differences between treatment groups with respect to climacteric symptoms, and all participants reported some relief of vasomotor, urogenital, and psychological symptoms. There were no significant differences in FSH, LH, or serum estradiol levels between the groups, indicating that Pueraria Mirifica was as effective as conventional pharmaceutical therapy. 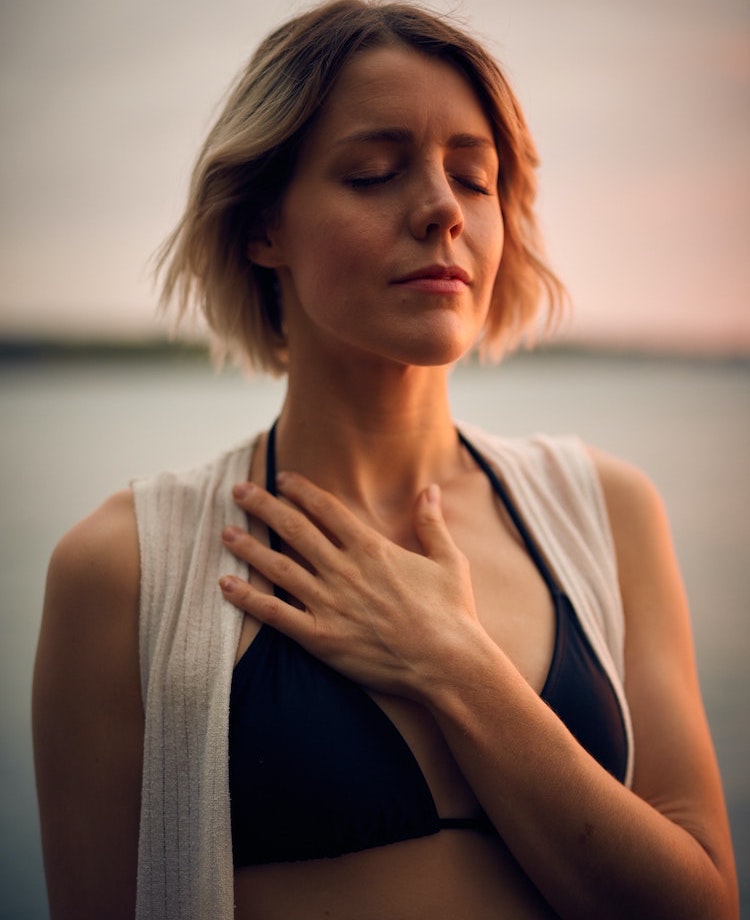 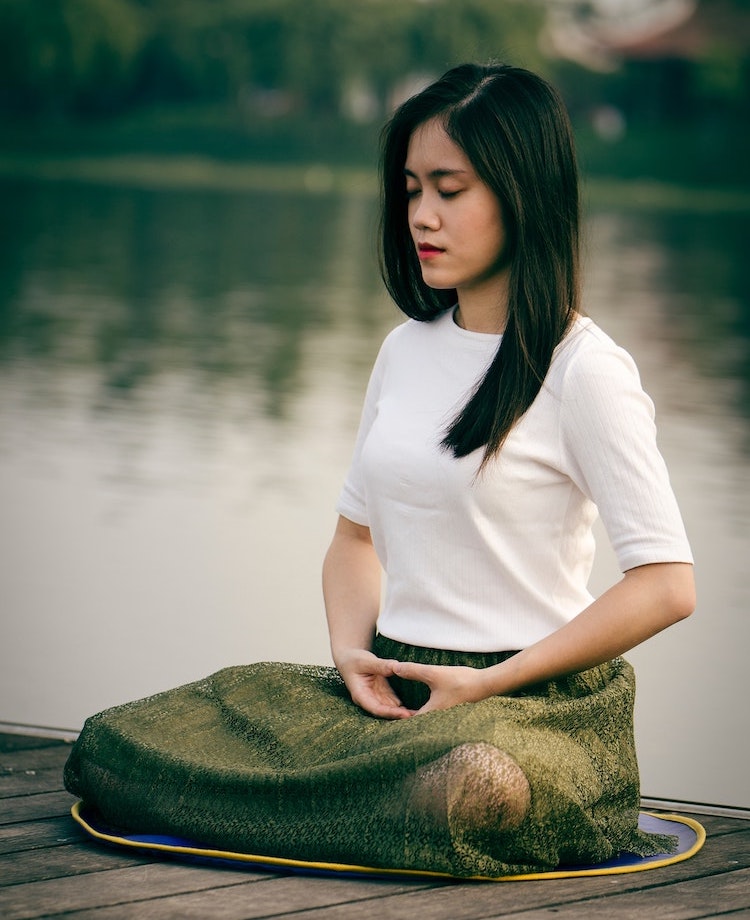 Women who are looking for an alternative to breast augmentation often turn to Pueraria Mirifica. One study has suggested that 70% of women who use Pueraria Mirifica notice an increase in their breast size. Not only does it increase breast size, but it can also reduce the appearance of stretch marks.

Many sellers of Pueraria Mirifica claim taking the capsules will add 1 to 3 cup sizes to your breasts and will make them fuller and firmer by stimulating the development of the mammary tissues and glandular tissues. Women in Thailand have been using the herb for decades to add firmness and fullness to their breasts.

Peuraria Mirifica has been featured on UK television and had articles in mainstream newspapers, both showing how Mirifica has actually worked for over 90% of women used it. Typically Pueraria Mirifica gave women gains after just two months. Further tests have given great news in that Peuraria Mirifica doesn't have to be taken repeatedly. After around two or three months, changes can be permanent. Remember this does is specifically for breast growth, Ancient Purity recommends continued use under the cycling regime for the other benefits. 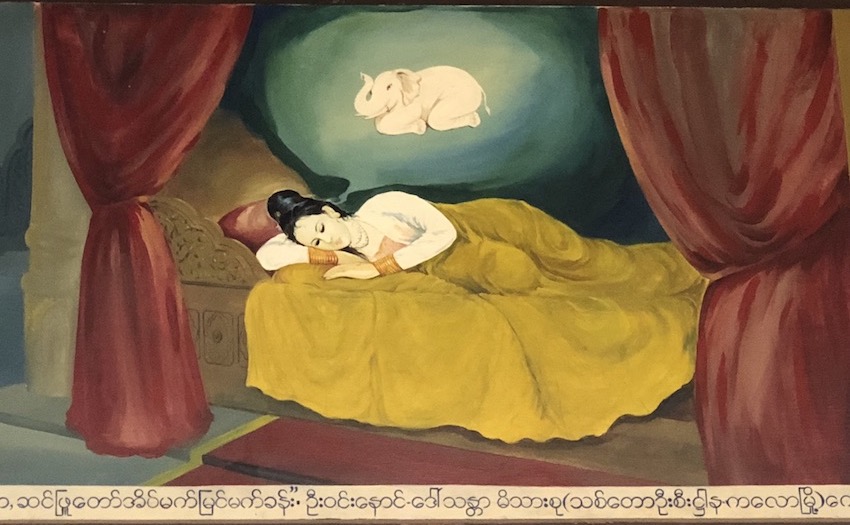 A 24-week study published in Menopause In 2007 investigated the use of Pueraria Mirifica in doses range from 10 - 50mg and concluded that it was far more effective in reducing vaginal atrophy (wasting) and alleviating vaginal dryness and dyspareunia (pain during intercourse) than a placebo.

More recently, a 2017 study published in Menopause reported that a vaginal gel containing Pueraria mirifica was nearly as effective as conjugated estrogen cream in preventing vaginal atrophy. Although the following information talks about topical use of Pueraria Mirifica, we still want you to know about its overall abilities. It may be an effective topical therapy for promoting the health of vaginal tissue and treating vaginal dryness. Also you are able to get creative with these Pueraria Mirifica capsules and add them to a natural gel and apply yourself. The decreased production of oestrogen and progesterone can affect the thin layer of moisture that coats the vaginal walls.

The Kwao Krua cream significantly improved symptoms of vaginal irritation and dryness. Nonetheless, the study concluded that the oestrogen cream was more effective overall. Though these results are promising, more research is needed to understand how the plant may be used to support vaginal health and whether its benefits are better than other conventional treatments. 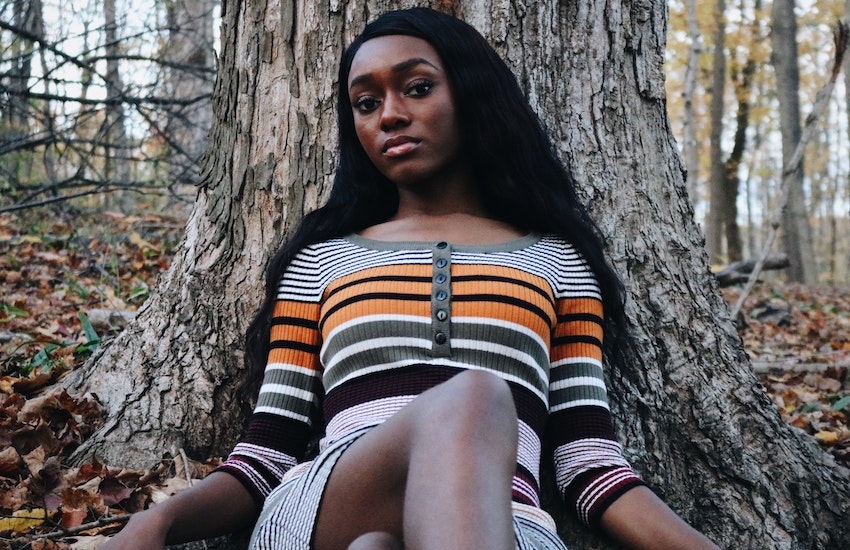 The Heart of Natural Health

Pueraria Mirifica may also benefit your heart health especially since heart health may be affected by decreased estrogen levels during and after menopause. Oestrogen is involved in the metabolism of fats and sugars within your body. Reduced oestrogen levels can negatively influence factors that affect your heart health, such as higher cholesterol, increased inflammation, and weight gain. One 90-day study in rabbits with low estrogen production on the effect of Pueraria mirifica on artery function found that the supplement significantly improved blood vessel function, compared to the control group.

The plant may also improve heart health due to its potential effects on cholesterol levels. HDL or “good” cholesterol plays a role in keeping your arteries free from plaque. Thus, higher levels of this type of cholesterol promote heart health. Conversely, having higher levels of “bad” LDL cholesterol is associated with a greater risk of heart disease. Therefore, lower levels of this compound are favourable. A 2-month study in 19 postmenopausal women concluded that taking Pueraria Mirifica supplements increased HDL cholesterol by 34% and reduced LDL cholesterol by 17%. These studies point to a possible heart-protective effect of Pueraria Mirifica in certain populations. At this point, larger human studies are needed to draw conclusions regarding the specific role the plant supplement may play in preventing heart disease. 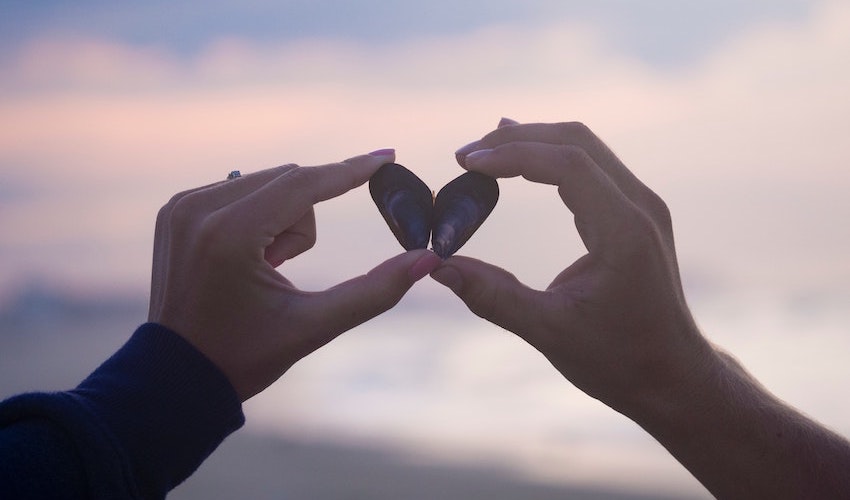 Are you ready for Pueraria Mirifica... 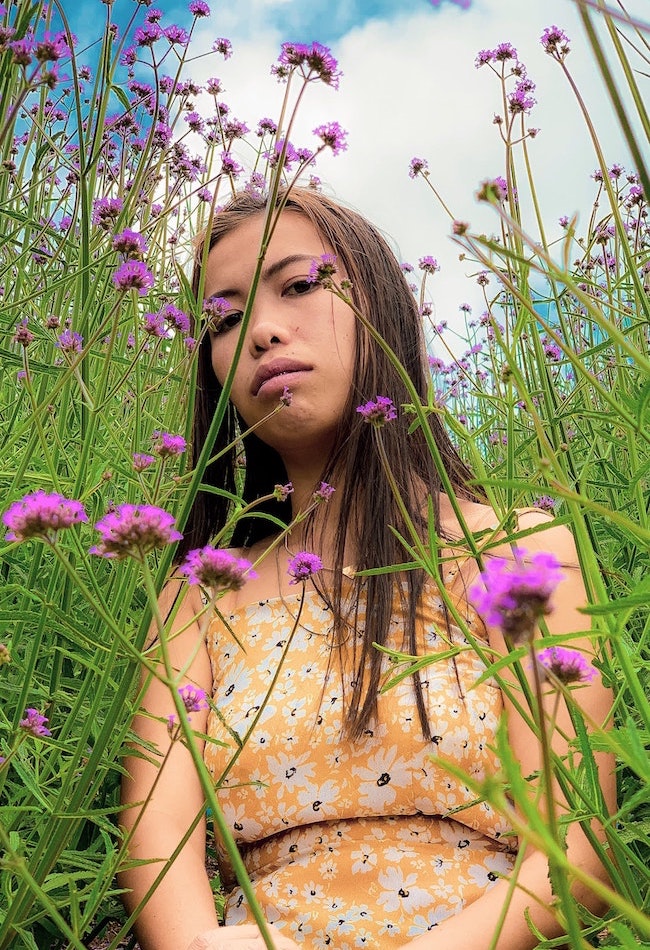 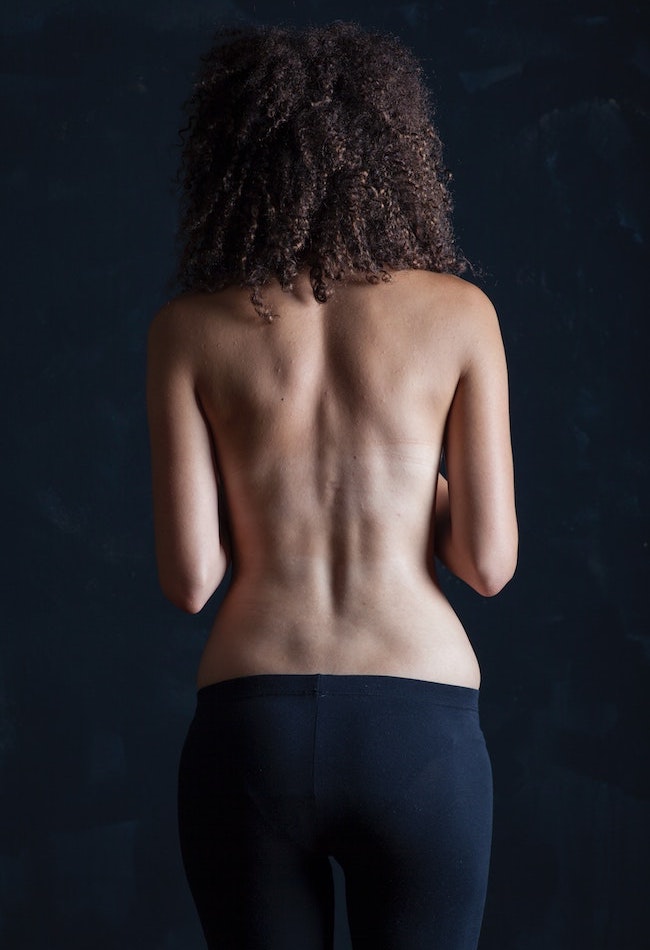 Pueraria Mirifica is known to have powerful anti-ageing benefits... As the body ages, hormone levels begin to slow or stop altogether, which can cause various issues in some individuals, including fatigue, thinning hair, decreased libido, wrinkles, and more. However, Pueraria Mirifica’s Phytohormone content, which mimics the effects of our body’s own hormones, can help restore hormone balance to the body and alleviate many symptoms associated with aging.

Pueraria Mirifica is a great choice for people who want to naturally fight aging. This supplement contains flavonoids and miroestrol compounds, which have all been shown to be effective for fighting aging. A reduction in gray hair and cellulite, increased energy, improved memory and improved circulation are some of the benefits that people have reported after taking Pueraria Mirifica. 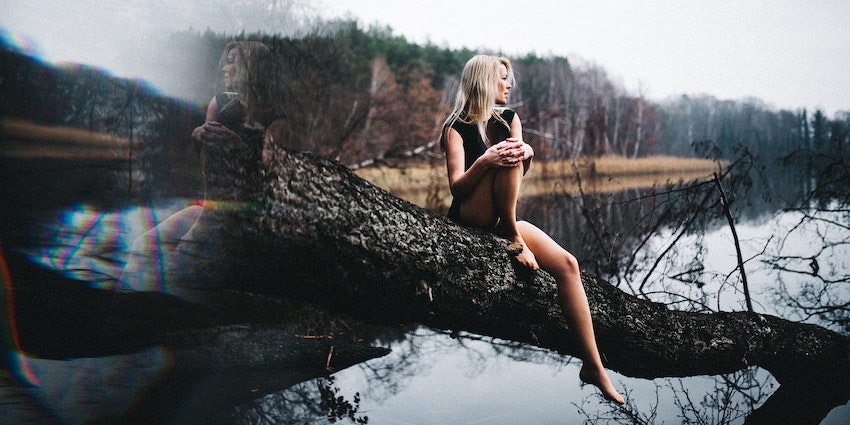 Ancient Purity doesn't recommend Pueraria Mirifica for men becuase it boosts oestrogen, but for transgenders who are lossing hair and happy with oestrogen increase Mirifica would be a good choice. 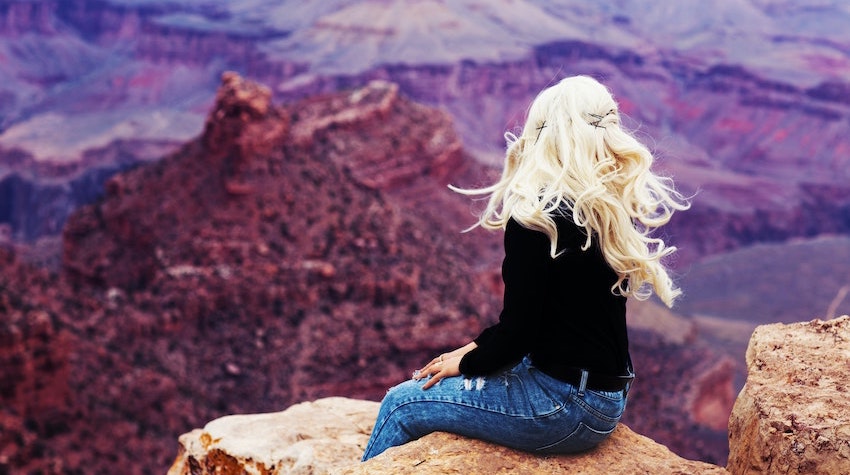 Some of the great information we have on Pueraria Mirifica was originally understood through a publication of the booklet containing the reference to the plant's use in ancient times, with the author Luang Anusan Suntara claiming in his publication use of the ingredient reduced wrinkles, got rid of gray hair, improved eyesight and memory, along with other benefits. The plant's name originates from the Latin puer 'boy', 'child' and mirificus 'wonderful', 'miraculous'.

Evidence of the use of Pueraria mirifica can be definitively identified as early as the 13th Century AD. The ancient capital of Burma, known then as Pookham but now called Bagan, was one of the most important centers of knowledge in the Asian region until being sacked and partially destroyed by Kublai Khan's Mongol invasion of the late 13th Century. In 1931 a text was discovered secreted within the walls of a Buddhist temple that predated the Mongol invasion. Originally written on palm leaves, and translated into English and published in 1931, the document includes the instructions: 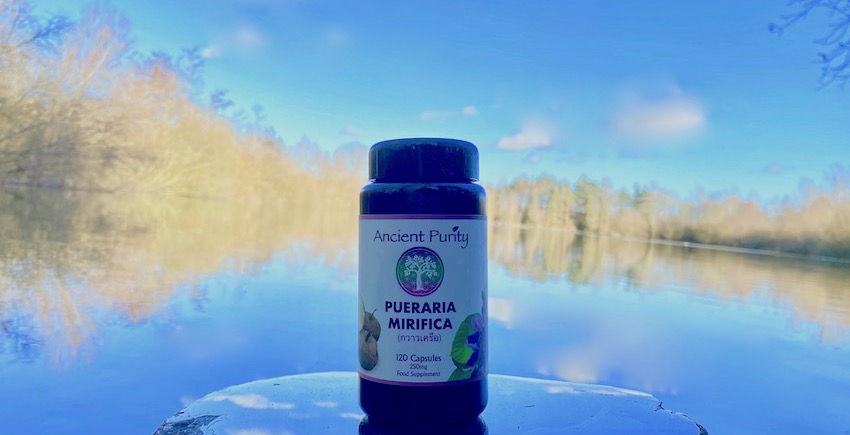 For Specific Menopause use: We recommend taking with Dong Quai and Magnesium Spray. Both you will see in "Related Products" at the base of page.

NOTE: We highly recommend taking this herb for a minimum of 60 days. The jar is for 1 single 60 day cycle. The results seen in studies and research showed optimum results at 45-60 days. We want you to experience this in the most effective way and believe this is it.

WARNING: If you are pregnant, nursing, have any health condition or taking any medications, Do not take this product without consulting a healthcare professional. If you have been diagnosed with any disease or been warned you may be a high risk of one of those diseases do not take this product.