Chaparral (Larrea Tridentata) comes from the creosote bush, which grows in the western deserts of the USA. Chaparral was historically burned to promote calmness and a feeling of security. Ancient tribes believed it amplified extrasensory perceptions. Chaparral's fresh, clean, "just after the rain" scent was also used for purifying and welcoming a brand new day. May people burn Chaparral in celebrations and ceremonies such as sweat lodges, at Ancient Purity we often burn it at the beginning of our monthly Cacao Ceremonies. Some of the Native American tribes said Chaparral was the first plant ever created by their highly respected ‘Mother Earth’. You will find warnings on the use of Chaparral Tea online especially alternaive cancer uses, these warnings are not applicable to the Incense, as you are not consuming it. Burn and Enjoy the Moment. 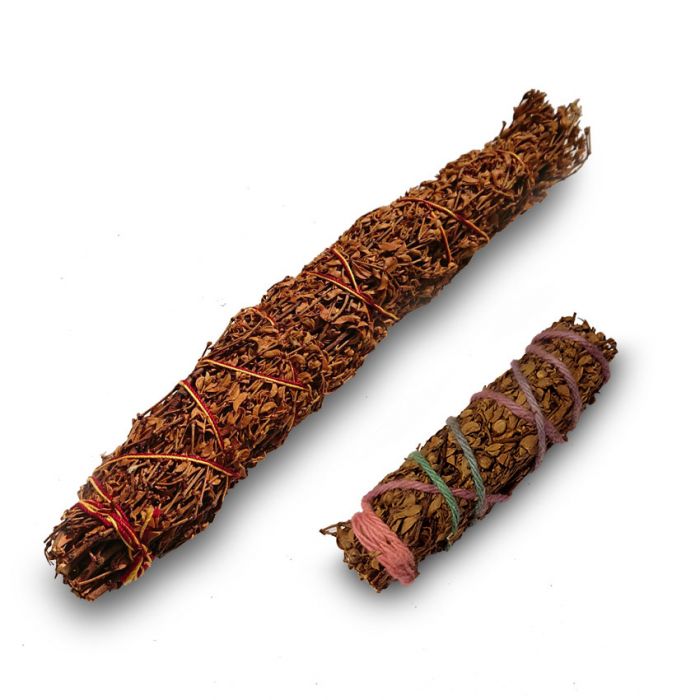 Ancient Purity presents Chaparral (Larrea Tridentata) in a form of a dried smudge stick of Incense. Chaparral is a powerful healing herb that grows in the desert regions of the American Southwest among other places. Chaparral just grows wild all over the place. The chaparral plants just seem endless... Chaparral is also a powerful antibacterial and antiviral plant. The plant is the creosote bush, or chaparral, also known as greasewood, and is a member of the oak family.

The Indians have used Chaparral herb for many internal body malfunctions as well as for rash and acne-type skin eruptions, for hundreds of years. Chaparral has antibiotic and antiseptic properties along with immune stimulating substances. You can read all about it in Richard Melvin Lucas’ book: Miracle Medicine Herbs (Reward Books). Chaparral contains a powerful antioxidant called NDGA (for nordihydroguaiaretic acid) that has been used as a food preservative and may account for some of its medicinal properties. 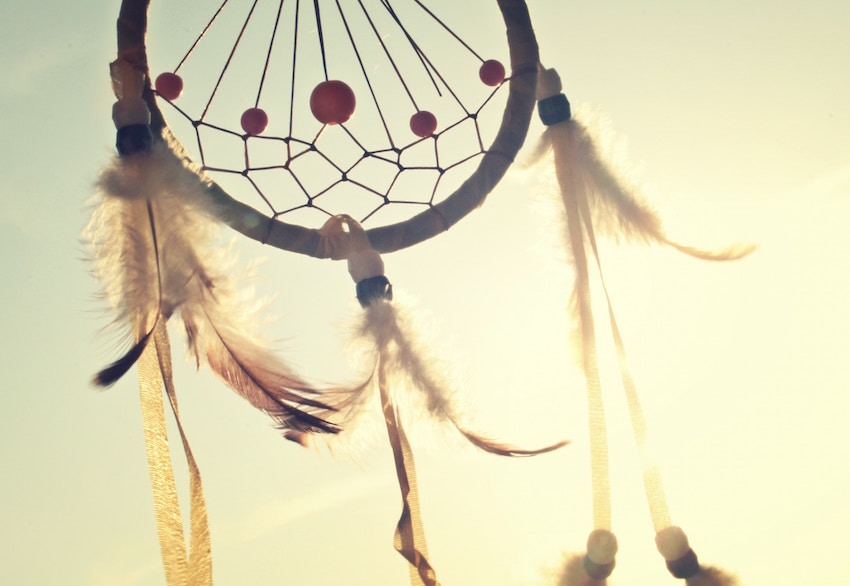 Used traditionally by Native Americans for its medicinal properties, Chaparral (Larrea tridentata) is a hardy desert plant found primarily in Mediterranean climate regions. Chaparral comprises over 20 species which survive the extreme conditions of desert life and can live to be over 10,000 years old. The Native American Indians drink Chaparral tea to help alleviating the symptoms of bronchitis and the common cold. They also used and believed it could alleviate rheumatic pain, stomach pain, chicken pox, and snake bite pain. In addition, the American Indians used Chaparral for arthritis, bowel cramps, gas, colds, and chronic skin disorders.

Ancient Purity Chaparral is wild-crafted and harvested directly from the USA. The Chaparral is dried using a unique low-temperature process which helps to maintain the leaves in a pure and unadulterated state. Although there is much information about its serious power in a certain health protocol as a tea, Ancient Purity believes in the ancient tradition of smudging, the incense of this incredible herb could provide many benefits. In fact due to possible side effects we think it is far safer to simply use the Incense.

Chaparral, as mentioned above, is commonly known as the creosote bush and is considered by many herbalists, shamans, alternative healers and natural health enthusiasts to be one of the strongest and most effective antioxidants found in nature. The medicinal potential of this herb ranges from antiviral, antibacterial and anti-inflammatory properties to immune support and pain relief. The NDGA found in Chaparral has been shown to support cardiovascular health. NDGA also has neuro-protective properties.

"In our bones we need the natural curves of hills, the scent of Chaparral, the whisper of pines, the possibility of wildness." - Richard Louv

Much is also written about Chaparral’s antioxidant value. In John Heinerman’s book, Heinerman's Encyclopedia of Fruits, Vegetables and Herbs, he says:

“It seems like a good idea to take one Chaparral capsule after consuming a Big Mac and French fries in order to offset some of the damage all of those free radicals you've ingested are capable of doing."

And while Chaparral may not hold quite the same promises expected of Ginseng for longevity, it can certainly help to slow down the ageing process quite a bit from the foods we eat on a daily basis.But again Ancient Purity is recommending you experience Chaparral through enjoying its rejuvenating essence. We also absolutely love the smell and regularly burn it at our place. Somehow it makes us calmer and better focused on our work. 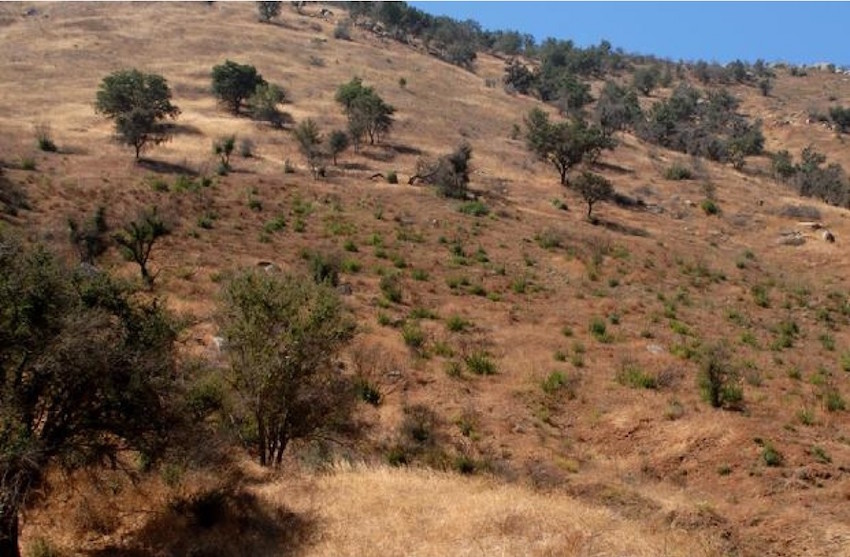 If you’ve ever been to the Southwest of the USA, you’ve probably seen Chaparral at some point. Indigenous to the Southwest area of the USA and the desert areas of Mexico, Chaparral may be one of the most potent herbal antioxidants. Native Americans have used leaves from the Chaparral plant for centuries. In fact, some tribes claim it to be the very first plant ever created by Mother Earth. The first land plants appeared around 470 million years ago, during the Ordovician period, when life was diversifying rapidly. They were non-vascular plants, like mosses and liverworts, that didn't have deep roots.

About 35 million years later, ice sheets briefly covered much of the planet and a mass extinction ensued. We recommend reading more on Chaparral in Sam Biser's : Save Your Life Collection: A Layman's Course in Curing Last-Stage Diseases. Another book by John Heinerman, called Heinerman's Encyclopedia of Fruits,Vegetables and Herbs provides interesting information as well.

Chaparral is often on everyone's blacklist. According to the FDA in the USA, Chaparral has been linked to serious liver damage. The FDA has recorded two deaths and 10 cases of hepatitis or other liver abnormalities in users. The reality of the situation, though, is that the evidence for Chaparral liver toxicity is anecdotal. It is not the result of any double blind studies or of any clinical trials. For example, one of the cases the FDA likes to single out can be found in the Journal of the American Medical Association (273 (6):489). The details of the case concern a 60-year-old woman who developed jaundice and liver failure while taking one to two capsules of chaparral each day with a pinch of garlic in a tea made from nettle and chickweed. The authors of the JAMA article concluded it was the Chaparral that caused the liver problems. What is fascinating is that the patient in question was also consuming atenolol, aspirin, was on a nitro patch, and occasional acetaminophen, as well as diltiazem hydrochloride which are all drugs with profound hepatotoxic potential. Amazingly, none of these other substances was even considered as a possible cause of the liver problems by the authors...or the FDA. What a surprise! Nevertheless (and despite the fact that extensive studies on chaparral in the 1970s and 1980s were unable to find any hepatotoxic properties), in December of 1992, FDA Commissioner David Kessler announced, "The public should not purchase or consume Chaparral."

After these allegations of liver toxicity by the FDA, manufacturers voluntarily restricted sales of Chaparral for several years until the reports were investigated. Following a lengthy review, a panel of medical experts concluded "no clinical data was found... to indicate chaparral is inherently a hepatic toxin." In late 1994, this report was submitted to the FDA. The American Herbal Products Association (AHPA) now recommends that companies that offer products for sale for internal use that contain Chaparral should provide labelling that contains the following informational language: Rare reports of serious liver disease have been associated with ingestion of Chaparral. Seek advice from a healthcare practitioner before use and, in so doing, inform them if you have had, or may have had, liver disease, frequently use alcoholic beverages, or are using any medications. Discontinue use and see a doctor if vomiting, fever, fatigue, abdominal pain, loss of appetite, or jaundice (e.g., dark urine, pale stools, yellow discoloration of the eyes) should occur. Again, Ancient Purity are simply recommending burning Chaparral and smelling the scent of its Ancient Healing Powers.

The cleansing Chaparral Incense Ancient Purity offers here is also known as ‘Sacred Desert’ or ‘Desert Spirits Blend’. Not sure yet. The desert is a spiritual and mystical place that’s been the refuge of seekers for thousands of years.  And here we have incense that incorporated one of its most potent native plant spirits. The scent of Chaparral Incense really takes over its surroundings, and it is that power of clearing and purity that we wanted to incorporate into this blessing natural wand. Moreover, the timelessness of this ancient plant could be perfect for inner mystical journeys, mystical practice and “time traveling”. It has been traditionally used by the mystics and peoples of this land for smudging and blessing. Get spiritual, connect with Mother Earth, and light up some Chaparral Incense!

“The thing about hiking the Pacific Crest Trail, the thing that was so profound to me that summer - and yet also, like most things, so very simple - was how few choices I had and how often I had to do the thing I least wanted to do. How there was no escape or denial. No numbing it down with a martini or covering it up with a roll in the hay. As I clung to the chaparral that day, attempting to patch up my bleeding finger, terrified by every sound that the bull was coming back, I considered my options. There were only two and they were essentially the same. I could go back in the direction I had come from, or I could go forward in the direction I intended to go.” - Cheryl Strayed 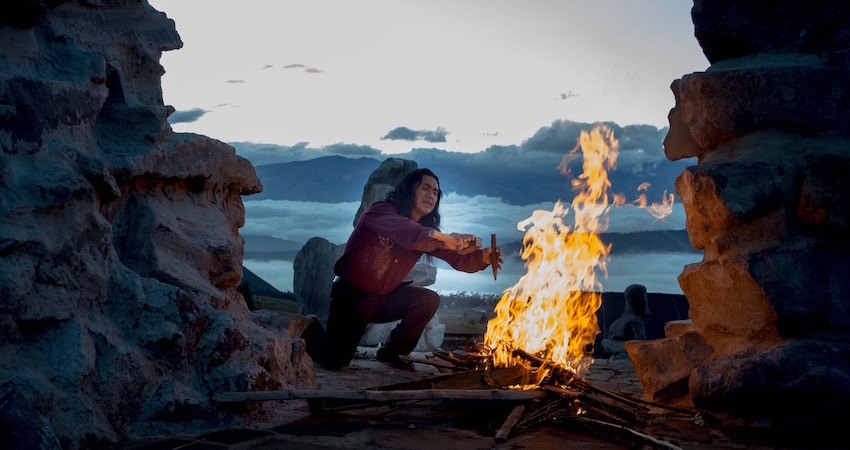