Nettle Root from the Stinging Nettle Plant (Urtica dioica) has a long tradition of medicinal use. Nettle was historically used to treat joint pain and help rid the body of excess water. It's also rich in natural Silica and Vitamins. Ancient Herbal medicines such as Nettle have been used in many studies to promote prostate health, and desirable results have been achieved in this regard. Our Nettle Root Powder is one of Mother Nature’s many medicinal treasures. People have been using Nettle Root to treat various ailments for centuries, and the remedy is still in use as a medicinal aid today! Nettle is a herbaceous, perennial plant native to Europe and most temperate regions of the world. It can grow to a height of 2 metres; the roots can spread underground for approximately 2 metres in width. The bright yellow coloured roots are comprised of rhizomes and stolons. Stinging nettles are a greatly misunderstood herb that has been put aside for way too long. The entire plant is of value including the leaves, roots, stems, and flowers. Stinging nettles would have been eliminated years ago from the many insects and animals eating this miraculous plant, had it not been for the stings. Add ground Nettle Root Powder to soups, smoothies, vegetable dishes or just in pure water. 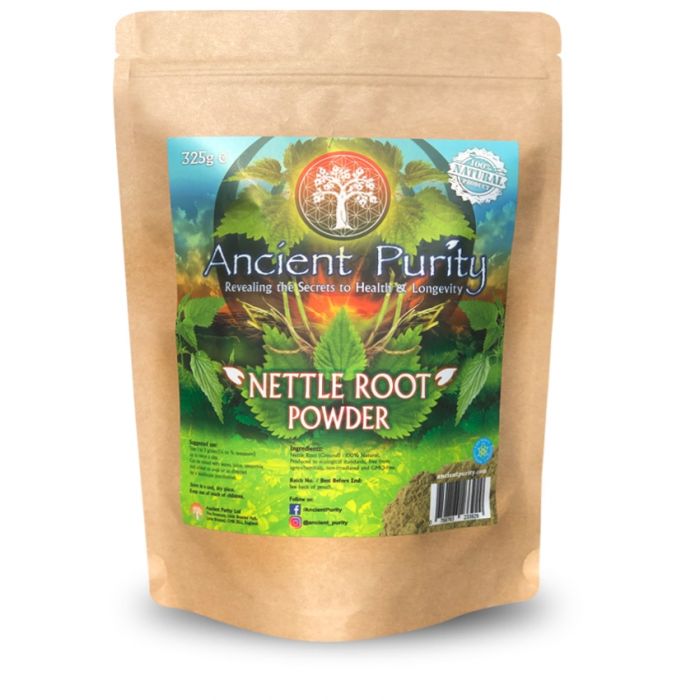 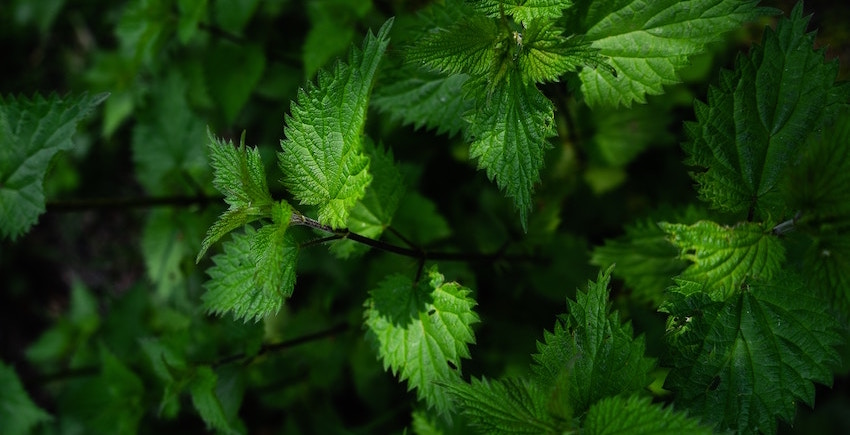 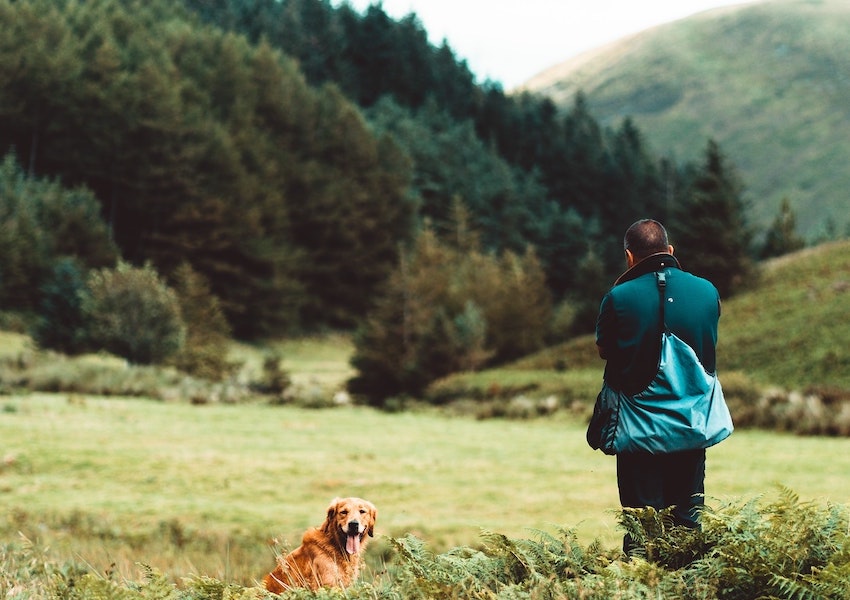 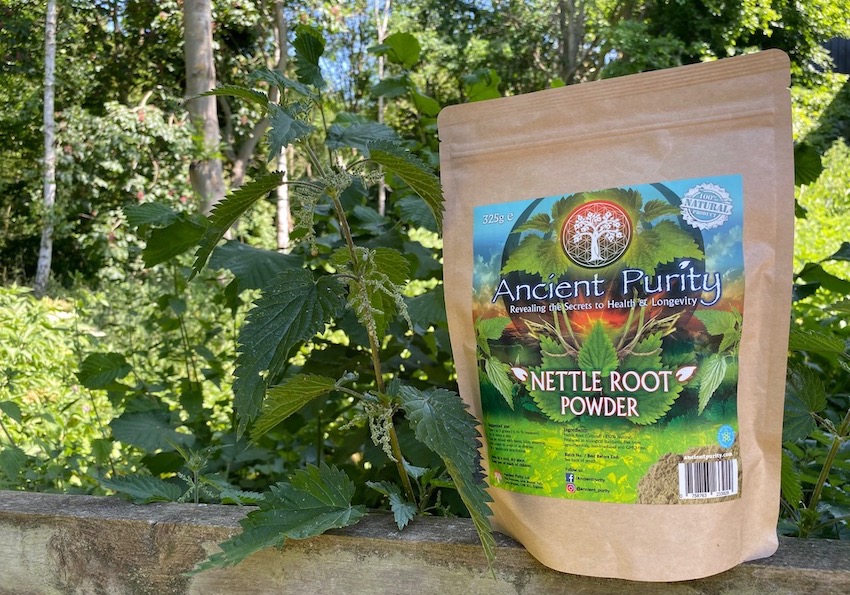 Stinging Nettle has been used since ancient times to alleviate muscle and joint pain, eczema, gout, arthritis and anaemia. Today, numerous people use it for urinary issues during the early stages of an enlarged prostate. Stinging Nettle is a nutritious plant popular in Western herbal medicine. Scientific research suggests that it may decrease inflammatory conditions, hay fever symptoms, blood sugar levels and blood pressure — among other benefits.

WARNING: In addition to possible side effects, Stinging Nettle, as a supplement and as a foodstuff, may cause adverse side effects with certain medicines. If you are taking blood thinners or high blood pressure medication, be aware that Stinging Nettle can affect your blood’s clotting ability, as well as potentially lower your blood pressure, reducing and enhancing the effects of these medications respectively. Nettle Root Powder may also increase the effects of diabetes drugs, diuretics, and non-steroidal anti-inflammatory medications. Stinging Nettle may make it harder for your body to rid itself of lithium as a result of its diuretic effect. Lastly, Nettle Root Powder can also change your menstrual cycle, leading to possible miscarriage, so pregnant women should absolutely not take this.

We all know that washing down a Big Mac with a Diet Coke does nothing to erase the fat and calories your fast-food indulgence is packing. But what if washing it down with a nice cup of Stinging Nettle Tea? It could actually neutralise the fat bomb's fat-packing effects!

A recent study published in the scientific journal Nutrients appears to suggest that may be the case. And as you'll see, it actually makes a good bit of sense. Based on their own prior research, which showed that Nettle Root Powder could improve blood sugar metabolism in mice, the scientists, led by Dr. Diane N. Obanda, had reason to believe that feeding Nettle Root Powder to the mice might actually prevent the mice from gaining weight, even while being fed a high-fat diet.

Ingredients for one glass (approximately 25 cl)

• Mix all ingredients in the juice extractor.

TIP: Serve this drink in your favourite Chakra Affirmation Glass. Drinking vitalised juice or water influenced by special colours, symbols, words of affirmation and the shape design based on the Golden Ratio, can help us to balance our chakras.

Q: Can I use Nettle Root for my Hair & Scalp?

A: Those with thinning hair, dandruff, scalp infections, and hair loss after chemotherapy or giving birth, can try rubbing the scalp every morning and night with Nettle liquid extract. The mild hormonal effect of Nettle Root taken internally strengthens the effect of the external applications.

Q: What is the traditional use of Nettle Root?

A: Nettle Root is specific for prostate health (especially for alleviating the symptoms of benign prostatic hyperplasia), and the seeds are used as a kidney-rejuvenating tonic in Traditional Chinese Medicine. The tannin in the root has been used as an astringent enema to shrink haemorrhoids and reduce excess menstrual flow.

Q: Does Nettle Root interact with any medications?

A: Possible Interactions Stinging nettle may affect the blood's ability to clot, and could interfere with blood-thinning drugs, including: Warfarin (Coumadin) Clopidogrel (Plavix) Aspirin.