For centuries, the Japanese kept Matcha Green Tea a guarded secret to the outside world. Now anyone wishing to harness its incredible health benefits can try it and we present the best of the best, exclusive Ceremonial Matcha Green Tea traditionally used in the sacred Japanese Tea Ceremony. Matcha is high in a catechin called EGCG (epigallocatechin gallate), which is believed to have illness-fighting effects on the body. Scientific studies have linked Matcha Green tea to a variety of health benefits. This is Ancient Purity's favourite ever Matcha (I can't tell you how many i've picked up in health food shops and actually tried in Japanese restaurants)... This Organic Ceremonial Matcha Green Tea is primarily cultivated in the Nishio region in the Aichi prefecture in Japan. Rich in the historic success of Matcha Green Tea cultivation, the Nishio region is one of Japan’s best kept tea secrets. This luxury tea is steeped in tradition: We’re so excited to be able to offer you not only the highest quality organic Matcha Green Tea, but a very exclusive ceremonial grade Matcha Green Tea used in the traditional Japanese Tea Ceremony called ‘Chanoyu.’ 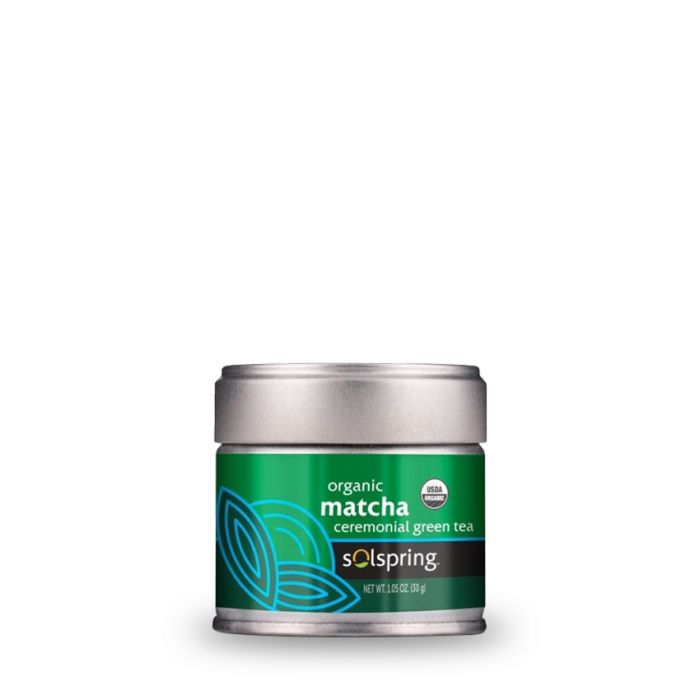 This is Ancient Purity's favourite ever Matcha (I can't tell you how many i've picked up in health food shops and actually tried in Japanese restaurants)... This Organic Ceremonial Matcha Green Tea is primarily cultivated in the Nishio region in the Aichi prefecture in Japan. Rich in the historic success of Matcha Green Tea cultivation, the Nishio region is one of Japan’s best kept tea secrets.

Packed with nutritional properties, this Matcha Green Tea contains natural sources of dietary fibre, vitamins A and C, chlorophyll, beta-carotene (Up to 9 times more than spinach) Potent amino acid L-Theanine and abundant antioxidants - over 100 times the epigallocatechin gallate (EGCG) catechin antioxidant than standard green tea, it literally provides a plethora of nutritious ingredients not often found in many foods and beverages. This luxury tea is steeped in tradition: We’re so excited to be able to offer you not only the highest quality organic Matcha Green Tea, but a very exclusive ceremonial grade Matcha Green Tea used in the traditional Japanese Tea Ceremony called ‘Chanoyu.’ 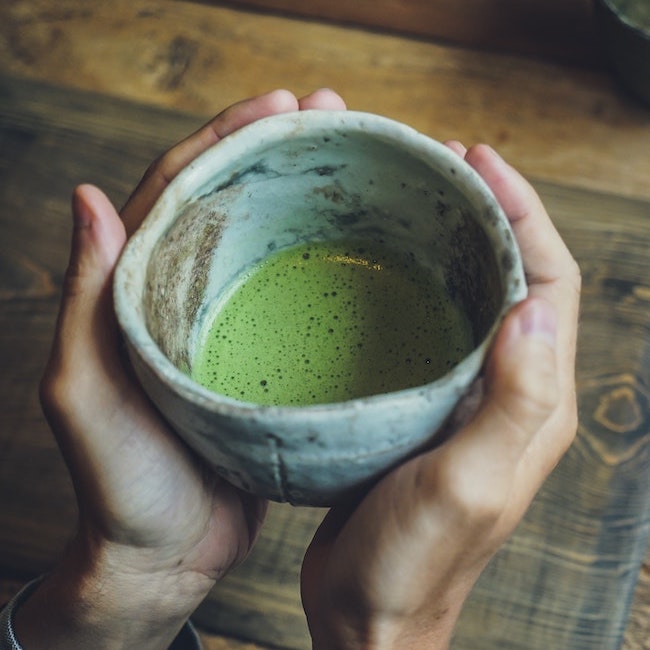 What sets Matcha and regular green teas apart are the distinct differences in cultivation, harvesting, production and its nutritional profile. To produce organic Matcha Green Tea, the tea bushes must be shaded from sunlight 20 to 30 days before harvest. Protecting the leaves from direct sunlight stimulates the production of amino acids and increases the chlorophyll levels. After the finest Tencha leaves are harvested by hand, they are steamed to preserve their colour and nutrition potential. The leaves are then dried and aged in cold storage, their stems and veins removed, before being stone-ground on a granite block until they turn into fine powder. This milling technique does not expose the Matcha to harmful heat that could degrade the fragile antioxidants.

Unlike other tea variants, which are served by soaking the tea leaves in hot water, Organic Matcha Green Tea is prepared by whisking the powder in hot water until a layer of froth is formed. When compared to many traditional brewed green teas, with Matcha, the entire tea leaf is consumed in powdered form when drinking. This helps retain the potential nutrient-rich value available from the leaf. Matcha Green Tea has a greater concentration of antioxidant properties than fruits such as blueberries and strawberries, as well as orange juice. Naturally low in calories and sugar, with the added benefits associated with consuming the whole high-quality tea leaf, Matcha also contains potassium, iron and magnesium. There are few, if any, enjoyable teas (or even other beverages) available coming close to the nutritious ingredients found in organic Matcha Green Tea. 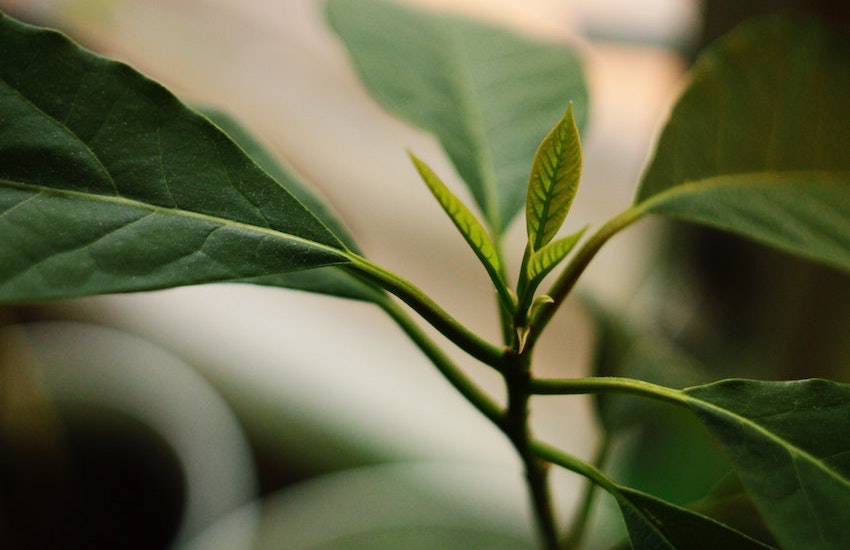 By the 13th century, samurai warriors had begun preparing and drinking Matcha Tea in an effort to adopt Zen Buddhism, and the foundations of the unique Japanese Tea Ceremony began to emerge. Today, there are many Matcha Tea options out in the marketplace for you to choose from. However, you need to realise that -- just like all green teas are not created equal -- the same holds true for Matcha, and even organic Matcha. How an exclusive Japanese tradition bestows the "Best of the Best"... After water, Green Tea happens to be the most widely consumed beverage on earth. For centuries, Matcha Green Tea has been kept a guarded secret. Why? The Japanese desired to keep their tea ceremony very exclusive and closed to the outside world.

Plus, the people of Japan wanted to keep this scarce form of green tea with its numerous nutritious properties strictly to themselves. Well, just like everything else, over time things change… We at Ancient Purity are excited to be able to offer you not only the highest quality Organic Matcha Green Tea, but a very exclusive ceremonial grade Matcha Green Tea used in the traditional Japanese Tea Ceremony.

“When tea becomes ritual, it takes its place at the heart of our ability to see greatness in small things. Where is beauty to be found? In great things that, like everything else, are doomed to die, or in small things that aspire to nothing, yet know how to set a jewel of infinity in a single moment?” - Muriel Barbery, The Elegance of the Hedgehog 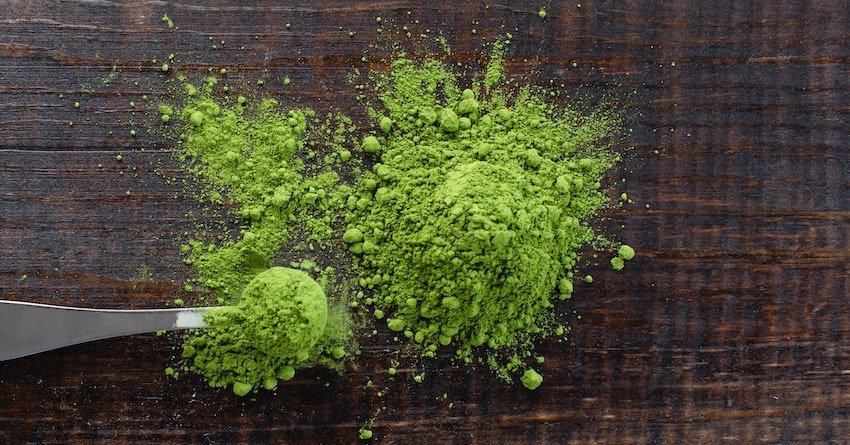 A Sacred Harvest, An Ancient Tradition

Solspring® Organic Matcha Ceremonial Green Tea is some of finest on the planet. In addition to being a delightful-tasting tea, this ceremonial Matcha can be used in cakes, pies, ice cream, and as an ingredient in baked goods and other entrees. It is especially popular in enhancing lattes and smoothies. Here’s a glimpse at what helps make Solspring® Organic Matcha Ceremonial Green Tea so exclusive: The Matcha is primarily cultivated in the Nishio region in the Aichi prefecture in Japan. Rich in the historic success of Matcha cultivation, the Nishio region is one of Japan’s best kept tea secrets. The raw tea plants are grown in gradually reduced sunlight over a period of time, with 70% of the sunlight blocked 25 days prior to harvest. 15 days prior to the harvest, the tea plants are further shaded with 95% of the sunlight blocked. Just days before the Tencha leaves are picked all fields are completely covered by black netting. Depriving the tea plants of sunlight, makes the leaves thinner, more tender and produces a fresher, deeper colour, with leaves containing much higher levels of chlorophyll.

During harvesting, only the newest and finest leaves are picked to enhance the quality of the end product. The timing is crucial to result in the cultivation of the best Matcha Tea and our partner employs a true master with years of experience who expertly selects the optimum time for harvesting. The Matcha undergoes strict, independent testing to ensure that it meets and often exceeds international quality standards for available consumption around the world. Quality and consistency of our product are our partner’s top priorities. Tea production is thoroughly monitored and documented in every step of the process to surpass ISO9001 and ISO22000 certification standards. Tea is packed in a sterile, clean environment with a state-of-the art filtering system which clears the air at 44 times per minute. Indoor pressure, temperature and moisture are also automatically monitored on computer-controlled systems. And unlike some Matcha producers out there, our partner has extensive traceability systems to track Matcha Powder back to its originating tea field through each production process including cultivation conditions, harvest date, lot information, production information and shipping data. 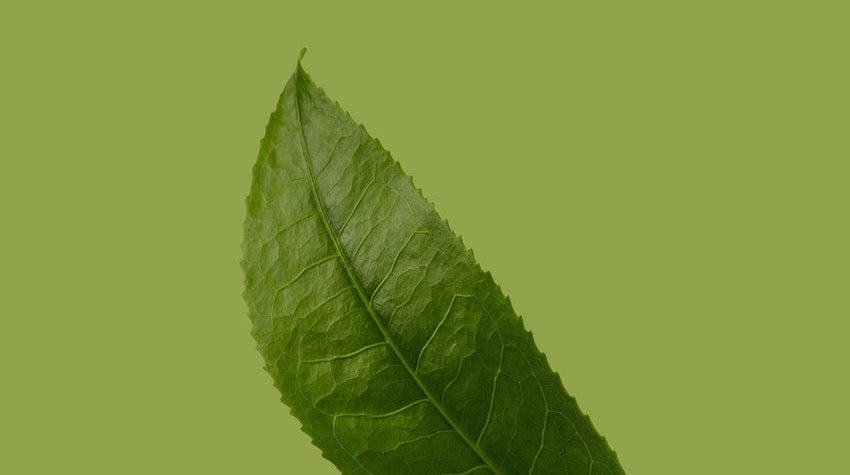 Matcha is a type of green tea made by taking young tea leaves and grinding them into a bright green powder. The powder is then whisked with hot water. This is different from regular green tea, where the leaves are infused in water, then removed. Matcha leaves are grown on green tea bushes kept under shade. The shade increases the amount of chlorophyll content in the leaves, which is what makes them bright green and full of nutrients. The leaves are picked by hand and the stems and veins are removed.

"Got my mind on my Matcha, and my Matcha on my mind." - Snoop Dogg

According to Cheadle, the leaves are traditionally ground by granite stones into a super fine powder. “It takes an hour to grind the leaves, and it’s done in the dark to protect the nutrients,” she says. “The finest matcha comes from Japan, where it has been grown for centuries and forms part of the traditional Japanese tea ceremony,” she adds. Well, I guess you know it already. Ancient Purity’s Matcha Green Tea comes from Japan. Fill your life with the green goodness of Matcha!

“I say let the world go to hell, but I should always have my tea.”- Fyodor Dostoevsky, Notes from Underground 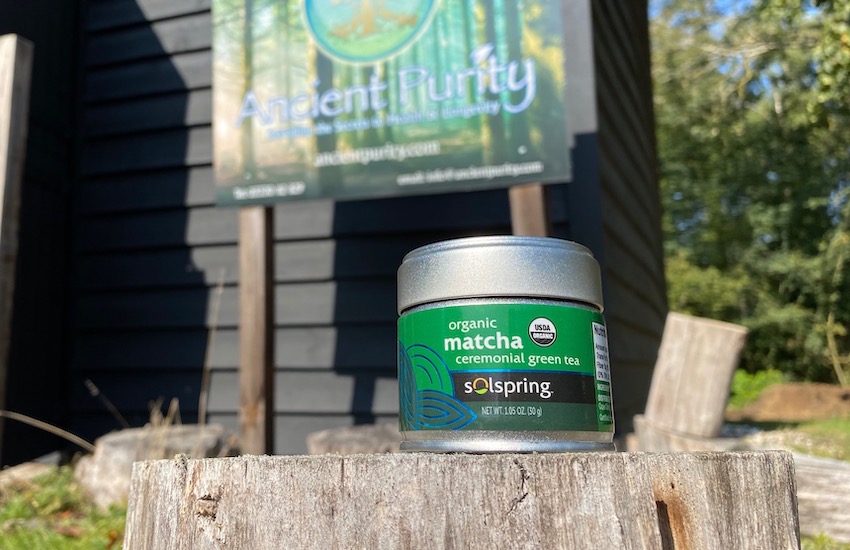 A great energy boost to start your day...

Matcha Chocolate...Try this with your favorite chocolate recipe: