£42.99 £35.82
Out of stock
EU/World Prices
Notify me when this product is in stock
Skip to the end of the images gallery 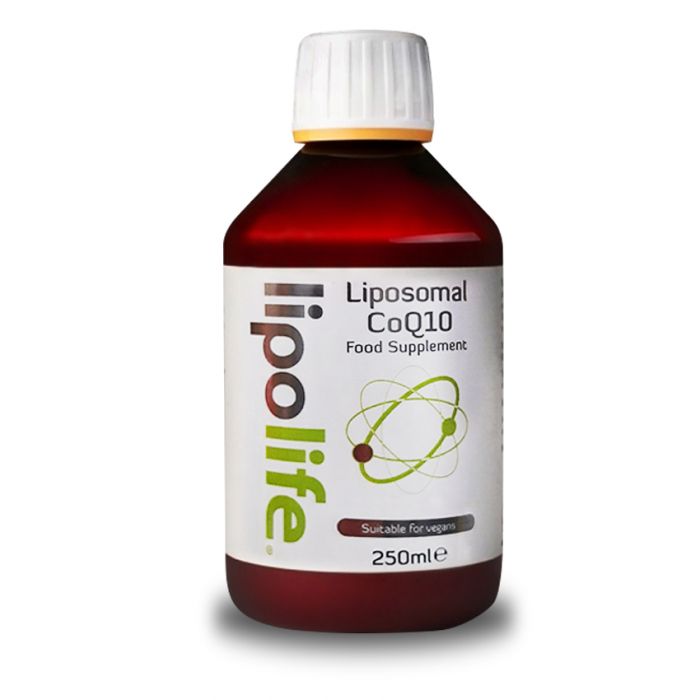 Co-Q10 is formulated with Liposomal technology making it potentially easier and faster for nutrients to get into your cells and energise them. This exclusive Liposomal Co-Q10 contains phospholipids from sunflower lecithin to help aid absorption. When mixed with water these phospholipids help create liposomes, the liposomes can help Co-Q10 gain entry across your gut membrane to its target organs and cells. With this advanced liposomal technology, you don't need the digestive system to break Co-Q10 down into absorbable fragments as it must with other Co-Q10s supplements... Liposomal Co-Q10 is a highly absorbable formula with no artificial or bioengineered ingredients.

Adequate CoQ10 is particularly vital for cardiovascular health. Inadequate CoQ10 levels have been noted in incidences of many chronic illnesses. Lack of CoQ10 can cause Rhabdomyolysis, which is the breakdown of muscle fibres that leads to the release of muscle fibre contents (myoglobin) into the bloodstream. Myoglobin often causes kidney damage. Notably, rhabdomyolysis has often been observed in patients who take statin drugs. It is tragic that statin drugs which are prescribed for reputed heart benefit lower CoQ10 production by up to 40%. CoQ10 is also an important antioxidant which inhibits both the initiation and the propagation of lipid and protein oxidation. Additionally, it regenerates other antioxidants such as vitamin E. One recent study demonstrated that low doses of CoQ10 reduced oxidation and DNA double-strand breaks and that a combination of CoQ10 and a diet rich in polyunsaturated fatty acids leads to a longer lifespan. 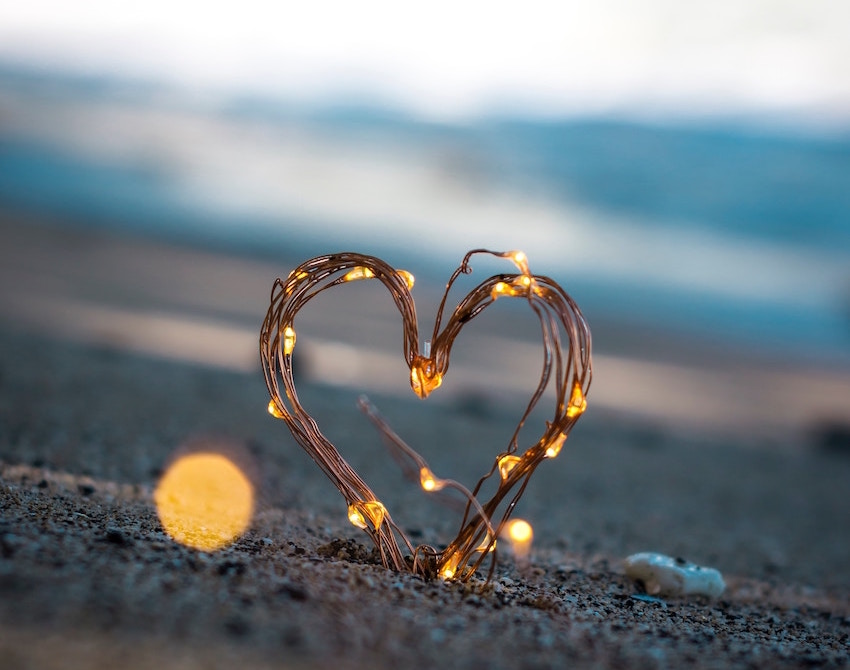 CoQ10 is also found in relatively small amounts in a wide variety of foods, with the highest amounts found in organ meats such as heart, liver and kidney, as well as beef, sardines, mackerel, and peanuts. Other food items with modest amounts of CoQ10 include grapeseed oil, walnuts, hazelnuts, pistachios, parsley, spinach, sesame seeds, olive oil and avocado. Food sources alone may not be enough for those deficient in CoQ10.

To put dietary CoQ10 intake into perspective, one pound of sardines, two pounds of beef, or two and one-half pounds of peanuts, provide only 30mg of CoQ10. As we age, we lose much of our supply of CoQ10, particularly in the heart. At the age of 80, for example, CoQ10 levels are cut by more than half. CoQ10 benefits and protects the heart in many ways, including helping lowering high blood pressure and preventing the oxidation of LDL cholesterol.

The effectiveness and safety of CoQ10 in the treatment of congestive heart failure has been well established by numerous studies. One recent study also found that CoQ10 can improve survival after a cardiac arrest. CoQ10 is not a magic bullet. It is an important compound that our bodies produce, but production declines as we age. It functions best in conjunction with a decent diet and other quality supplements. Foods such as organic organ meats, oily fish, spinach, peanuts, and whole grains provide some CoQ10. 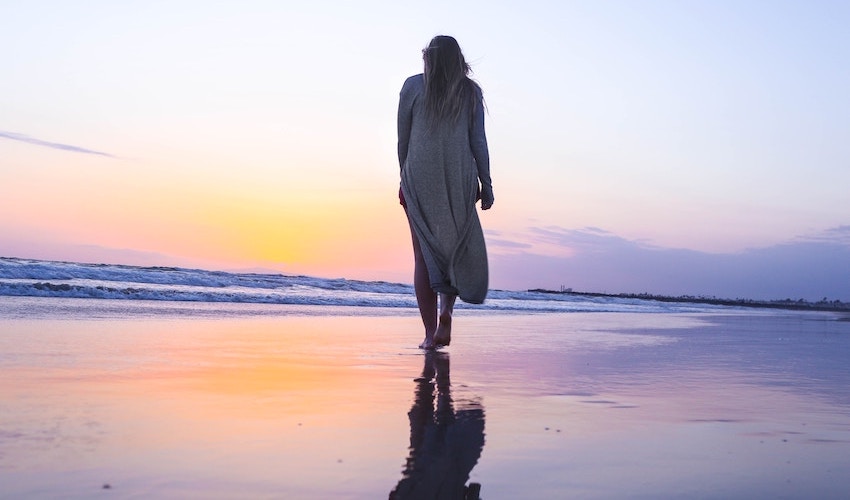 It likes to lodge in the parts of our cells that produce energy, and is instrumental for producing the molecule adenosine-5-triphosphate (ATP). ATP is a major source of cellular energy, and it's involved with several metabolic processes within the cell, including protein production. Beside its antioxidant capabilities, which scavenge damaging free radicals that cause cellular damage, it appears able to repair oxidative damage. CoQ10 prevents problematic blood clotting. All these qualities have made it a favourite for increasing cardiovascular health and for preventing heart diseases or recovering rapidly from heart problems.

In addition to hundreds of reports from Japanese doctors on CoQ10's positive effects with heart patients, Dr. Denton Cooley found that most of his heart disease patients were CoQ10 deficient. His finding corroborates discoveries from Karl Folker, Ph.D, who had originally researched CoQ10 in the west. For athletic types or those who are involved in strenuous activities, CoQ10 offers rapid recovery times from spent energy and muscular stress as well as additional energy too for competing athletically or completing arduous physical tasks. 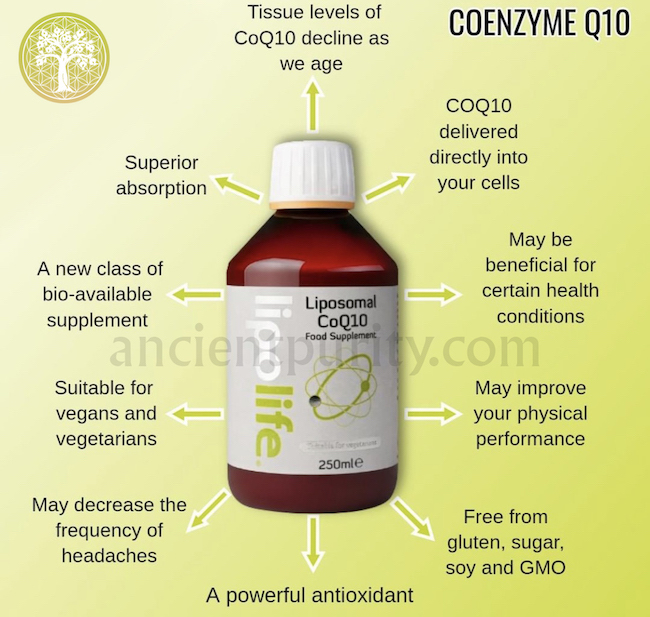 Perhaps the most unusual benefit is how CoQ10 could help kidneys recover from renal failure. Obviously, it should also help those with less drastic kidney conditions. A 2003 study published in the Journal of Nutritional and Environmental Medicine showed dramatic improvement in renal failure patients who took CoQ10 compared to those who took the placebo. Some who were on dialysis were even eventually able to manage without.

As an aside, it seems cruel to conduct test trials using placebos, depriving those of the benefits found with what's being tested. But that's the way modern mainstream medicine does it. In addition to those tests, testing is being conducted to determine the effects of CoQ10 on neurological problems. The focus for testing is on the early phases of those issues. The intention is to prevent them from fully manifesting.

Co-Q-10 is a naturally occurring compound sold over the counter as a supplement. Perhaps Big Pharma is on the sidelines trying to figure out how to replicate CoQ10 in a lab and get it patented. If that occurs, those obscure trials on renal failure and neurological disorders may become very public.

Experience Co-Q10 in the most bioavailable way - Order Today

Suitable for vegetarians and free of corn, soy, yeast, gluten and rice.

Shake before use. Take one teaspoon (5ml) per day, with or without food or as directed by your healthcare practitioner
If you are pregnant, breastfeeding or taking any medications, please consult a doctor before use.
Not intended for use by persons under the age of 18. Keep out of reach and sight of children.

Are you taking Statins? Statin drugs deplete Co Q-10 stores in the body and therefore supplementation with Co Q-10 may help to replenish these stores. Co Q-10 is not intended to serve as a replacement for Statin therapy, nor should you discontinue taking any prescribed medications while supplementing with Co Q-10.

Q - What is the difference between Co-Q-10 and Ubiquinol?
A - LEARN THE DIFFERENCE BETWEEN CO-Q10 & UBIQUINOL HERE