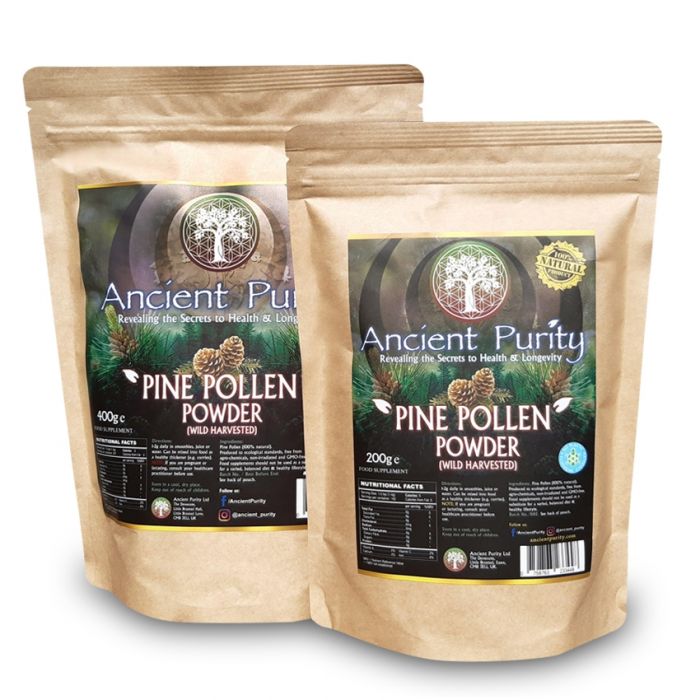 Ancient Purity is thrilled to present our Pine Pollen Powder, several years of on-off searching for a direct source that was reliable, super clean from harvest/collection to the milling process. Ancient Purity Pine Pollen is from an incredible untouched area of rural China where the Pine Trees live in literally hundreds of miles of wilderness. The pollen is harvested only from the finest cones from trees. The origins of Pine Pollen as a medicinal food began in China. In 2019 we are so happy to launch this Ancient Superfood. Pine Pollen has been used in traditional Chinese and Korean Medicine for over 2,000 years as a health restorative, longevity tonic, and anti-ageing nutrient. The oldest recording of Pine Pollen is in the pharmacology text "The Pandect Of Materia Medica" by Shen Nong, written during the Han dynasty.

Pine Pollen can be consumed daily to help restore a healthy endocrine system and balance androgen and estrogen levels. As a wild harvested nutrient-dense meta-food Pine Pollen is in the top 10 of all time Superfoods currently known of. Traditionally known as a powerful Jing-enhancing herb, which loosely translates to vital essence or life force. Herbs classified as Jing tonics are typically used in cases of weakness, burnout from stress or exhaustion, sexual imbalances (infertility, low libido, erectile dysfunction, etc.), or in any case where there was a need for deep rejuvenation and nourishment. The Daoists believe that we are born with a certain amount of Jing and when it runs out, we cease to have life force. The handful of herbs able to cause the accumulation and restoration of Jing in the body are revered as supreme longevity tonics, of which Pine Pollen is one of the greatest. Now Pine Pollen is being rediscovered in the West for its Health and Longevity properties. 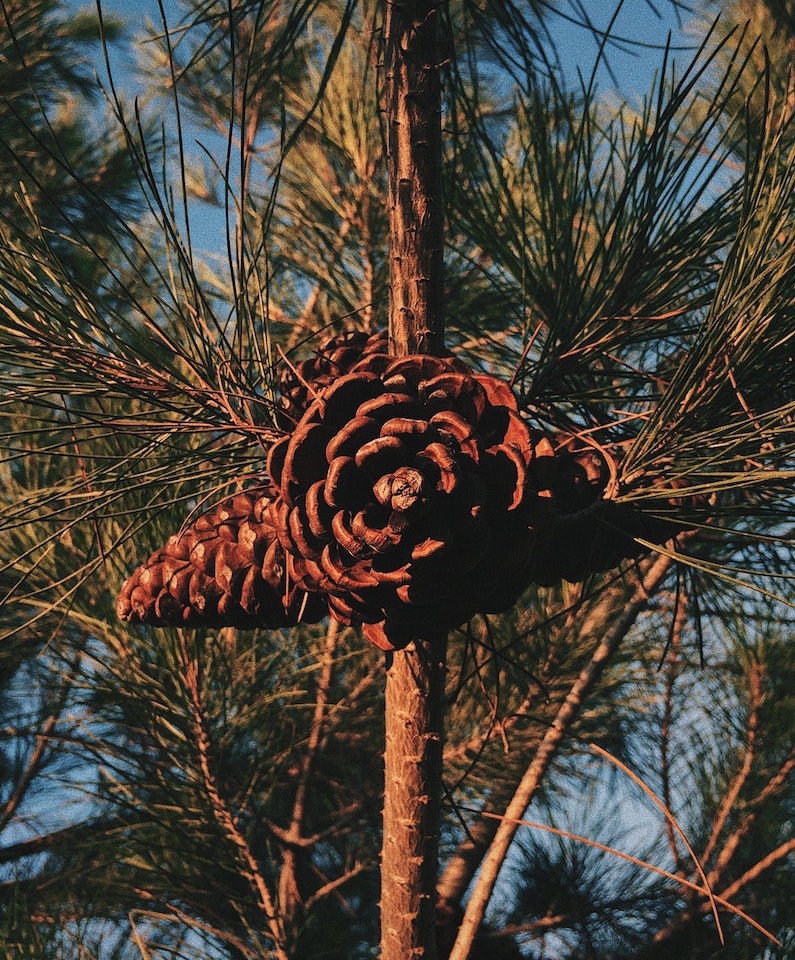 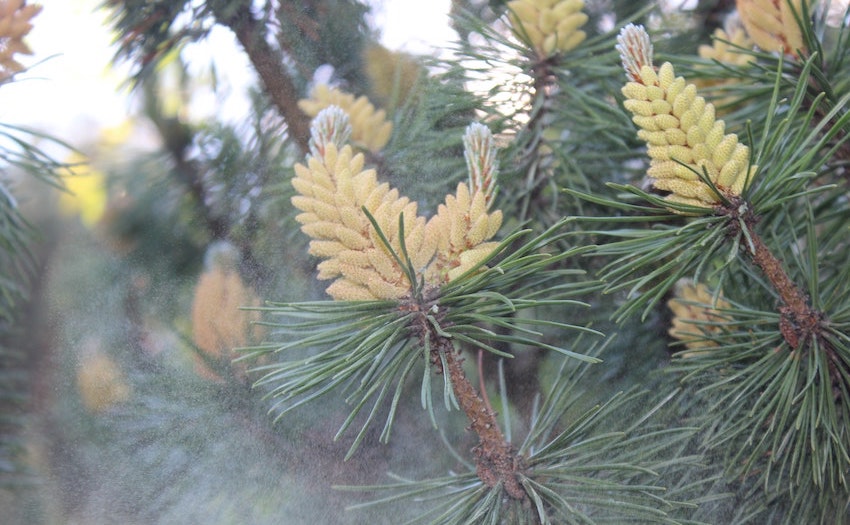 Nutrient Dense Meta Food (What is in Pine Pollen)

Pine Pollen contains over 200 different micro-nutrients. The nutrients present in Pine Pollen literally spur growth and vitality in nearly everything they touch, including humans. In fact, even inhaling it can massively benefit you. Pine Pollen is literally a natural health foundation food. It's packed with natural and absorbable Vitamins and Minerals, Antioxidants, Enzymes, and Co-Enzymes, Amino Acids - Pine Pine is around 30% protein containing 18 different amino acids with all essential amino acids. Perhaps its most unique essence is the content of Phyto-Androgen hormones, that mimic the same effect on human biology as those produced within the body, the natural collection of hormones, in company with its micronutrients have long been thought to work synergistically to restore natural hormonal balance, boosting testosterone and reducing excess estrogens. 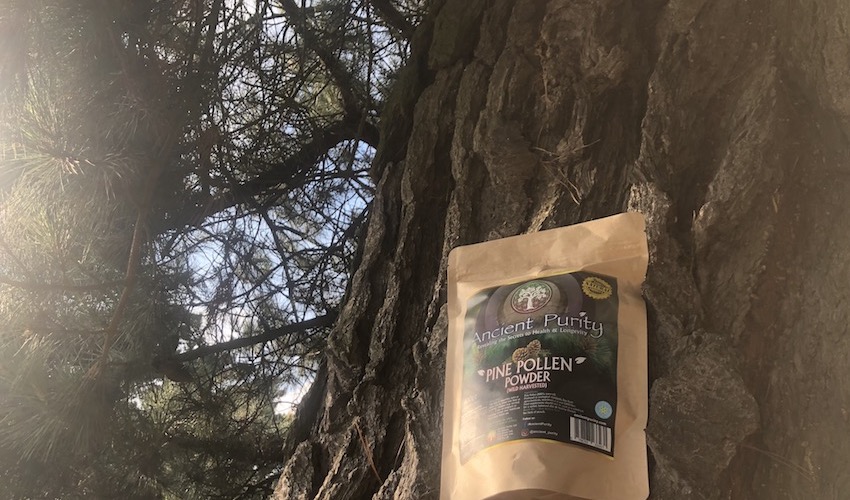 Due to the unique antioxidant profile and amino acid building blocks contained in pine pollen powder, it is one of the rare food/medicines that increases both glutathione and superoxide dismutase in the human body. Glutathione is the peptide the the human body creates to detoxify itself of any toxin, making it the most powerful detoxifier to the human body. Studies have shown that increased glutathione has the power to neutralize the harmful effect of cigarette smoking. Think of how it can protect the body of a non smoker. Forget about fad detoxes, increase the method used by the body for millions of years to promote longevity with pine pollen.

Superoxide dismutase (SOD) can be thought of as the sister of glutathione. Where glutathione protects by escorting any harmful toxin out of the body, SOD stays in our tissues and acts as the most potent antioxidant defender in the body. Oxidation, like rusting iron, can slowly break the body down. SOD acts as a cellular shield, think of a nice paint job on the iron that keeps the environment from rusting it. When glutathione gets behind on its cleaning, SOD is there to protect cells from the rusting that would otherwise occur as a result of the toxins. SOD will also protect the cells from things like radiation and UV overexposure in the sun, increase these to master key protectors with Pine Pollen. 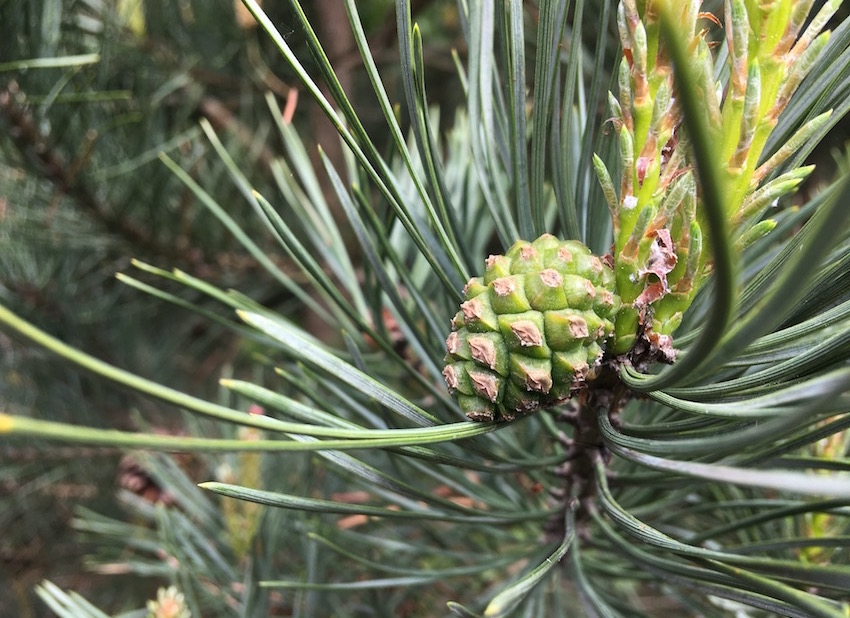 Pine Pollen is able to harmonise and powerfully rejuvenate the endocrine system, which is a rare ability in the plant world. Perhaps nature's most powerful androgen, which essentially translates to a substance that stimulates testosterone production, although other hormones also fall under the title as well. But, if you are a woman, don’t let this scare you. The reason Pine Pollen is such a powerful androgen is in large part because it is the only natural source of the "wonder hormone" DHEA, which is the precursor to not just Testosterone, but Oestrogen and progesterone as well. All 3 of these hormones are important for both Men & Women, just in different proportions, which is why it's important to note that Pine Pollen is considered an adaptogenic herb, meaning that it is one that restores balance to the body by adapting its effects to whatever conditions are present. For this reason, it’s safe for both men and women to take.

DHEA and how it affects the body because this is the key to understanding the health benefits of Pine Pollen and why it is such an incredible food/herb. DHEA is the most abundant and important precursor hormone in the human body, meaning that it is the largest raw material your body uses to produce other vital hormones. Imbalances in DHEA levels can and do throw the body’s entire hormonal production cascade out of balance. Furthermore, DHEA production tends to decline as we begin to get older; and many researchers hypothesize that many signs of ageing are simply the body reflecting lower levels of DHEA production, which is why Pine Pollen is widely considered to be a longevity-enhancing herb. DHEA production occurs in the adrenal glands, so chronic stress - along with poor diet - tend to affect its production most significantly outside of ageing. A low level of DHEA is associated with immune conditions, low libido, depression, cognitive decline, and accumulation of fat on the body, among other things. Consequently, optimal DHEA levels are associated with improved mood, muscle development, fat loss, increased sex drive, and immunity, as well as a number of other significant benefits that closely mirror the effects of Pine Pollen. Because the endocrine system, which is highly dependent on DHEA for proper functioning, of many different aspects of the body.

Kidney: Highly rejuvenative to the brain, hair, bones and endocrine system, which are controlled by the kidney organ.

Lung: Boosts the immune system and beautifies the skin - two areas that are both controlled by the lung organ system in Chinese Medicine.

Liver: Stimulates liver regeneration and regulates bile secretion, which is controlled by the liver organ system.

Spleen: Nourishes the muscles and increases metabolism, which is both governed by the spleen organ system. 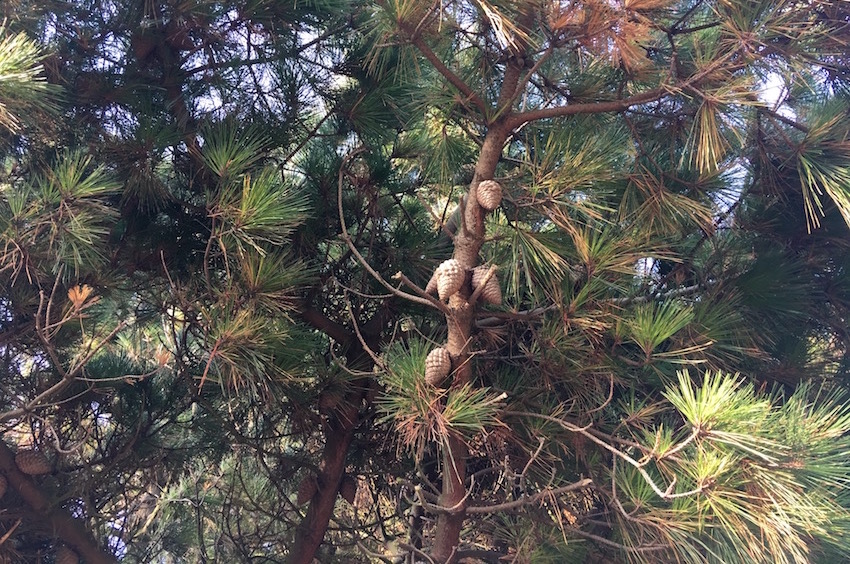 Increased Libido & Sexual Health... Pollen is the sperm from the male Pine Tree and is often used in Chinese medicine for its many health and nutrition properties. Because of its role in Pine Tree reproduction, Pine Pollen naturally contains powerful phyto-androgens that can stimulate growth and hormonal activity in both plants and humans. Pine pollen benefits the sexual functioning of the body by supplying a key amino acid, ar arginine. Arginine is a precursor to nitric oxide, which can increase blood flow in the sexual organs. This has obvious benefits for men and women. Increase blood flow in the penis and female genital area is essential for optimal sexual functioning and sensation. Additionally, the natural phyto-androgen hormones contained in Pine Pollen benefit the sexual processes within the body assisting to increase overall sex-drive, desire and vitality.

Longevity... Recent studies have shown that Pine Pollen may be one of the most powerful foods for slowing down old man time by improving immune function and lowering the systemic inflammation that often leads to cellular oxidation. Some of the antioxidant-related properties of pine pollen that may slow the ageing process include: Increasing levels of superoxide dismutase (SOD), the bodies master antioxidant. Increasing glutathione levels, which help detoxify environmental pollutants and oxidative stress from the body. Pine pollen's natural androgens promote the growth of lean muscle and improve skin health and smoothness. Pine pollen reduces lipofuscin deposits which effect the heart, brain and liver.

Energy & Metabolism... There are many causes for low energy and adrenal fatigue, but some of it may be due to low levels of the hormone dehydroepiandrosterone or DHEA. Pine pollen benefits the body by supplying it with a natural source of DHEA, which can supplement the body's production helping to raise overall energy levels. Additionally, increasing DHEA in the body may help speed up the metabolism which can reverse the symptoms of metabolic syndrome. Increased metabolism can also increase calorie burn and reduce fat storage (when combined with a clean diet and exercise program).

Immunity... Many people in our country have severely compromised immune systems due to environmental pollution, over-consumption of processed foods, too much alcohol, etc. Pine pollen contains polysaccharides, which stimulate the immune system and enhance the body’s ability to fight infection. Additionally, Pine Pollen benefits the body by supplying it with valuable minerals like zinc, that are essential to optimal immune function.

Prostate Health... Pine Pollen benefits the prostate by supplying it with Gibberellins which helps regulate the size of the prostate. Additionally, Pine Pollen may help lower levels of estradiol, which is believed to cause an enlarged prostate and contribute to prostate problems.

The Incredible Power of Pine Trees Alive in Nutritious Pollen 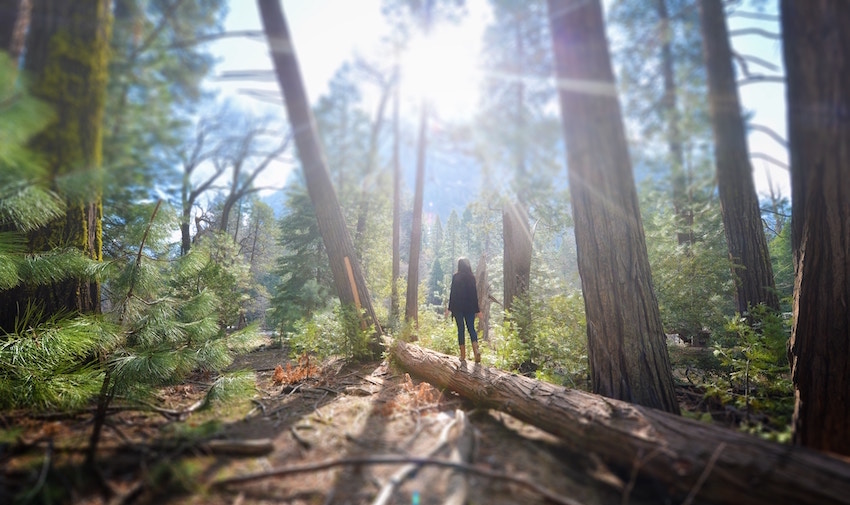