Grown here in the UK, this is pure Lion’s Mane Mushroom, naturally dried and encapsulated for an easy effective dose. A powerful cognitive medicinal mushroom. Lions Mane is native to Asia, North America and Europe, this magical mushroom, is recognisable for its unusual appearance, it looks a little like a lion’s scruff. Lions Mane has been revered by Herbalists, Mushroom experts and Traditional Chinese Medical Doctors for centuries. Lions Mane is an edible and culinary Mushroom and what is known these days as a nootropic. Historically the renowned Buddhist Shaolin monks used the Lion's Mane Mushroom to achieve deeper meditation, assuming it improved concentration thus enabling the monks to better cultivate the mystical life force known as "Qi". Lion’s Mane Mushroom grows on decaying Oak, Beech and Walnut trees across the Northern Hemisphere. Some people like to empty 2 capsules into their morning coffee. Ancient Purity UK grown Lions Mane comes in a Miron 'Dark Violet' Glass Jar. 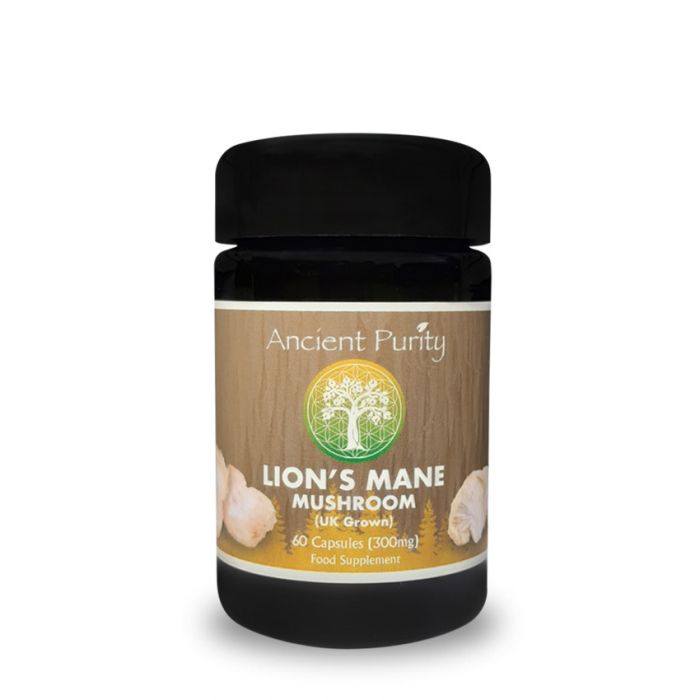 Ancient Purity presents a UK grown, Lions Mane Mushroom supplement with potent effects. We are very proud of this Medicinal Mushroom, you may have heard of it's benefits before but now you can trust in its trail, from growing environment, seasonal, sustainable harvest and most important... full spectrum Lions Mane effects. Truly harnessing the health benefits of Lions Mane is a powerful tool in natural recovery and naturally thriving. Research reports that Lion’s Mane Mushrooms possesses antioxidant, anti-inflammatory and immunity boosting properties in humans, cells and animals. This extraordinary Mushroom has been used for thousands of years particularly among Traditional Chinese medicine practitioners for it's health-improving properties, such as reduced inflammation, improved memory and supporting a healthy heart.

This is why Ancient Purity is so excited to present this powerful Mushroom as a food supplement with all its original health benefits retained.  Like numerous other powerfully beneficial foods, Lion’s Mane Mushroom has been known for some time in parts of Asia to be helpful for a number of body conditions and functions. Used by the Japanese people for centuries, the weird-looking fungus is highly revered by Buddhist monks and understood to be almost a supernatural nutritional source. Do you read these pages and wonder if i'm really excited or just writing that? I really am excited Lions Mane is truly Ancient and Mystical, a treasure from nature, it excites me because it can get results, it can be mixed with interesting things to get powerful effects, I personally have mixed Lions Mane with "Magic Mushrooms" and Ceremonial Cacao, not something we can recommend but if you're at ancientpurity.com you can obviously really think for yourself. Now let’s talk about the Lion’s Mane Mushroom’s main health-improving properties. It is also known as Houtou, Hedgehog Mushroom and Yamabushitake. 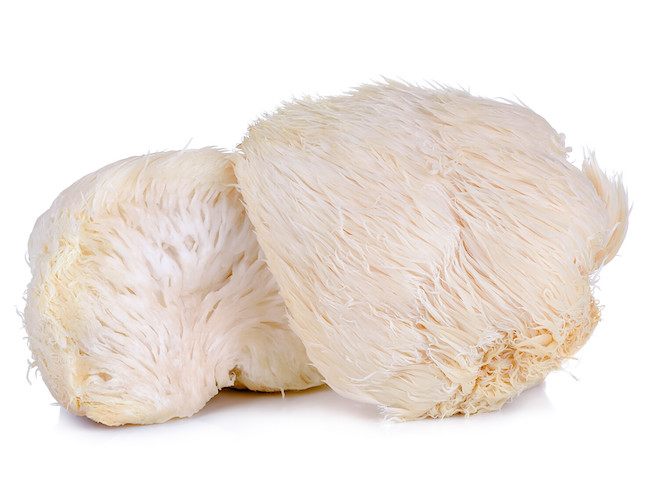 Supports Memory & Cognitive Health… Lion's Mane Mushroom might benefit older people with mild cognitive impairments, according to a small scientific research published in 2009 in Phytotherapy Research. For the research, scientists assigned 30 older persons with mild cognitive health issues to take either a placebo or Lion's Mane Mushroom daily for 16 weeks. In mental tests given at weeks eight, 12, and 16 of the research’s duration, participants of the Lion's Mane Mushroom group showed significantly better improvements compared to those that were given the placebo. In a more recent research (Published in 2011 in Biomedical Research), scientists studied the effects of Lion's Mane Mushroom on brain function in mice. This research revealed that Lion's Mane aided protect against memory difficulties caused by the build-up of brain plaques associated with memory loss and other cognitive abilities serious enough to interfere with daily life. Researches have shown a possible neuro-protective effect against blood clot blocks or the narrowing of an artery leading to the brain as well.

Lions Mane and Mood… Taking daily Lion's Mane Mushroom Capsules may help alleviate chronic low mood and nervousness, reveals a small Japanese research published in 2010 in Biomedical Research. For this study, 30 menopausal females ate cookies containing either Lion's Mane Mushroom Powder or a placebo every day for four weeks. Analysing study findings, scientists observed that participants of the Lion's Mane Mushroom group were less irritable and nervous and had less problems concentrating than participants of the placebo group. In a 2015 research, mice which were fed Lion’s Mane Mushroom displayed fewer low mood behaviours. The scientists suggest that this is due to the mushroom extract’s anti-inflammatory effects. The results of a 2018 animal research support this, with the researchers concluding that Lion’s Mane Mushroom might contain agents that are helpful for combatting mood disorders.

Grown in the UK, Harvested Seasonally in Rhythm with Nature 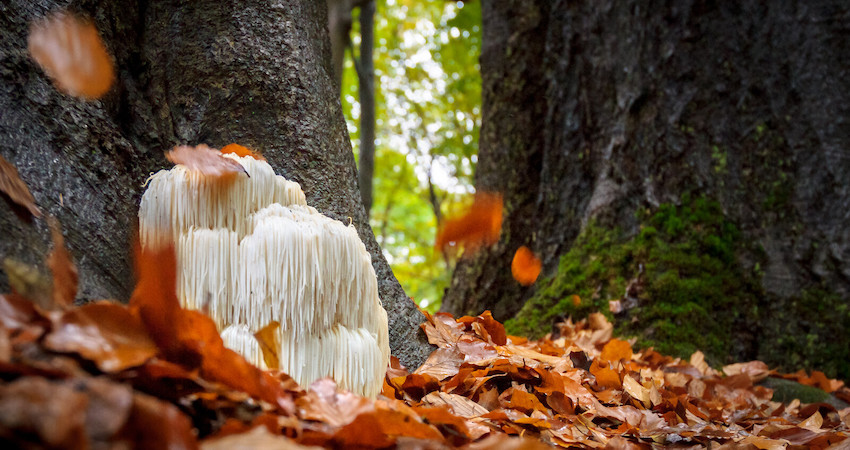 Might Decrease Inflammation… A 2015 Japanese study found that Lion’s Mane Mushroom Capsules were able to decrease inflammatory conditions in fatty tissue. This is pivotal due to fatty tissue inflammation being a factor leading to a cluster of conditions that increase your risk of heart, brain and high blood sugar health issues. In addition, Lion’s Mane Mushroom might provide antibacterial effects against h. Pylori, often considered “human history’s most successful pathogen.” Most people never had symptoms of carrying the bacteria. However, for some persons it causes problematic gastric conditions, like stomach ulcers and/or intestines ulcers.

Aids Digestion… Another benefit of the Lion's Mane Mushroom is its positive effect on digestion, with recent research suggesting it is helpful in supporting the gastric mucosa. This effect is probably due to the fungus containing beta glucan polysaccharides, fatty acids and polypeptides that protect and enhance functioning of the digestive tract.

Is Lions Mane the Mushroom of Meditation.... 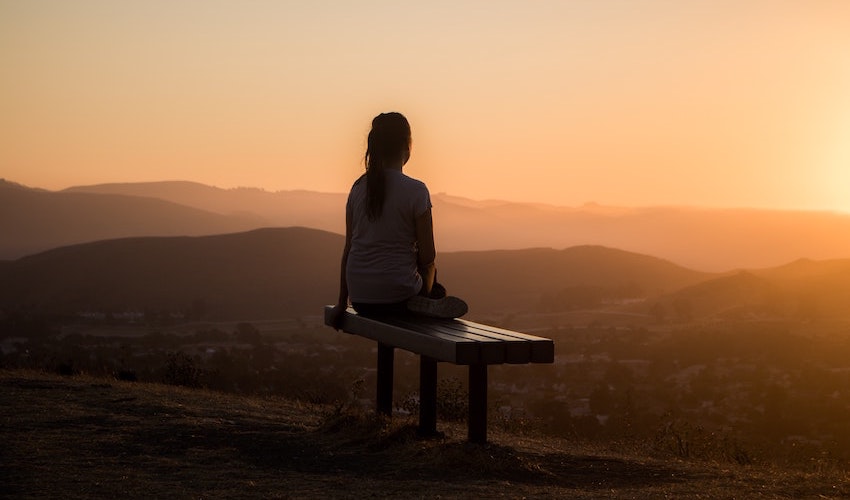 Faster Wound Healing… Lion’s Mane Mushrooms may provide healing benefits for skin wounds. A study on rats with neck wounds found that topical application of Lion’s Mane Mushroom led to quicker healing. However, more comprehensive research is needed for health practitioners to advise Lion’s Mane Mushrooms for topical use on people. Obviously here we are presenting the capsules, however you can simply open a capsules and mix in with a natural oil to create a topical. 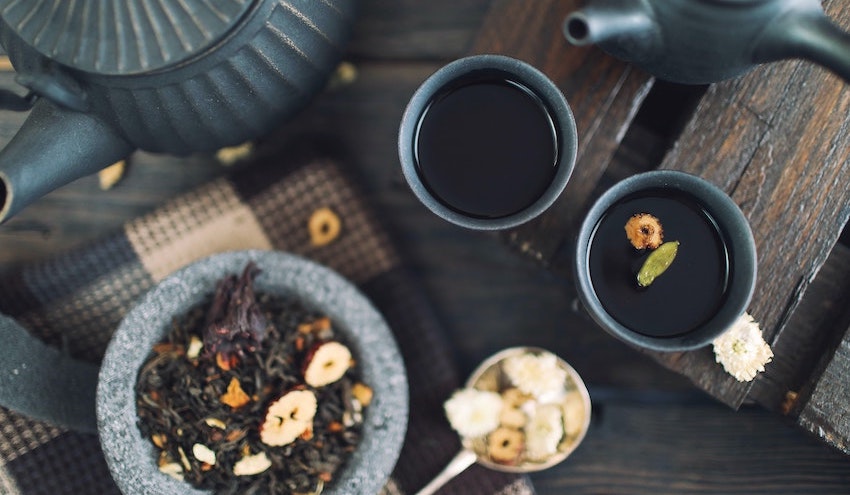 The alien looking Lion’s Mane Mushroom has been known to the Chinese and Japanese for many centuries as a food and medication, it has not been until recently that this powerhouse mushroom started to be consumed in Europe and America for its many health-improving benefits. The Lion’s Mane Mushroom grows on decaying Oak, Beech and Walnut trees across the Northern Hemisphere. The renowned Buddhist Shaolin monks used the Lion's Mane Mushroom to achieve deeper meditation, assuming it improved concentration thus enabling the monks to better cultivate the mystical life force known as "Qi".

These compounds might be the key to its reputation for improving focus and memory. I forgot to mention this before but Lion's Mane Mushroom is believed giving you nerves of steel and a lion’s memory. Although scientific research surrounding this mystical ancient mushroom is in its infancy, there’s already evidence pointing to numerous therapeutic benefits Lion’s Mane Mushrooms provide!

''Mushrooms provide a vast array of potential medicinal compounds. Many mushrooms - such as portobello, oyster, reishi and maitake - are well-known for these properties, but the lion's mane mushroom, in particular, has drawn the attention of researchers for its notable nerve-regenerative properties.” — Paul Stamets

NOTE: The capsules can be emptied and mixed, many people like to use with the Ceremonial Cacao. People often use Lions Mane in conjunction with mirco dosing of Mushrooms.

WARNING: Not for use by pregnant or breastfeeding women, asthmatics. Not suitable for children.

BRAINTROPIC - What Is Lion’s Mane Mushroom?