Chaga Extract with Organic Grain alcohol (Immortality Quest) Surthrival (USA)
50ml (1.69 fl oz)
Chaga is unique among medicinal mushrooms as it is known to be one of the most important anti-aging supplements yet discovered*. Like all medicinal mushrooms, Chaga contains beta glucans, the non-linear complex polysaccharides that give Chaga extract its potent immune supporting properties.
£49.99 £41.66
In stock
EU/World Prices
Skip to the end of the images gallery 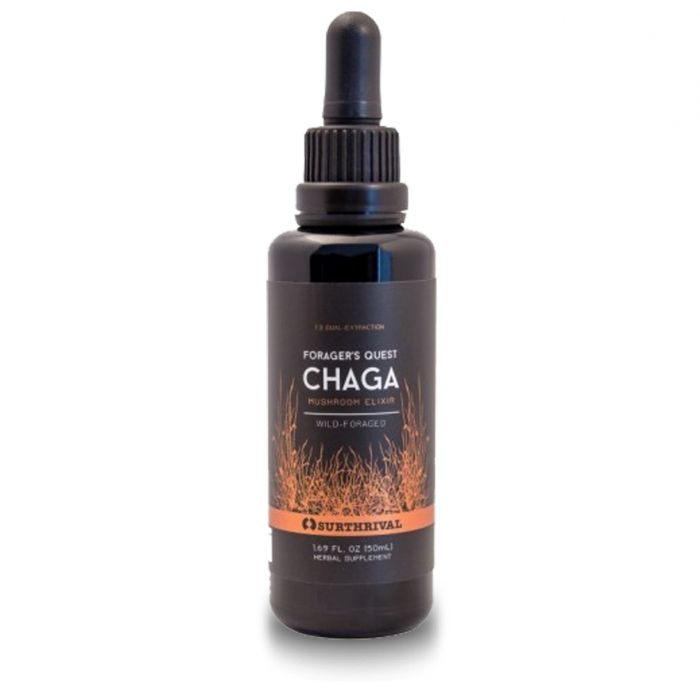 Chaga extract is commonly known to have an extremely high ORAC value (anti-oxidant properties), even beyond that of blueberry extracts. In fact, Chaga may be the most potent anti-oxidant ever discovered. Immortality Quest Chaga extract is made from wild-crafted mushrooms and is a combination of both hot-water and ethanol extractions.*

Surthrival are a premier provider of the most powerful regenerative food substances available anywhere in the natural world. These true super foods contain substances that have been known to powerfully support, rejuvenate and restore the functions of the human organism. 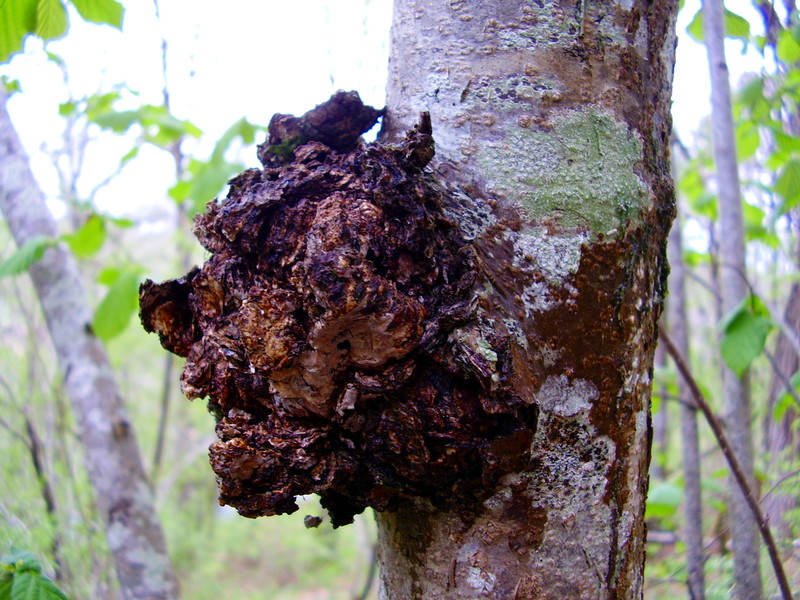 Chaga King of the Medicinal Mushrooms

Chaga polysaccharides effectively promote macrophage (white blood cell) activation through the MAPK and NF-κB signalling pathways, suggesting that Chaga polysaccharides help regulate the immune response of the body. Chaga has the highest level of superoxide dismutase or (SOD) detected in any food or herb in the world, Superoxide Dismutase (SOD) is an enzyme that repairs cells and reduces the damage done to them by superoxide, the most common free radical in the body. SOD is found in both the dermis and the epidermis and is key to the production of healthy fibroblasts (skin-building cells). Studies have shown that SOD acts as both an antioxidant and anti-inflammatory in the body, neutralising the free radicals that can lead to wrinkles and precancerous cell changes.

Researchers are currently studying the potential of superoxide dismutase as an anti-ageing treatment since it is now known that SOD levels drop while free radical levels increase as we age. Superoxide Dismutase helps the body use zinc, copper, and manganese. There are two types of SOD: copper/zinc (Cu/Zn) SOD and manganese (Mn) SOD. Each type of SOD plays a different role in keeping cells healthy. Cu/Zn SOD protects the cells’ cytoplasm, and Mn-SOD protects their mitochondria from free radical damage. Superoxide Dismutase has also been used in the treatment of joint, prostate, ulcer, inflammatory, bowel problems. In its topical form, it may help to reduce facial wrinkles, scar tissue, wounds and burns. Chaga mushroom has marked immuno-stimulatory activity and should be considered by anyone seeking super health and longevity. 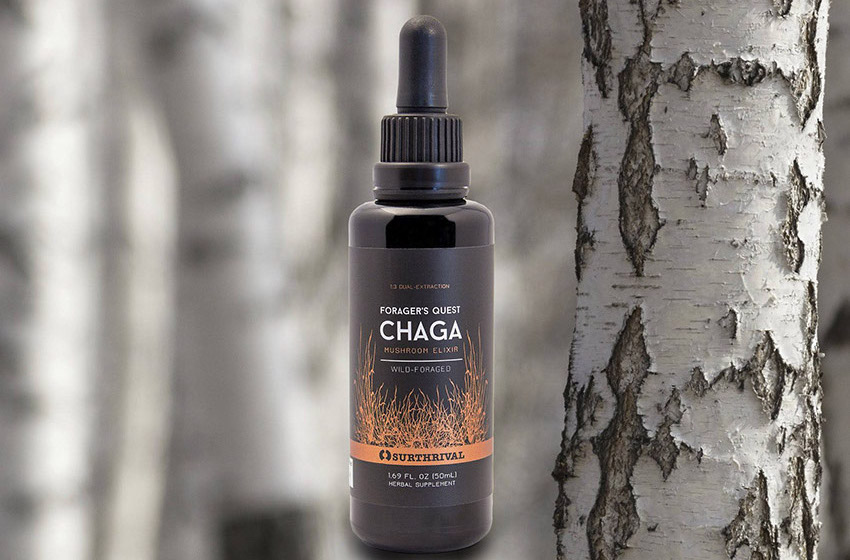 Chaga contains B and D vitamins and lots of protein which promote health over stress, low mood and lack of energy. Chaga has potent immune supporting properties it is a rich source of beta-glucans and polysaccharides that are essential nutrients for the immune system. These polysaccharides have strong anti-inflammatory and immune balancing properties, enhancing the body’s ability to produce natural killer cells to battle infections. These polysaccharides are considered to be the primary active constituents of Chaga, at least from an immunological perspective. Upon ingestion, a range of secondary metabolites are produced, many of which are highly active as potent immune modulators.

Chaga contains Sterols, triterpenes, saponins, and polysaccharides. Of the triterpene group, inotodiol seems to be the most active. Another component found in Chaga is Betulin which is absorbed and concentrates from the birch trees that it is commonly found to grow on. Betulin can easily be converted to Betulinic acid which has been shown to possess a wide spectrum of biological activities. The active constituents of Chaga are thought to be a combination of Amino Acids, Beta Glucans, Betulinic Acid, Calcium, Chloride, Copper, Dietary Fibre, Enzymes, Flavonoids, Germanium, Inotodiols, Iron, Lanosterol, Manganese, Magnesium, Melanin, Pantothenic Acid, Phenols, Phosphorus, Phytonutrients, Polysaccharides, Potassium, Saponins, Selenium, Sodium, Sterols, Trametenolic Acid, Tripeptides, Triterpenes, Triterpenoids, Vanillic Acid, Vitamin B1 (Thiamine), Vitamin B2 (Riboflavin), Vitamin B3 (Niacin), Vitamin D2, Vitamin K, Zinc.

Setting off for the Chaga wilderness (Maine USA) Surthrivals base 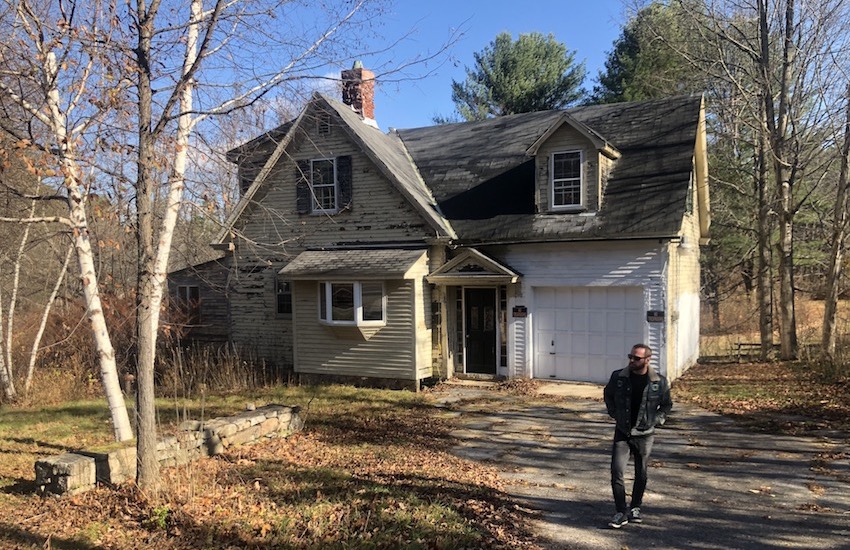 For thousands of years, Chaga (Inonotus Obliquus) has been revered throughout the known world (Eurasia), where it has been referred to as a precious "Gift from God" and nature's "King of Herbs".  Documented back well before the time of Christ, ancient Asian folk medicine practitioners relied upon Chaga, a special mushroom, to maintain a healthy life energy balance ("Chi"), preserve youth, promote longevity, and boost the body's immune system.  As a folk remedy, Chaga was ingested by the local people of the Siberian mountain regions in tea or powder form, inhaled from smoke and applied to the skin.

Documented in the book "The Shen Nong Ben Cao Jing" in 100 B.C., the Chinese Monk Shen Nong proclaimed Chaga as a superior class herb, because of its diverse and complete health-enhancing properties. The entry reads "A Precious Gift of Nature" and "The King of the Herbs". For centuries, people have used Chaga as a daily supplement for the overall balancing of the body's immune system and promoting good health even for those of advanced years.  Historically, some Russians drank Chaga as a daily beverage just as we do coffee or tea.

Today, Chaga tea is commonly used in Russian cultures as a family cupboard product to support a healthy immune system. Early Russian culture embraced the use of Siberian Chaga, and its use has spread westward to the Urals and Baltic regions of the European continent.  In the 12th Century, Tzar Vladimir Monamah was reportedly treated with Chaga to maintain his health. Siberian Chaga, received acclaim and notice by the Western world when Nobel Prize-winning Russian novelist Alexandr Solzhenitsyn introduced it in his 1968 novel, The "C" Ward, where he talks about the tea from the birch tree mushroom and its beneficial properties.

According to thousands of years of testing by Chinese Health Practitioners, mushrooms including Chaga can help to increase longevity, promote health, and boost life energy or "Chi."  The biochemistry of these mushrooms is complex and is still being studied.  After 40 years of research, the publication of hundreds of clinical, in vivo and in vitro studies, research science is only beginning to understand the life and health-enhancing properties of the class of superior mushrooms.

From the source, to the formulation, to the packaging, Surthrival products are the most elite in their class. Surthrival product offerings have been meticulously developed to meet the needs of the most discerning of health connoisseurs.

Whether your goals are the development of greater health, the honing of athletic ability, the cultivation of extreme longevity, or the quest for perpetual youth, SurThrival answers the call.

SurThrival is more than a product line. It is a bold new model for personal development and the achievement of our dynamic human potential. SurThrival is a philosophy and a celebration of our better nature. It is the belief in, and the commitment to, a life of startling abundance.

All SurThrival formulations are produced in GMP certified facilities within the United States. 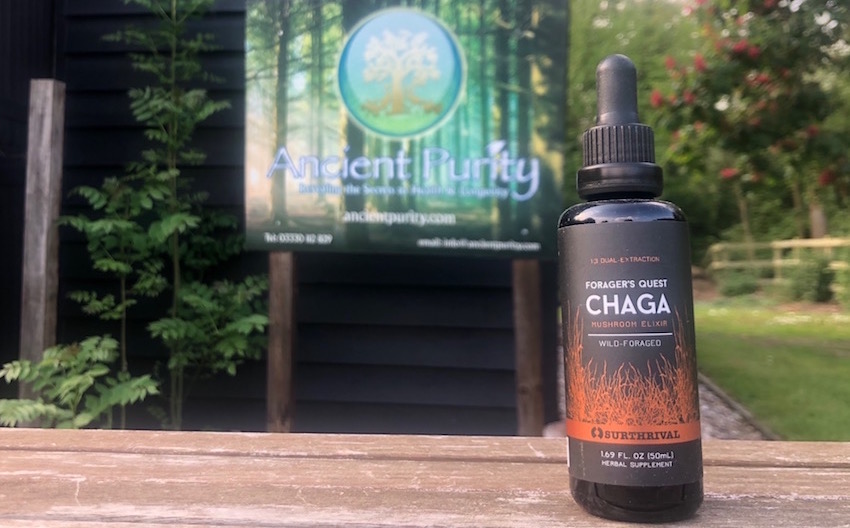