Turkey Origin (Iron / Antioxidants) Phytonutrients Polyphenols / Vitamin K
400g (14.1 oz.) Dried Fruit
Black and White Mulberries together, so simple, so naturally powerful. Both Black and White Mulberries are high in many vital nutrients and have been shown to have a variety of health benefits, from reducing cholesterol levels to keeping blood sugar steady. It is a superfood, and it is really delicious so snack on these for pleasure and natural health.
£16.99 £14.16
In stock
EU/World Prices
Skip to the end of the images gallery 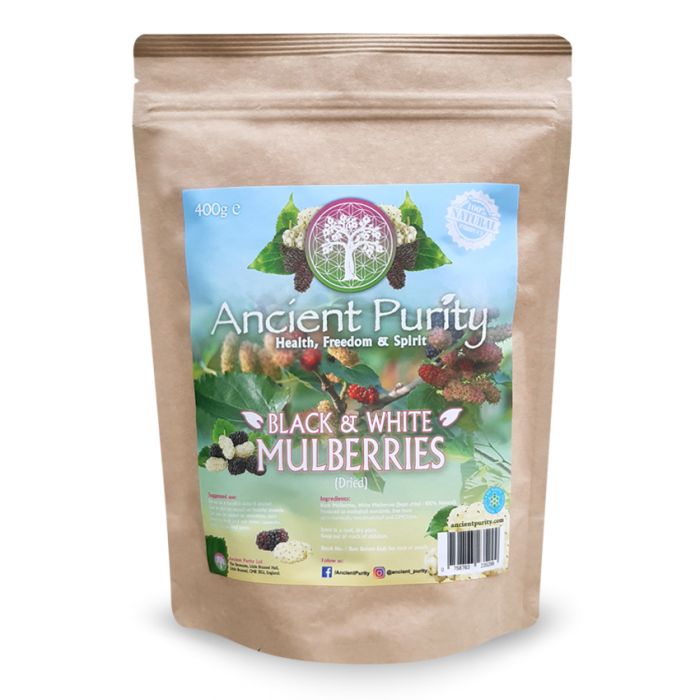 Ancient Purity are proud to present the amazing Black & White Mulberries together in one superfruit kraft paper pouch. Mulberry fruit may be very small, but it's packed full with big nutritional health benefits. Mulberries can support weight loss, keep our liver healthy, whilst simply providing a super natural supply of vitamins and minerals with each handful. The Mulberry Tree produces a tart and tasty fruit that looks similar to a blackberry and can be used to sweeten up just about any dish or enjoyed on its own as a healthy nutritious snack.

Mulberries are a nutrient-dense food. This means that they are low in calories but contain a good amount of several nutrients, including fibre, vitamin C, vitamin K and iron. Fibre, in particular, can help promote digestive health, treat constipation and even aid in weight loss. Just one cup of mulberries can meet up to 10% of your daily fibre needs. So try adding this Mulberry mix into to yogurts, smoothies, desserts or jams for a tasty way to kick up the nutrient profile of your favourite foods. Choosing these kind of Superfoods as a snack to reach for may be more expensive but will be life changing in health & well-being, if we all choose super nutrition for finger food and when it tastes this good it's easy. 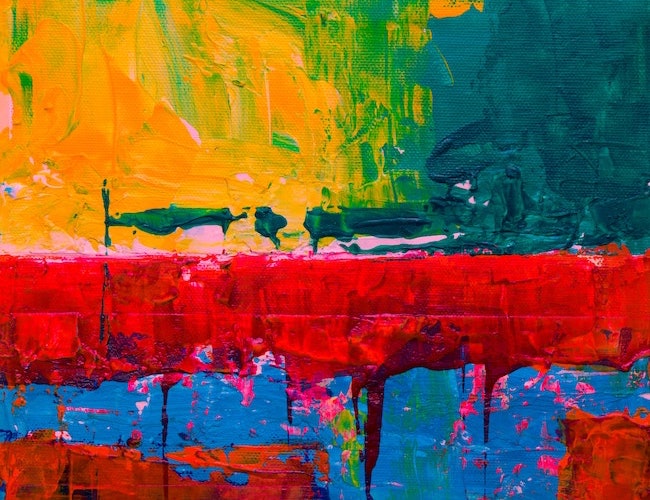 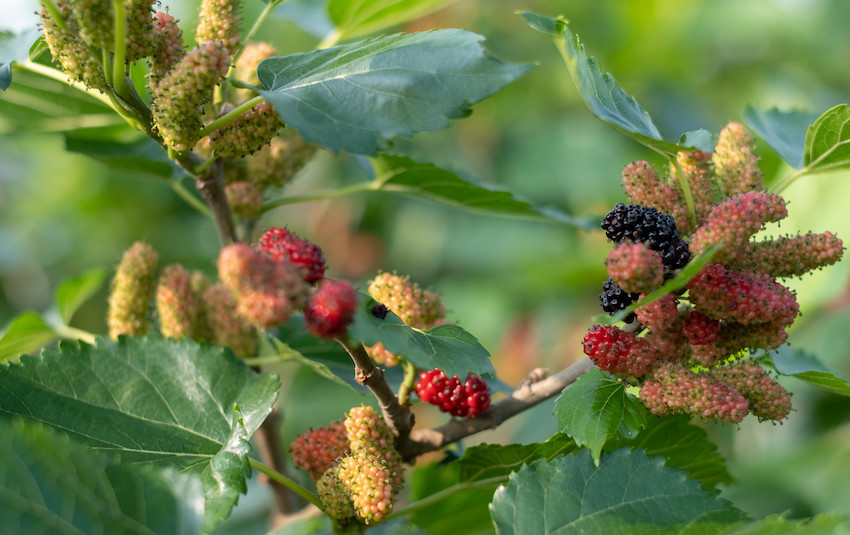 Mulberries contain fibre, which helps slow the absorption of sugar in the bloodstream to prevent blood sugar spikes. They also contain specific compounds and antioxidants that have been shown to benefit blood sugar levels. A study in PLoS One found that Mulberry extract was able to significantly lower blood sugar levels in diabetic mice. In another study, diabetic rats were given mulberry extract for five weeks, and their blood sugar was measured. Between the first and last day of the study, their blood sugar had dropped from 252 mg/dL all the way down to 155 mg/dL. Keep in mind that mulberries should be consumed as part of a healthy, carb-controlled diet to help maintain normal blood sugar.

Some evidence shows that certain compounds found in mulberries could have a beneficial effect on liver health, helping keep this important organ healthy, strong and free of issues. Mulberries may be especially effective in the prevention of fatty liver. This is a condition in which fat builds up in the liver and impairs its ability to work properly. A 2013 test-tube study showed that the compounds in mulberries helped block fat formation, prevented fat accumulation and also promoted the clearance of fat out of the liver. Another study from Taiwan confirmed these findings, demonstrating that mulberry extract increased fat breakdown and decreased fatty acid formation. Of course, the beneficial compounds found in mulberries are just one piece of the puzzle. Following a healthy diet, exercising regularly and limiting alcohol consumption are all crucial components of liver health.

Taste Nature and Enjoy the Benefits 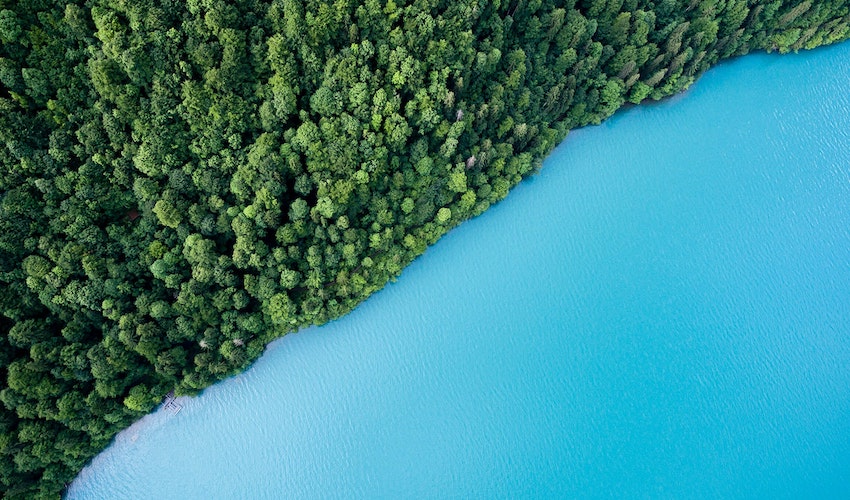 The fibre found in mulberries is mostly insoluble fibre, but it also contains about 25% soluble fibre in the form of pectin. Soluble fibre is a type of fibre that can absorb water and has been shown to help reduce cholesterol levels and decrease the risk of heart issues. The properties of mulberry itself may also have a favorable effect on weight. A study in the Journal of Food Science found that the compounds in mulberry helped prevent the oxidation of LDL cholesterol, one of the major risk factors of heart disease. In the animal study from the Journal of Agricultural and Food Chemistry mentioned above, giving hamsters mulberry water extract helped decrease levels of both triglycerides and cholesterol. In addition to mulberries, you should also eat plenty of high-fiber foods and foods rich in omega-3 fatty acids to help lower cholesterol levels naturally.

Mulberries are considered one of the top Antioxidant Foods. They have an impressive content of the compounds that help fight off harmful free radicals and protect cells from damage. A study conduced in Japan found that mulberry juice was able to effectively reduce levels of oxidative damage caused by free radicals in mice. Another 2006 animal study had similar findings, noting that Mulberry juice acted as an antioxidant and reduced stress caused by these free radicals. In 2017, researchers from Korea isolated a specific compound from Mulberries and found that it was able to to effectively support health recover in mice. 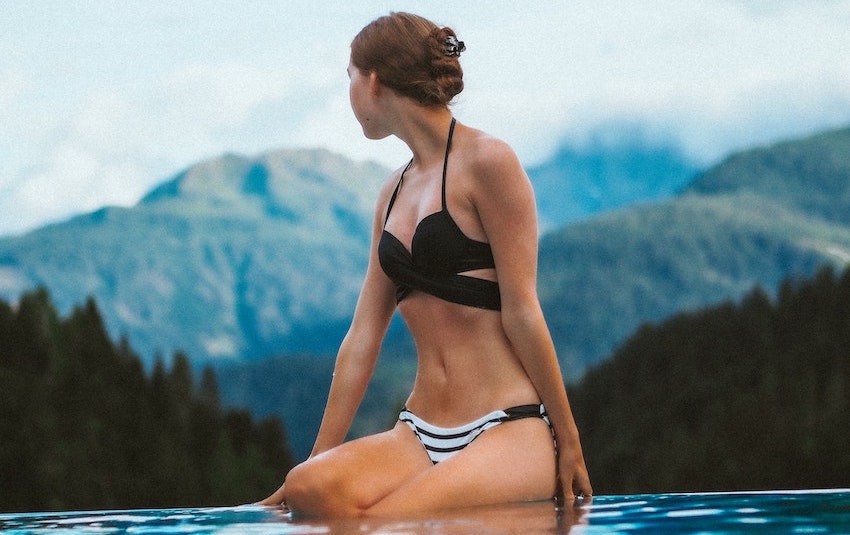 Both Black and White Mulberries are nutrient-dense superfoods. Black Mulberries being considered perhaps the most powerful and actually are the more expensive. So as we mentioed before they are low in calories whislt containing a good amount of several nutrients, including fibre, vitamin C, vitamin K and iron. It is the fibre, in particular, that can help promote digestive health, treat constipationand even aid in weight loss. Just one cup of mulberries can meet up to 10% of daily fibre needs. When you eat dietary fibre, it moves through your gastrointestinal tract undigested. This adds bulk to stool and enhances satiety, keeping you feeling fuller for longer to reduce your appetite.

Some research even suggests that mulberries could have an anti-obesity effect. An animal study in the Journal of Agricultural and Food Chemistryshowed that treating hamsters with mulberry water extract for 12 weeks lowered both body weight and visceral fat. For a low-calorie, healthy snack that will satisfy your sweet tooth and keep your calorie intake low, try topping a cup of high-protein Greek yogurt with some tasty mulberries. Remember as well that its not always about the fact this superfood is so healthy and promotes weight loss support, but also it is because you are eating these incredilbe foods instead of junk snacks, so the process of simply eliminating the bad fat causing stuff is equally effective. 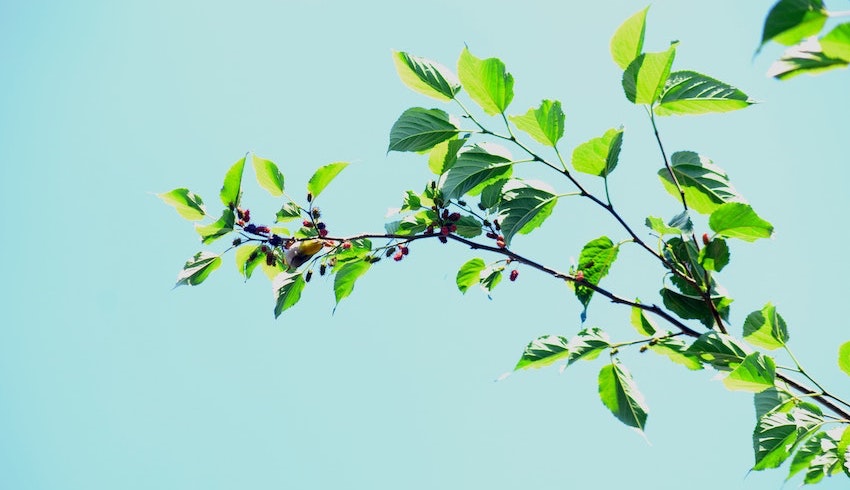