The Vielight Neuro Alpha is one of two next-generation transcranial-intranasal near infrared (NIR) headsets, engineered for increased efficacy and easy domestic use for comprehensive brain photobiomodulation. 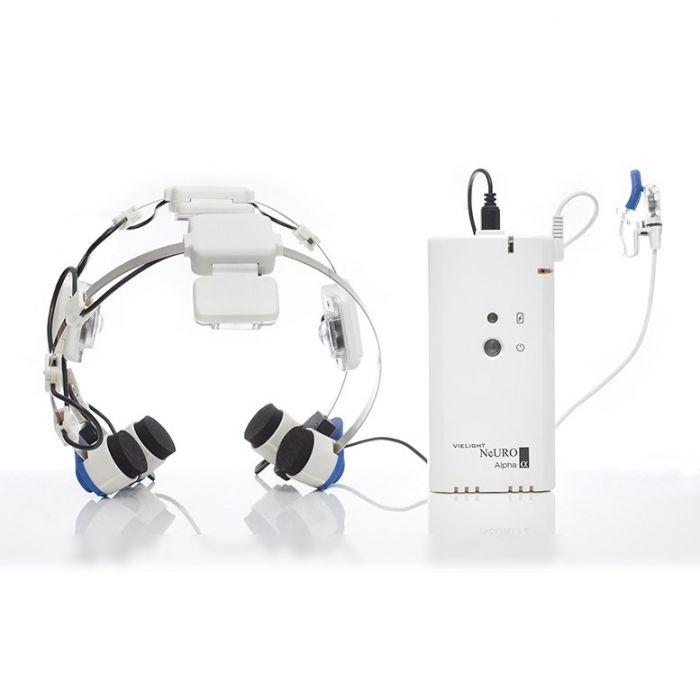 The VieLight Neuro is a general wellness device that is designed to enhance mental acuity. The NIR energy should theoretically reach targeted locations at immediate locations on the line of sight of the NIR beams. The depth of penetration varies between different individuals.

At present, Vielights engineering team is able to extract one of the highest amounts of power from a pulsed near-infrared LED source by incorporating microchip technology within the Neuro’s intranasal diode. 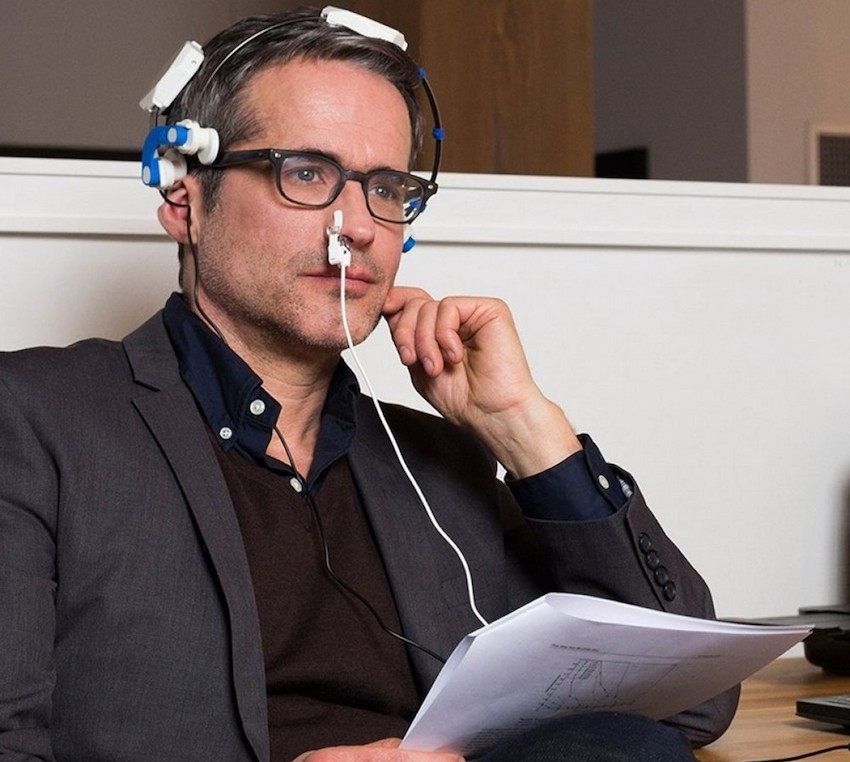 The Neuro Alpha and Neuro Gamma are next-generation transcranial-intranasal brain photobiomodulation headsets, with varying pulse frequencies. These devices utilise state-of-the-art microchip technology to boost photonic 810nm power density within the transcranial clusters, reaching 300% of the power output of the original Neuro. Our engineering team has downsized equivalent technology into the intranasal diode. Each session is auto-timed for 20 minutes, resulting in specific total irradiation with near-infrared photons of sufficient power density per cycle.

Gamma
The 40 Hz pulse rate correlates with gamma brainwave oscillations and specifically, enhanced memory function and cognition. This pulse rate differs from the 10 Hz pulse rate of the Vielight Neuro Alpha, which has an overall effect on neuronal health.

The Vielight Neuro Alpha or Gamma is a wearable device at the forefront of brain photobiomodulation. The 40 Hz pulse rate is an experimental pulse rate that has shown great promise in the field of memory research. This product comes with an intranasal applicator.

Neurons are cells that contain mitochondria. By utilising the science of photobiomodulation to energise neuronal mitochondria, this triggers a cascade of beneficial cellular events. Some potential effects are : neuroprotective effects, self-repair mechanisms and enhanced function.

Electromagnetic radiation within the NIR range carries the most potent form of photonic diffusion through tissue, blood and brain. The 810nm wavelength exhibits the least photonic scattering and absorption by blood|water in the entire electromagnetic spectrum. Clinical studies have shown that NIR radiation of sufficient power density is capable of diffusing through the scalp, skull and brain to depths of 4 cm or more, transcranially and through the intranasal channel.

Wear in the comfort of your home 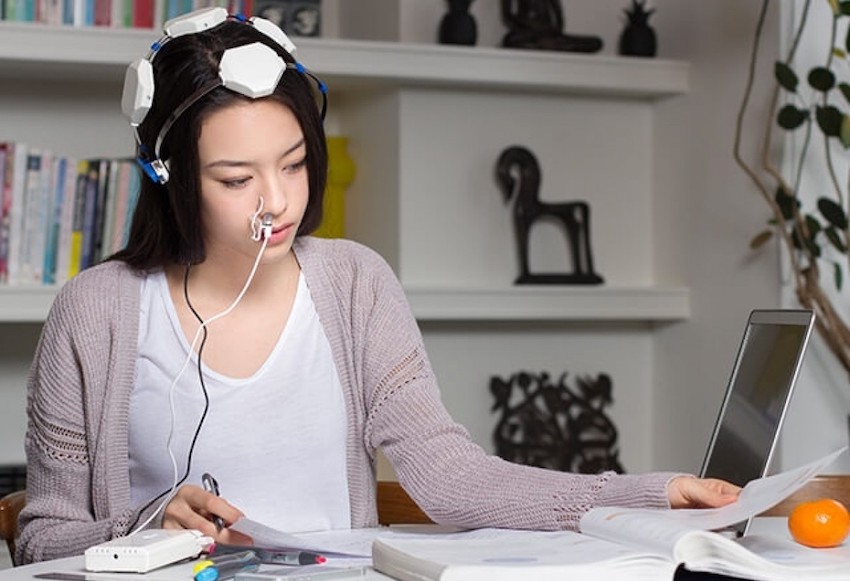 The Vielight Neuro Alpha is a pioneering device in the upcoming field of brain photobiomodulation, engineered with microchip LED technology. The design is based on the science of photobiomodulation, the utilisation of low level photonic energy to stimulate mitochondrial function in neurons. They are engineered to emit pulsed (10 Hz | 40 Hz) NIR light energy to the hubs of the default mode network (DMN) of the brain with embedded microchip technology light emitting diodes (LEDs).

The main objective is improved mental acuity and cognition without negative side effects. 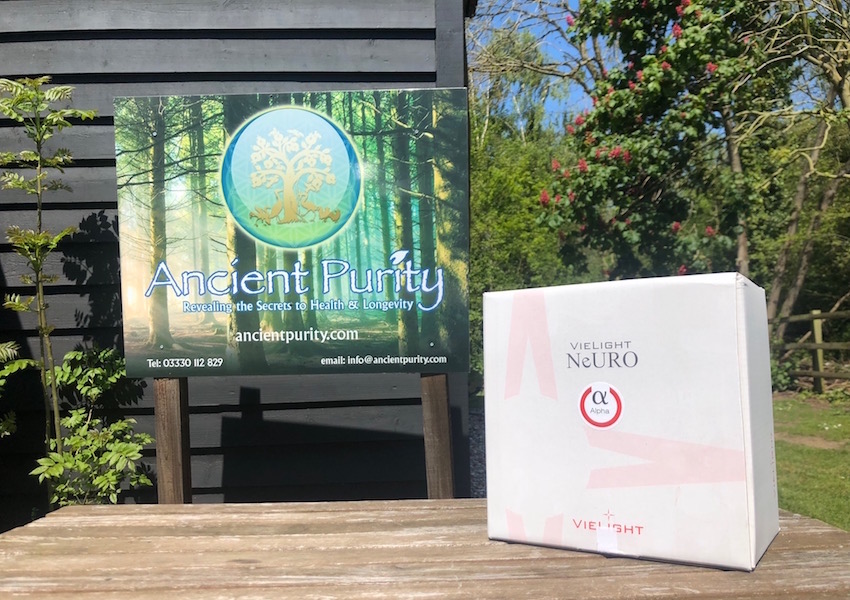 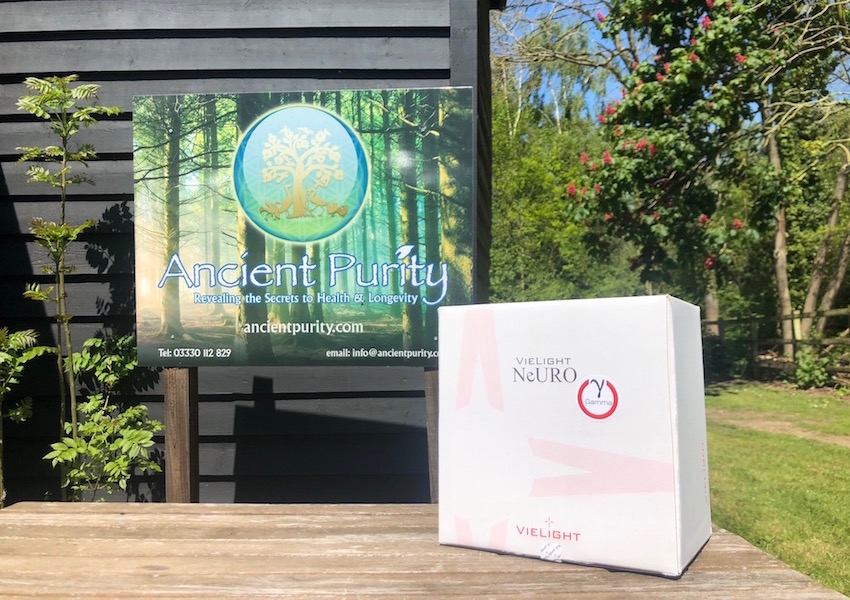 There are several mechanisms associated with promoting physiological change through photobiomodulation therapy (PBMT). The wavelengths primarily used with PBM is within the near-infrared range of the electromagnetic spectrum with a sufficient power density. When hypoxic/impaired cells are irradiated with low level NIR photons, there is increased mitochondrial adenosine tri-phosphate (ATP) production within their mitochondria. Another change is the release of nitric oxide from the hypoxic/impaired cells. Neurons are cells that contain mitochondria and nitric oxide.

In hypoxic neuronal cells, cytochrome-C oxidase (CCO), a membrane-bound protein that serves as the end-point electron acceptor in the cell respiration electron transport chain, becomes inhibited by non-covalent binding of nitric oxide. When exposed to NIR photons, the CCO releases nitric oxide, which then diffuses outs of the cell – increasing local blood flow and vasodilation.

Following initial exposure to the NIR photons, there is a brief burst of reactive oxygen species (ROS) in the neuron cell, and this activates a number of signaling pathways. The ROS leads to activation of redox-sensitive genes, and related transcription factors including NF-κβ.5, 6 The PBMT stimulates gene expression for cellular proliferation, migration, and the production of anti-inflammatory cytokines and growth factors.

The Science of Brain Photobiomodulation is catching on.

Vielight intranasal technology was featured on the “Brain’s Way of Healing” episode on the “The Nature of Things” series, featuring Dr. David Suzuki and Dr. Norman Doidge.  David Suzuki, Co-Founder of the David Suzuki Foundation, is an award-winning scientist, environmentalist and broadcaster. He is renowned for his radio and television programs that explain the complexities of the natural sciences in a compelling, easily understood way.

Dr. Doidge served as Head of the Psychotherapy Centre and the Assessment Clinic at the Clarke Institute of Psychiatry also taught in the department of Psychiatry at the University of Toronto. Along with his work on neuroplasticity, he is the author of chapters on research based standards and guidelines for the practice of intensive psychotherapy that have been used in Canada.

Lew Lim and his colleagues invented intranasal light therapy (or “photobiomodulation”) as a non-invasive method to introduce therapeutic photonic energy into the human body in California in 1995.

The research and development continued throughout the next decade before Vielight Inc was founded to commercialise the invention.
The research data in the field of photomedicine is growing and promising.

However, photomedicine requires science combined with engineering creativity to make it accessible for use in everyday life.

Battery Notes
A fully charged Alpha is sufficient for six treatments.
Guidance on Battery Management
(1) First, use the Vielight charger to charge the Neuro controller until the red charging light goes off.
Failing to do this may cause the battery life to be greatly diminished.
(2) To keep the controller fresh, fully charged, and ready for the next use, recharge the controller immediately after each use. It can be kept charging.
(3) Do not wait until the battery power is depleted to start charging as this will affect the performance of the batteries.
(4) Use only the charger provided with your Neuro. Using chargers belonging to other electronic devices will damage your Vielight controller and void your warranty.