Created by Natures Design this beautiful Spray Air-Ion with the white Flower of Life can be used to spray any liquids into your room onto your body, perfect for storing health enhancing liquids. Handmade from lead-free glass. We regularly move Magnesium Oil into this Sprayer, but the most common use is to put essential oils in, blends and use as a spray. 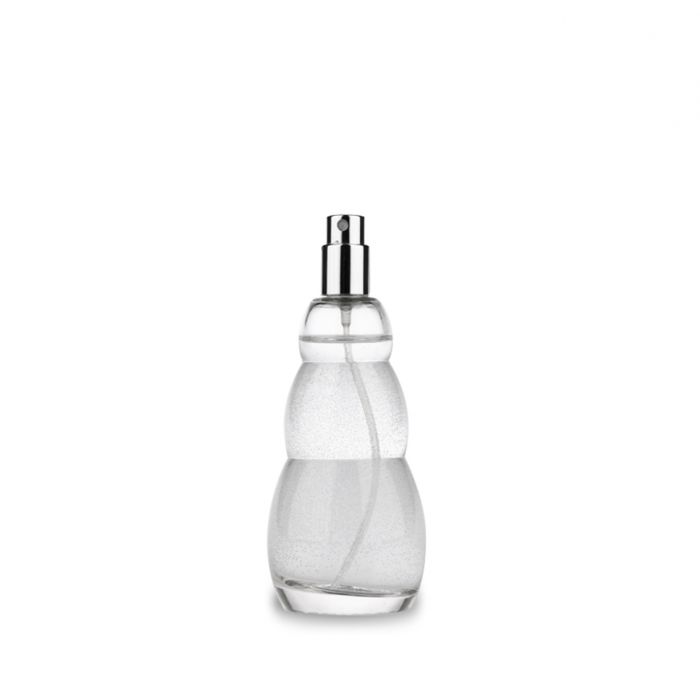 Studies have proven a regeneration of the air when using the Sprayer “Air-Ion”. A Sprayer filled with vitalised water from a carafe and sprayed on skin, plants, shoots and much more, instantly transform the often “stale atmosphere” environment into a fenfible of nature. The reason to it: The vital water transforms the room atmosphere with the negative ions in its water, into precious breathing air.

The "Air Ion" Sprayer has been based on the same design principles as other Nature's Design products with the three wave shape. It ejects a very fine mist that helps to regenerate stale or unhealthy air spaces. When filled with fresh, clean water (ideally from a Natures Design Carafe), the spray from the Air Ion vitalises the environment with negative ions and clears energy. Many users report a fresh feeling, like the feeling of being out in nature in the vicinity of a tumbling waterfall. 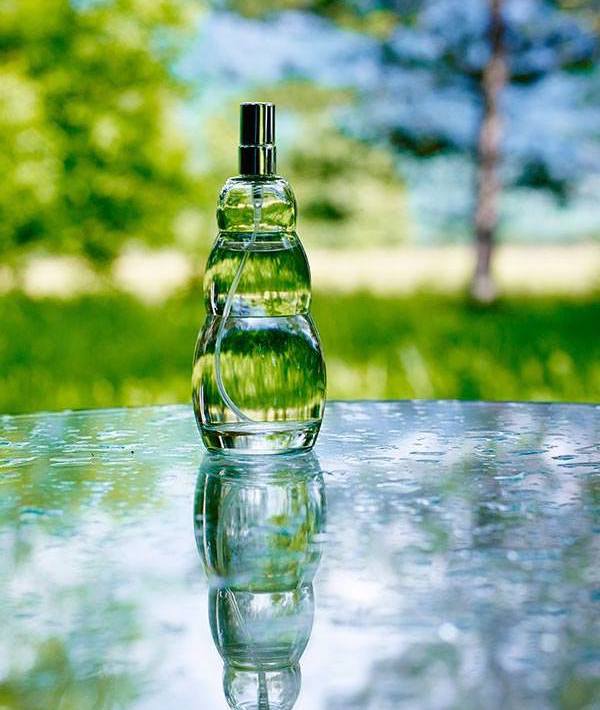 Flower of Life - Prototype for creation

This powerful symbol – another expression of what is sometimes referred to as “Sacred Geometry”, is found in many cultures and religions – and also in the products. And for good reason. In its simple beauty and perfection, it is a symbol of the perpetual process of creation and, in the process, contributes to the harmonious reorganisation or “structuring” of water. The Flower of Life consists of numerous overlapping circles. The starting point is the circle in the centre.

Represented in this circle is a basic, geometrical structure, which reveals that originally, all life sprang from a single source. Keyword: cell division. Cell division proceeds until every creature has achieved its appropriate and harmonious form. As this symbol is utilised in products, water held in these products remembers this “original code”.

Through the influence of the Flower of Life. Water once again arranges itself symmetrically as it corresponds to its basic structure, the hexagon. And this same, original, hexagonal form is found in the Flower of Life!

Rejuvenate Plants and your Living space 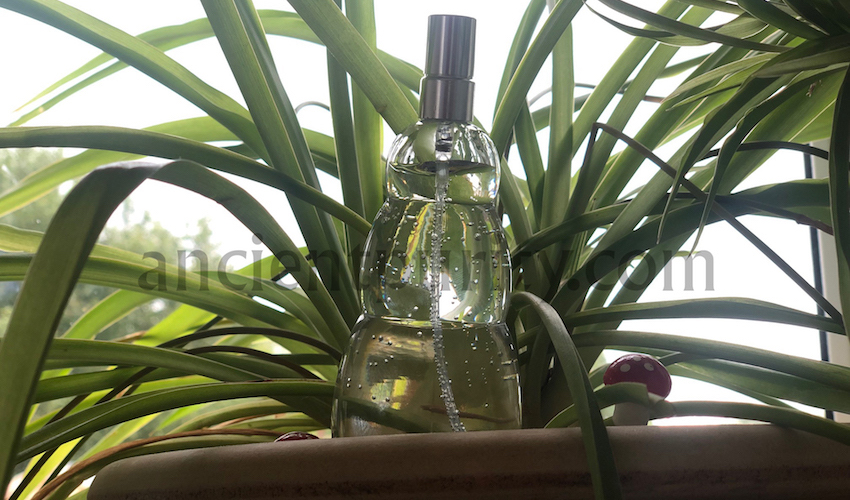 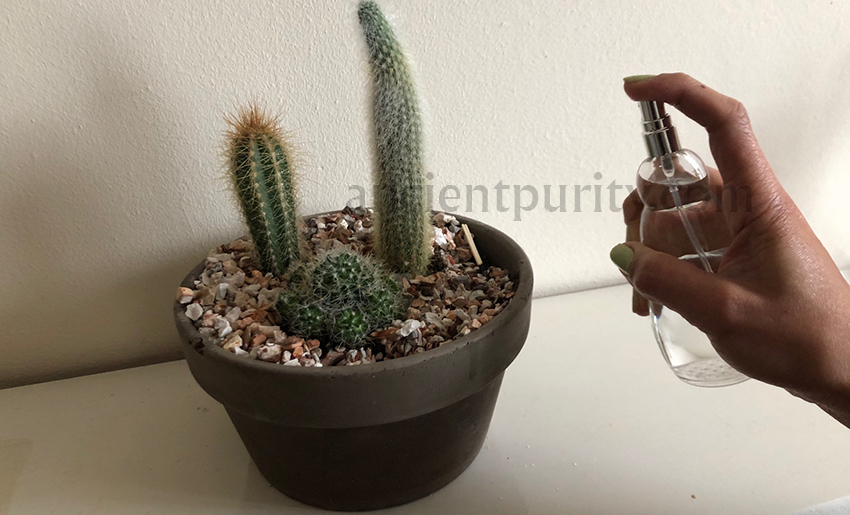 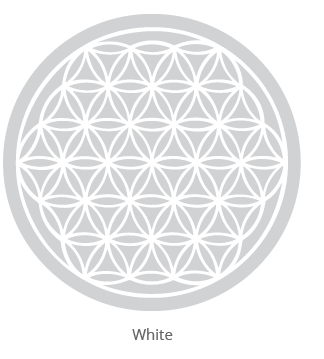 The white colour is known for its purity. It is associated with the good, with honesty, beginning, innocence and perfection.

This flower will help you broaden your perception and will make you feel more open for the new opportunities and suggestions.

Just like black, white has been the absence of colour, rather than its presence. White symbolizes purity, cleanliness, harmony, virginity, simplicity, truth, freshness and neutrality.

White affects us in the following ways: it increases mental clarity, it purifies our thoughts, and our actions too.

Natural white light raises the tones of our internal organs, producing electric currents favorable to all the necessary bodily functions.

Maybe all of these put together explain why doctors and medicines all imply white.

Colour healing therapy uses white in the treatment of some patients that suffer from a series of diseases, such as: the common flu, depressions, anxiety problems and hepatic problems.

Because it represents purity in so many cultures, white was a subject many philosophers approached and debated, many expressed their opinion on it, and many had carefully chosen words that remained in history.

Such are the words of Leonardo DA Vinci, who praised White for its purity.

There are also some white gemstones that are destined to bring good luck to their owners, and protect them after dark. Such stones are: the crystal quartz, the white topaz, the white selenite and the opalite. Although white has so many positive effects, there are some people who have an aversion to white.

Such a person does not seek perfection and accepts that humans are, by nature, imperfect. They tend to believe more in the tangible things than in the intangible.

A lot of facts can be written about white: it is the traditional color for brides in Japan and also in the Western tradition, but in China and in some parts of Africa, it is the mourning color.

In China, white is associated with metal, west (direction) and autumn. In Christianity white represents purity, and in the Bible, it is an emblem of the divine. In some parts of the world, people would make sure they have something white to wear before going to bed, because it would help them have nicer dreams.

A white flag is a signal for peace. Actually, white is used in idioms because of it being a symbol of purity.

So, if a person tells a lie that doesn’t have a consequence, it is called a “white lie”.

White is used for interior designs, when people have small houses and want to make them seem larger, or maybe simply because they want to have a bright interior.

So, to resume, because its great effects on people, white is used in a lot of treat.ments of various diseases, and it is widely known for being a symbol of purity.

In magic white is seen as protection. African American women regard the colour as pure.

Black magic is designed to hurt people and also lead others to misfortune.

White magic is recognised as good magic which is accustomed to recover someone from negative magic. 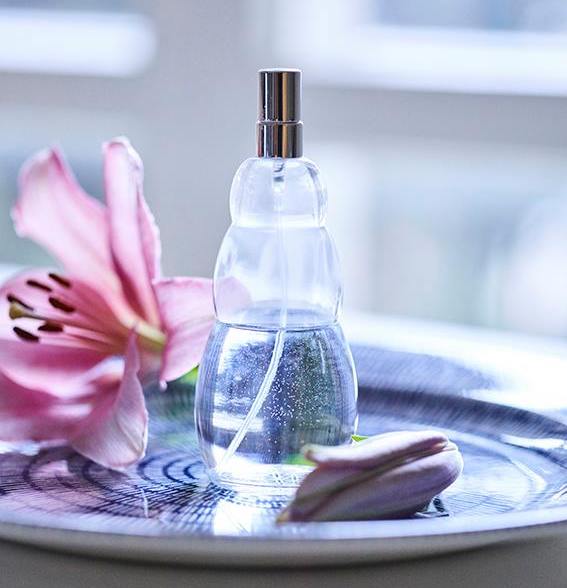 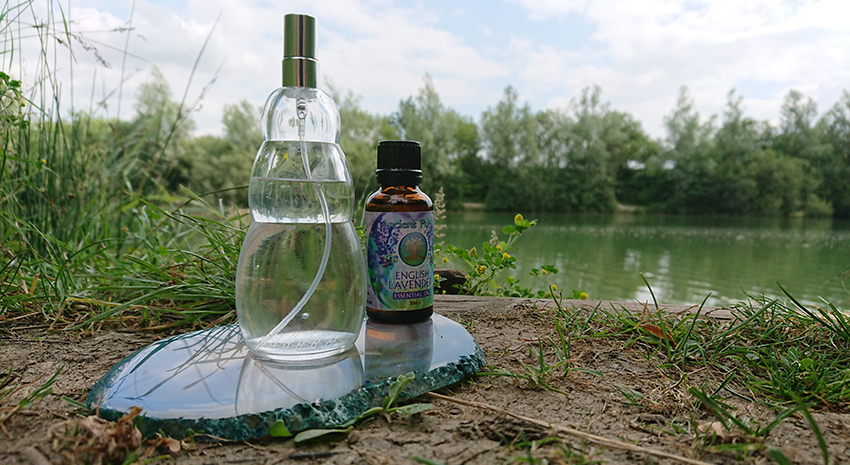