Mucuna has been used in the East Indian medical system of Ayurveda where it has been used therapeutically for many generations to balance the reproductive and nervous systems of the body. It is an adaptogen also known to be helpful for restful sleep, anxiety relief, eliminating addictive drug cravings, increasing brain power, calming the nerves and uplifting the mood. 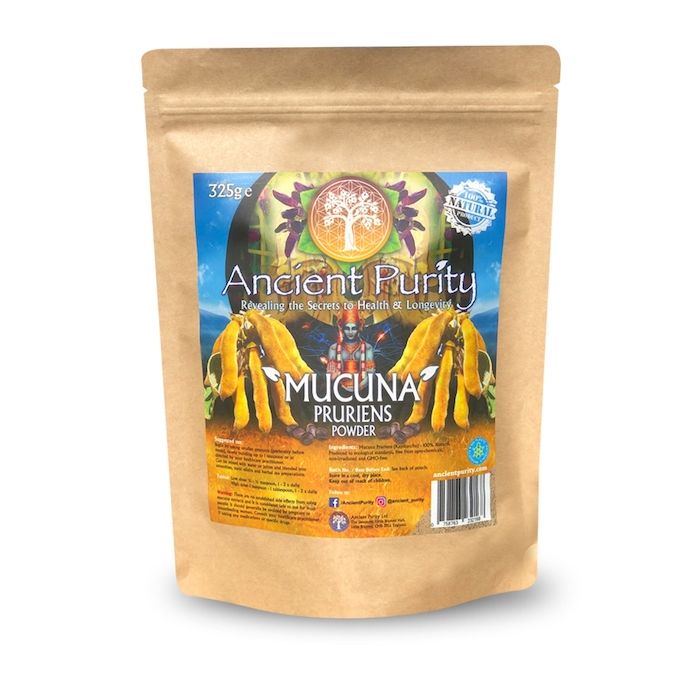 Ancient Purity presents a rare Ayurvedic herb... Mucuna aka Kapikacchu... Known for its naturally high content of the amino acid L-dopa or levodopa, which is an essential precursor to the neurotransmitter called "dopamine." Mucuna is one of the most beneficial herbs for normalizing the Vata Dosha.

In other words, it is a great herb for calming the nervous system and deeply nourishes tissues and fluids of the body.  It is one of the rare Ayurvedic herbs that actually balances all three doshas or body types Vata, Pitta and Kapha. In the Chinese herbal system, mucuna is acknowledged as a Yang and Jing herb, that helps to restore the kidney/adrenal systems, reproductive abilities, hearing and cognitive functions. 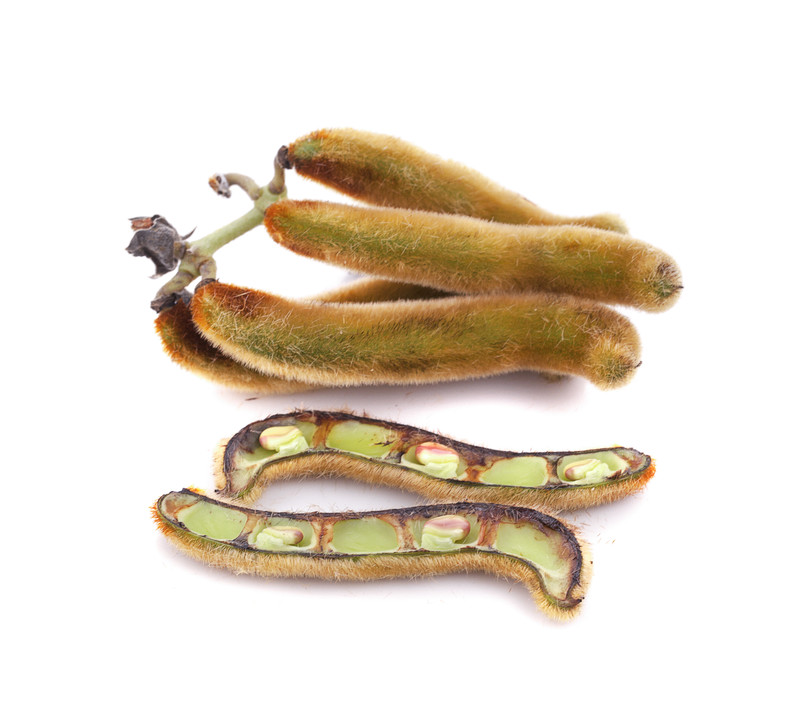 Light up your Health 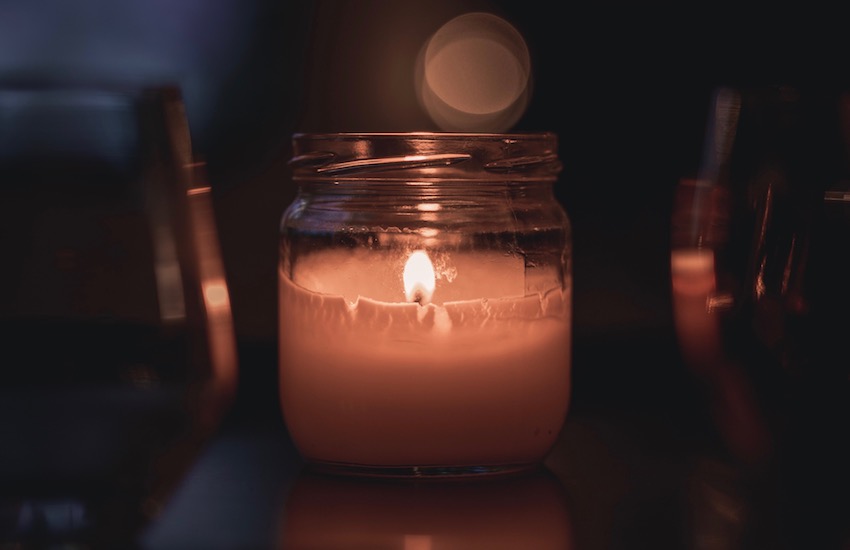 Mucuna or kapikacchu is one of the highest natural sources of a unique amino acid called L-dopa (levodopa), an essential precursor to the neurotransmitter dopamine.  Adequate levels of dopamine are essential for mental functions, emotional health, sleep, memory, motor skills and muscle coordination. Dopamine is known to calm and relax the nervous system, basically providing a shield and buffer that helps to "dope" up the body against stress. It is often referred to as the "feel good hormone" and can be naturally stimulated through various gratifying activities like dancing, exercise and pleasurable sexual experiences. Dopamine may be present in the body but is unable to cross the blood-brain barrier, unlike L-dopa. Once in the brain, L-dopa converts into dopamine through a process called decarboxylation. This conversion was originally scientifically proven by George Cotzias and his team of scientists, who won the Lasker Prize in 1969 for this discovery.

Mucuna is an excellent superfood to use for epilepsy or those who have experienced seizures of any kind. Mucuna, taken over a period of time (along with lions mane mushroom) can help to nourish traumas caused to the brain. "L-dopa is metabolized into dopamine by both the heart and brain. Dopamine is a neurotransmitter without which communication among the nerves within the brain would be impossible."  Vital Man by Stephan Buhner There are several significant health issues of the nervous system associated with low levels or absence of dopamine. Using mucuna derived L-dopa can be very helpful for any individuals with nerve-anxiety issues, mild to severe neurodegenerative disease or reduced cognitive capacities.Increased amounts of dopamine can be particularly helpful for those with low levels, as in conditions involving motor control disorders, seizures, diminished mental focus and depression. L-dopa is therefore considered a possible supplement for those with cognitive issues who can not efficiently produce dopamine in the brain. 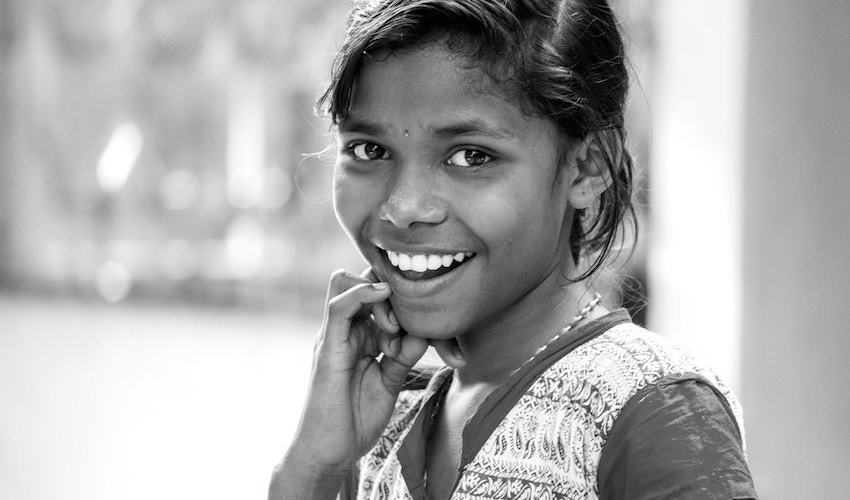 Mucuna shows massive potential in its use in potential in recovery from addictive stimulants or drug use. In addition, dopamine levels are also depleted by stress, over-use of stimulants, legal and illegal drug abuse and excessive alcohol use. L-dopa helps to replenish dopamine that is deficient in those recovering from these addictive substances.

When our dopamine is drained we get overly restless and jittery, which can cause damage to the neurotransmitter production in the brain. Mucuna pruriens benefits can be helpful for restoring healthy neuron synapses and, as a Jing tonic, could be included in an adrenal rejuvenation protocol after prolonged caffeine use. 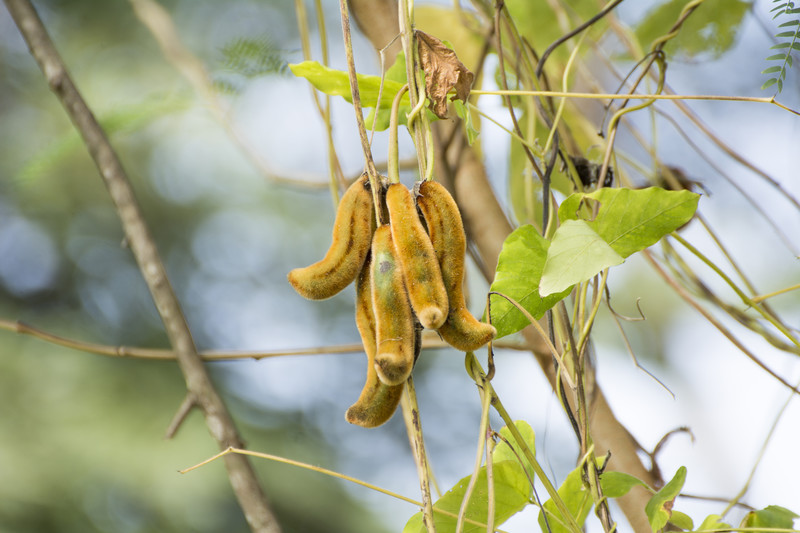 The Mucuna pruriens plant is a fast-growing vine and member of the Fabaceae legume family.  It is native to various tropical locations in South America, India, Africa and the West Indies. The seeds or beans are either a beige, brown or black colour and grow inside a 2-3 inch long curved velvety pod that is known to cause irritation to the skin when touched.
The word mucuna comes from the Tupi Amazonian tribe and the Portuguese word "mucunán" and the Latin word prurire (pruriens) which makes reference to the itchy substance in the pod hairs.
Being a legume nitrogen fixer, the plant has been used as an experimental cover crop to restore soil fertility that has been destroyed from agricultural use.

Mucuna is an aphrodisiac that promotes fertility in both men and women, increasing male sperm count and testosterone levels, in addition to regulating ovulation cycles in women.  One reason for this effect is because dopamine naturally enhances the production of other hormones. It is known to help increase testosterone as well as stimulate the pituitary gland to produce HGH (human growth hormone).  For this reason, mucuna has become popular as a natural HGH secretagogue and bodybuilding supplement.

Mucuna pruriens benefits have long been acknowledged as a reproductive tonic in Ayurvedic medicine useful for treating infertility and low sex drive, categorised as an Ojas building substance that improves sexual vitality and functioning. Kapikacchu is also a common component used with other herbs like ashwagandha, Shatavari or amalaki in rejuvenation formulas.

A 2009 study concluded that the "Treatment with M. pruriens regulates steroidogenesis and improves semen quality in infertile men." "L-dopa has also been found to increase sexual interest and activity and to facilitate erections in men. It is used for treating anorgasmia (a woman's inability to have an orgasm)." Vital Man by Stephen Buhner. 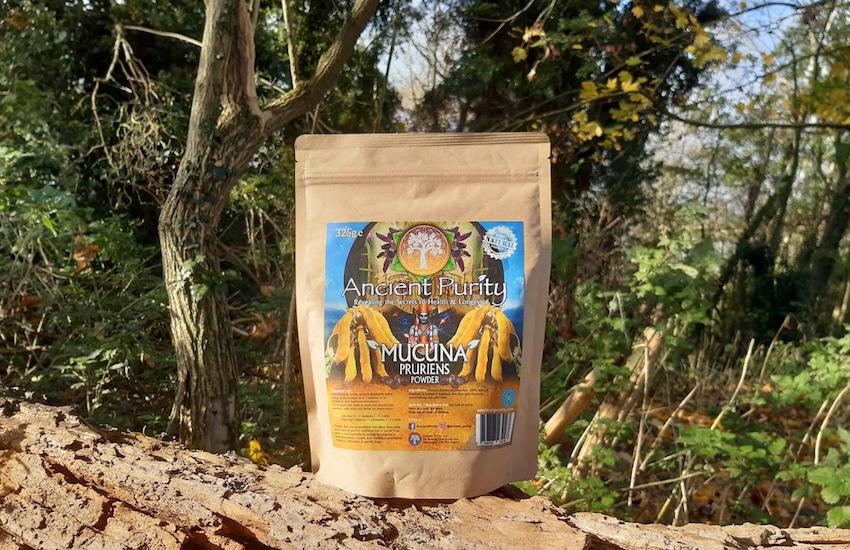 The powder can be mixed with water or juices and blended into smoothies, tonic elixirs and herbal tea preparations.
Historically, Mucuna pruriens benefits have also been used as an ingredient with cacao, or raw chocolate, in the Amazon for over 2,000 years.  It adds a nice calming balance to the theobromine and caffeine in cacao for some people who are sensitive to it.

Mucuna powder has also been stirred into hot water for use as a coffee substitute that natural energizes the body as opposed to overly stimulating it. The Ayurvedic properties of mucuna are sweet, bitter and hot. We like to mix it in water and drink it in the morning before meals, which is a great way to consume any micro-nutrient.

Mucuna use:
Begin by taking smaller amounts (preferably before meals) 1/4 - 1/2  teaspoon, eventually building up to 1 teaspoon or as directed by your healthcare practitioner.

Warning: Avoid contact with eyes and nose. Will cause itching.

Precautions: There are no established side effects from using mucuna extracts and it is considered safe to use for most people. It should generally be avoided by pregnant or breastfeeding women.  Consult your health care practitioner if taking any medications or Parkinson specific drugs.