Mangosteen (Garcinia Mangostana) native to the South Pacific, is perhaps the tastiest tropical fruit in the world. Mangosteen was traditionally used in some Asian folk medicines. It's rich in vitamin C, B6, B12 and many more contains at least 20 known xanthones, Carotene and Cryptoxanthin, plus lots of minerals. 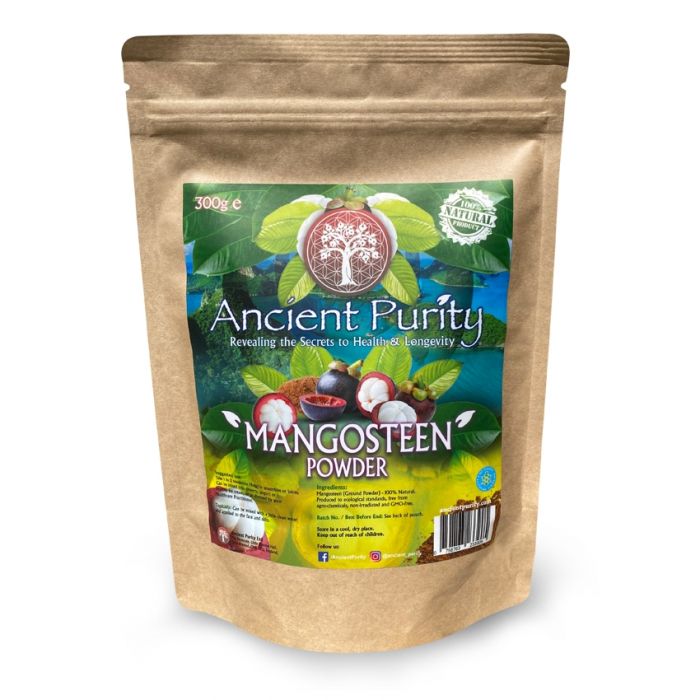 Mangosteen is often called the "Queen of Fruits" because of being such a nutrient dense fruit, it is also an antioxidant-rich fruit, particularly known for the presence of xanthones in its white pulp. Xanthones are polyphenols, which have anti-inflammatory and anti-carcinogenic properties. According to research done by Ohio State University  (USA) the fruit is also rich in Vitamin A, B6, C, Thiamin, Niacin, Riboflavin, Folate, Potassium, Zinc, Magnesium, Sodium, Calcium, Phosphorus, Carotene and Cryptoxanthin. The pericarps of Mangosteen contain Xanthones which exhibit anti-inflammatory, and anti-bacterial effects.

Xanthones have been researched and published in the Journal of Ethnopharmacology they exhibit the potential to be developed as agents to prevent major health issues or can be used in combination with drugs for beneficial effects. Mangosteens contain powerful antioxidants, these antioxidants contain cell boosters (Xanthones) which as mentioned above have medicinal properties. So Mangosteen is justifiyably called a healing fruit. Dr. Zhuohong Xie et al., International Chemistry Testing, Massachusetts, in a study shows the daily consumption of a Mangosteen drink improves antioxidant levels in the body. Mangosteen is a rich source of nutrients and a longevity drink, the Powder makes the perfect addition to Super Smoothie. 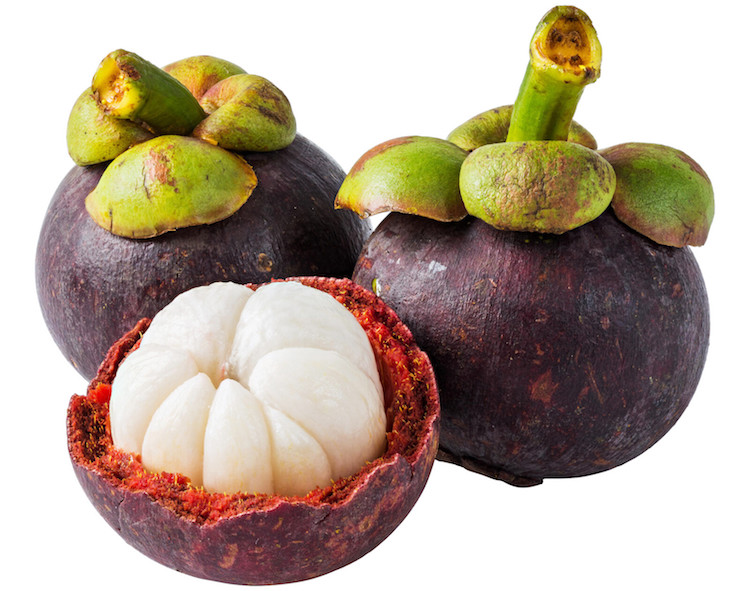 Mangosteen could help prevent diabetes and/or keep it under control, this is because Mangosteen has been shown to help maintain normal blood sugar levels. It has been shown to act as an alpha-amylase inhibitor, which means that it inhibits enzymes that cause starches to break down into glucose. A study published in the Journal of Agricultural and Food Chemistry showed that the fruit contains compounds that were found to be comparable to that of acarbose, a prescription drug used for type 2 diabetes symptoms. Dr. Dónal O’Mathuna, The Ohio State University, US, in his book Alternative Medicine: The Christian Handbook writes about the use of mangosteen to cure diabetes, as it is effective in managing and maintaining blood sugar levels in the body.
Mangosteen’s blood sugar-lowering ability is said to come from its tannic acid and even more so from its oligomeric proanthocyanidin complexes (OPCs). OPCs are naturally occurring plant metabolites that are widely available in fruits, vegetables, nuts, seeds, flowers and bark. In addition to being good for blood sugar, OPCs are primarily known for their antioxidant activity. They’ve also been reported to demonstrate antibacterial, antiviral, anticarcinogenic, anti-inflammatory, anti-allergic and vasodilatory actions.
One study conducted in India at the Centre for Advanced Studies in Botany (University of Madras) on animal subjects showed the cardioprotective effect of alpha-mangostin, a Xanthone derivative from mangosteen. The fact that mangosteen is high in xanthones, which are extremely powerful antioxidants, may be helpful in reducing heart attack risk. 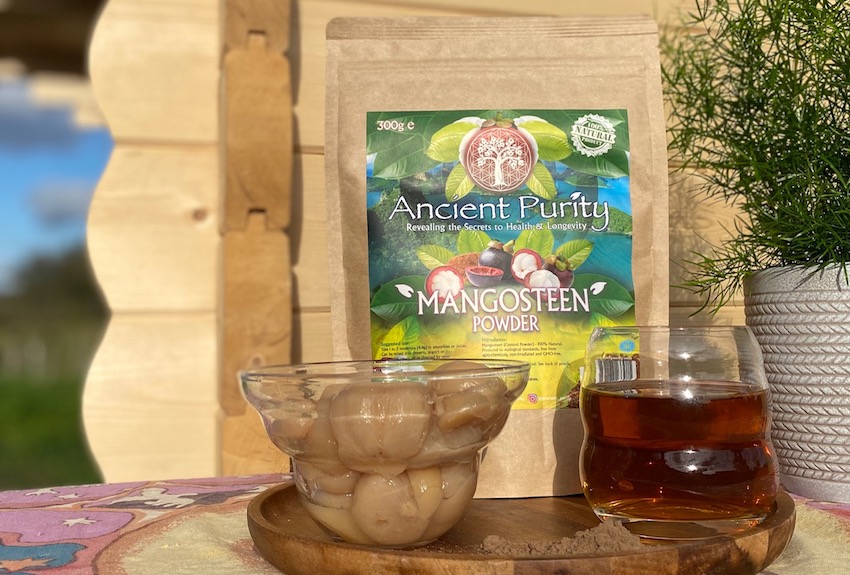 In 2005, researchers in Thailand published an interesting study on the antimicrobial effects of Thai medicinal plants against Propionibacterium acnes, the main acne-causing bacterium. This study, which was published in the October 2005 issue of the Journal of Ethnopharmacology, showed that 13 of the tested medicinal plants could inhibit the growth of P. acnes. Along with three other exotic plants, Mangosteen fruit was shown to exert particularly strong inhibitory effects against P. acnes. These anti-acne effects were attributed to the presence of xanthones in Mangosteen pericarp.

After the 2005 study revealing the potential health benefits of Mangosteen Powder for acne-prone skin, several other science projects have been conducted to further investigate the anti-microbial effects of mangosteen extracts. One study examined whether mangosteen pericarp extracts from some parts of Thailand had more anti-acneproperties than extracts derived from fruits grown in other parts of the country. Published in the Jan/Feb 2009 edition of the Songklanakarin Journal of Science and Technology, this study found that the Mangosteens collected in the Southern provinces of the country had stronger anti-bacterial properties against P. acnes as well as higher levels of Α-mangostin.

In addition to fighting P. acnes, Mangosteen Powder has also been shown to fight Staphylococcus epidermidis (S.epidermidis) the skin damage and inflammation caused by P. acnes can make your skin more susceptible to colonisation by S.epidermidis. It's not yet clear whether S.epidermidis can actually make acne worse or whether its presence is just a harmless side effect.

As well as its potential anti-acne effects, Mangosteen may also offer other benefits for the skin by protecting the skin from the premature ageing of the skin caused by the sun's UV rays. When your skin is exposed to the sun, it starts to produce metalloproteinases, enzymes that help your body repair sun-injured connective tissue. However, not all metalloproteinases are beneficial. Some of them break down collagen and elastin, which can eventually cause wrinkles. Free radicals, unstable molecules generated by things like air pollution and cigarette smoke, are known to boost the production of the harmful metalloproteinases.

Antioxidant-rich foods like Mangosteen can neutralise free radicals, thereby reducing the production of the metalloproteinases that break down collagen and elastin. Experts say Mangosteen fruit has an ORAC value of 1,780. ORAC (Oxygen Radical Absorbance Capacity) is a standardised technique used by scientists to measure the total antioxidant potency of foods, drinks, and supplements in an in-vitro setting. Kale for example has an ORAC rating of 1,770, spinach has an ORAC value of 1,515. 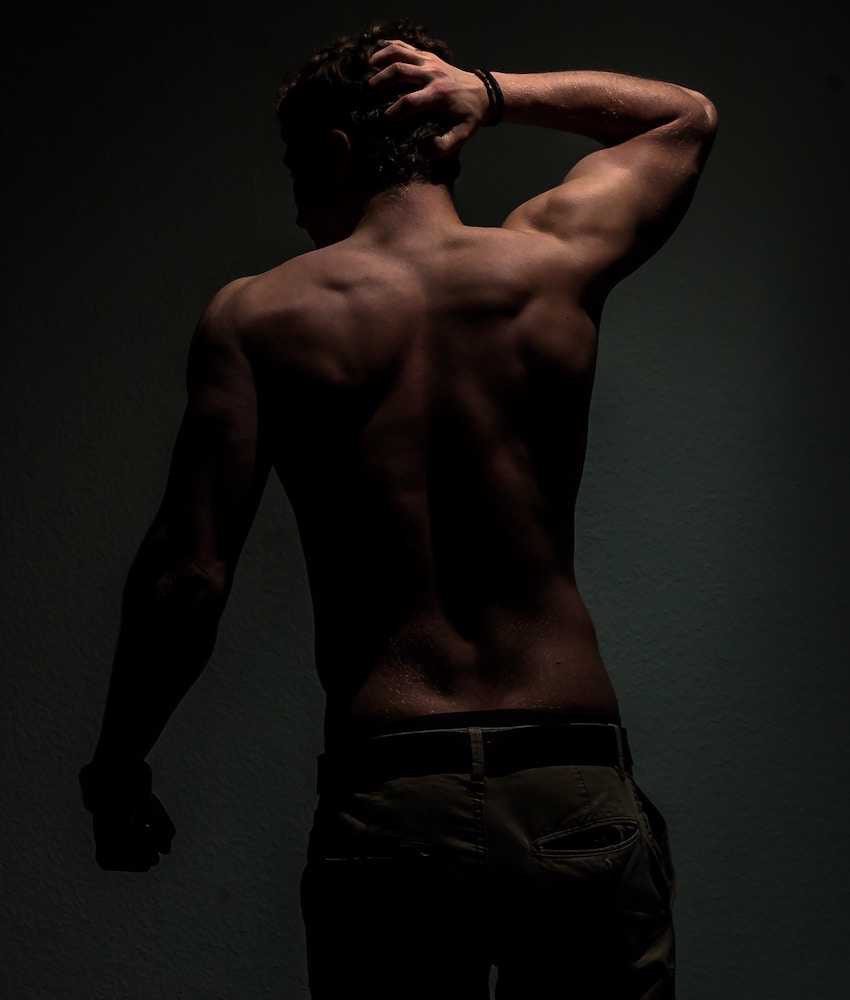 In our bodies, cryptoxanthin is converted to Vitamin A (Retinol) and is considered a "provitamin A" like other Carotenoids Cryptoxanthin is an antioxidant that may help prevent free radical damage to cells and DNA, whilst stimulating the repair of oxidative damage to DNA.

In one study, cryptoxanthin increased the activities of detoxifying enzymes in liver, colon, and tongue of rats. Cryptoxanthin can also be used for anti-inflammation, reduction of insulin, and improving metabolism. In another study, mice that were dosed with cryptoxanthin had higher learning ability.

Cryptoxanthin may also benefit people who are at risk of diabetes. Researchers from Japan found that oral administration of cryptoxanthin prevented bone loss in streptozotocin-diabetic and ovariectomized rats.

It increased their calcium content, alkalin phosphate activity, and DNA content in the femoral-diaphyseal and -metaphyseal tissues.

Cryptoxanthin was found to be good for the lungs. In studies, high intake of cryptoxanthin has been associated with a decreased risk of lung issues, particularly among smokers.

If you want to get your skin radiantly glowing for summer or you want to experience the serious power of Mangosteens Xanthones and all its other nutrients, then a simple delicious smoothie is an easy way to get the celluar health boosting effects from this Super Fruit.

Get your blender out and make sure you have ice cubes from clean fresh water, we like Gravity Fed Filtered. 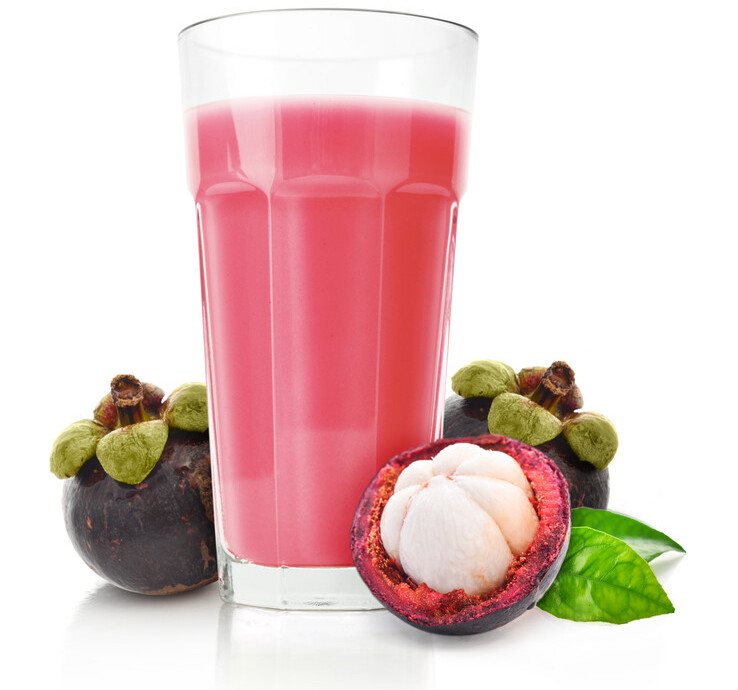 Drink these smoothies regularly in summer for amazing health, in winter you can drink it once a week to enjoy a bit of light in the cold season. Smoothies in Ancient Purity's opinion should be lessened in the cold months.

Is fresh fruit preferable over Powder... of course it is, unless you are living or staying in South East Asia you're unlikely to have access. Importing whole fruit has issues with ripness and the carbon foot-print.

The Powder is from fresh ready Mangosteens in Thailand, freeze dried and then ground. You don't have to worry about it going off in days and still enjoy a massive health kick from fresh ground powder.

A SuperFruit, dried, ground and ready to Nourish

Mangosteen the Currency of Good Health

Mangosteen has been long and highly valued for its juicy, delicate texture and slightly astringent flavor, cultivated in Java, Sumatra, Indochina and the southern Philippines from antiquity. It’s a common dooryard tree in Indonesia, and in Myanmar (Burma), it’s called men-gu.

Magosteen seedlings can take 8 - 15 years to bear fruit, and the trees usually produce good crops only in alternate years. The number of petals on the bottom of a Mangosteen indicates how many sections it contains inside.

Mangosteen is said to have made its introduction into the Western Hemisphere when it was first grown in English greenhouses in 1855. Mangosteen then went on to became established in several of the West Indian Islands (most notably Jamaica) and later on the mainland in Ecuador, Guatemala, Honduras and Panama. In the 1800s,

Queen Victoria is said to have offered knighthood to anyone who brought her fresh mangosteens from Asia. 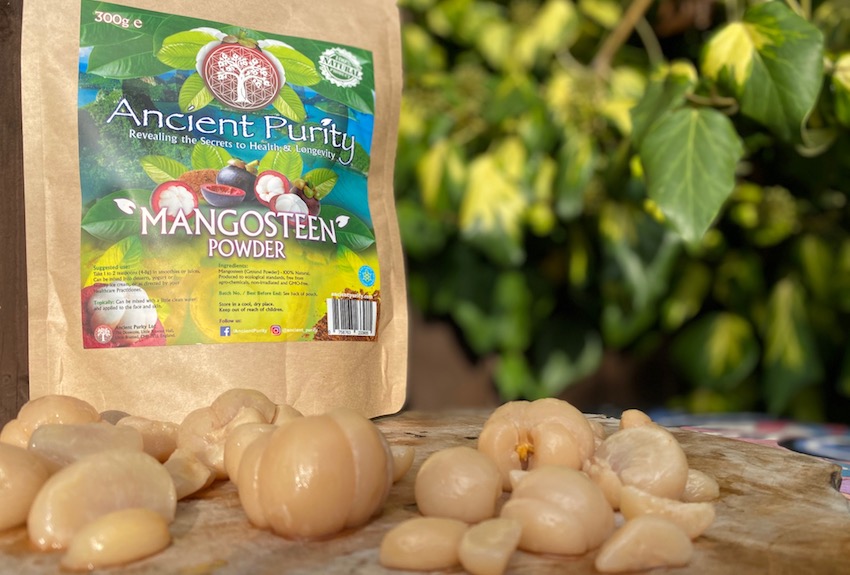 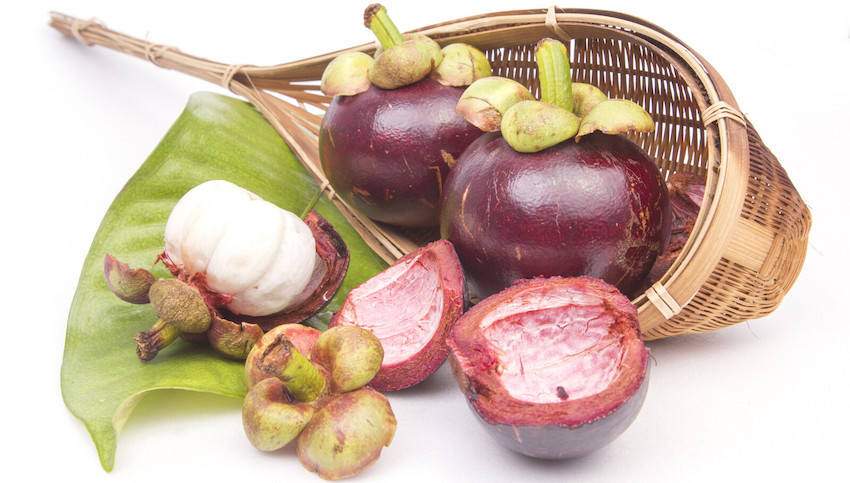