Ultra Concentrate Liquid Ionic Lithium Supplement (500PPM) 10 drops of this product contains 500mcg of pure Lithium. Lithium is in the same class as the mineral electrolytes sodium and potassium. Many experts consider Lithium an essential nutrient with a provisional recommended daily allowance of 1mg (milligrams) daily for an 70kg (154 pounds) adult. Some people may experience some incredible benefit from researching larger Lithium amounts. Lithium is found in trace amount in numerous plants, plankton, and invertebrates. 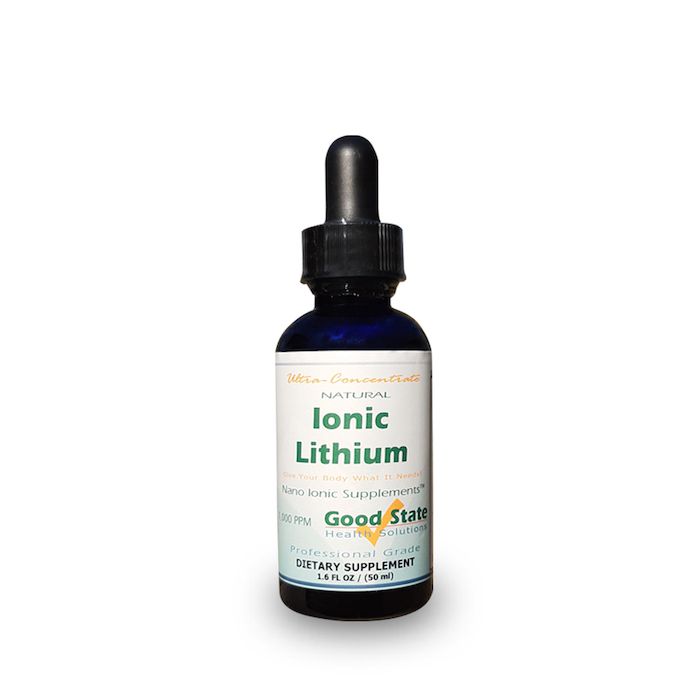 Lithium has been extensively studied, recent research is now discovering many more applications for low dose Lithium from 1-10 mg per day. Lithium at this dose range may provide numerous physiological benefits. Deficiencies can occur due to diet and refined water sources and may be depleted with the consumption of mercury, aspartame, MSG, BPA and other excitotoxins.

Ionic Lithium supports Vitamin B12 and folate transport and uptake, as well as helping to balance excess glutamate, Lithium supports production of red blood cells. Perhaps one of its biggest benefits and recognised applications is the healthy support of Brain and Cognitive function and performance. Ancient Purity will go as far to say Lithium is a powerful element and should really be considered for light mood and calmness, other research worth following is its ability in Healthy Ageing and our bodies nerve function. 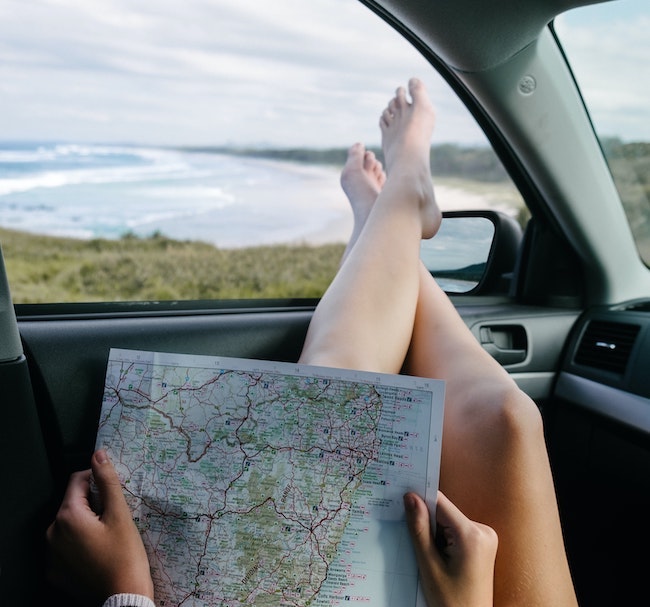 You will see likely have seen phrases about some natural health products like "ionic," and "ionised (ionized USA) minerals." Ancient Purity beleives in some natural health elements for it to be Ionic creates superior results. We choose a few minerals in Ionic form because in some circumastances they absorb faster and more efficiently than traditional pills. Ionic means to convert wholly or partly into ions, an ion is any atom that has a positive or a negative charge. A positively charged ion will hook up with a negatively-charged one, then it turns into something new and available

Lithium is associated with brain health, it can can boost gray matter in the prefrontal cortex region of the brain, which is the part associated with emotion, thought, and personality in otherwise healthy individuals, as well as white matter. Researchers suggested that Lithium does this by stimulating the brain to generate new stem cells, which then develop into neurons. Research has found that the neuroprotection properties of Lithium can revolutionise the field of brain research and neurodegenerative disease. The research does demonstrate Lithium's ability to protect the brain from normal wear and tear (neuroprotection) and to discourage normal age-related brain shrinkage. One randomised, double-blind study found that Lithium worked comparably to a popular mind medicine for the most common symptoms of short attention span and even secondary symptoms like mood imbalance. The study looked specifically at how Lithium affects irritability, aggressive outbursts, anti-social behavior, anxiety, and depression in adults. It also tested how the adults performed on tests of verbal learning and sustained attention.

Lithium encourages neurons to form synapses, which are the connections between the nerve cells. Scientists cultured rat neurons from the hippocampus — the part of the brain that organises thoughts and memories and found that when rat neurons were grown in culture (Petri dishes) with Lithium, they formed significantly more synapses than without the Lithium over just 4 hours. By encouraging neurons to form synapses and grow, Lithium boosts your cognitive skills, memory, and even focus. When new neurons grow, it improves your focus, memory and cognitive function ("thinking skills"). The authors suggest this may account for the gray matter boost seen in some studies. Studies have also shown a boost in neural stem cells, undifferentiated cells that will eventually grow into neurons. Besides the hippocampus, scientists have seen growth in the frontal cortex part of the brain, which influences cognitive abilities, supports mood, and improves focus, and memory. People taking Lithium had as much as 15% higher gray matter compared to those not taking it; however, that was in patients taking prescription medication at higher doses.

Lithium is known to normalise mood. Less well known is that lithium can normalise mood in low micro-servings for healthy individuals. Beyond typical mood swings, studies have found Lithium even reduces the risk of suicide — even at very low amounts, such as 70-170mcg (micrograms) found in water supplies. One study in Texas found people living in areas with higher levels of Lithium in the water had consistently lower rates of suicide, aggressive crimes, and drug arrests. Similar findings were found in a study from Japan. For less serious moody blues, low-servings of Lithium may also balance emotions and improve your response to temporary anxiety or stress. One study showed that individuals given micro-servings of lithium over 4 weeks reported steadily improved mood in areas related to happiness, friendliness, and energy. Yet more promising research shows that Lithium could be an effective remedy for headaches. One study gave 64 patients  concluded that it's effective for occasional headaches. Another study showed that lithium can calm the severity of headaches. Lithium is also known to help hypnic or "alarm clock headaches" which often affect the elderly, waking them from sleep at the same time each night. Those occasional, nightly headaches otherwise disrupt circadian rhythms and take away from restful sleep. The authors suggest that Lithium may positively influence serotonin in the body, which promotes sleep 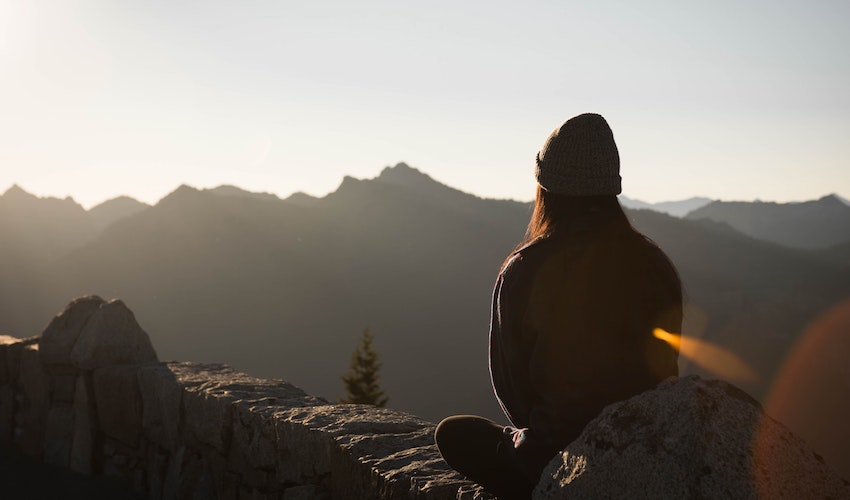 Keeping on the trail of Lithiums actual research, one study found that Lithium may have potent immune-bolstering effects, simultaneously exerting immune-stimulating properties along with helping the body resist harmful organisms. Lithium appears to normalise levels of prostaglandin which are tiny signalers in every cell of the body that modulate a variety of metabolic actions. Excessive prostaglandin activity can depress your immune system; however, Lithium may play a role in preventing its immune-suppressing effects.

In Japan there has been some exciting research demonstrating a strong correlation between Lithium and how long you live. The study analyzed 18 water municipalities with over 1.2 million citizens. They found lower mortality rates from all causes in the population groups receiving higher levels of Lithium in the water supply. Not only that, the scientists found when they gave Caenorhabditis elegans roundworms (a model organism often used in anti-aging studies) comparably low servings of lithium, it also extended their lifespan. Lithium may have antioxidant properties known to provide anti-ageing benefits that improve longevity. Specifically, lithium reduced damaging free radicals in the hippocampus part of the brain, though the study suggested the mineral can't completely counter the impacts of chronic stress.

Lithium may boost heart and cardiovascular health in surprising ways. One study found that the electrocardiograms of people who took lithium had lower "T wave amplitude" an indicator of heart attacks without any decline in heart function. However, this was at a relatively high therapeutic dose of lithium carbonate, which is only available in prescription form. Early research also shows that lithium boosts the body's production of VEGF (Vascular Endothelial Growth Factor), a protein that helps your body form new blood vessels. VEGF is part of the system that restores oxygen to tissues when they are not getting oxygen. The researchers suggest lithium may help stroke victims recover by boosting the speed at which blood vessels regrow in the brain, also known as "neurovascular remodeling." 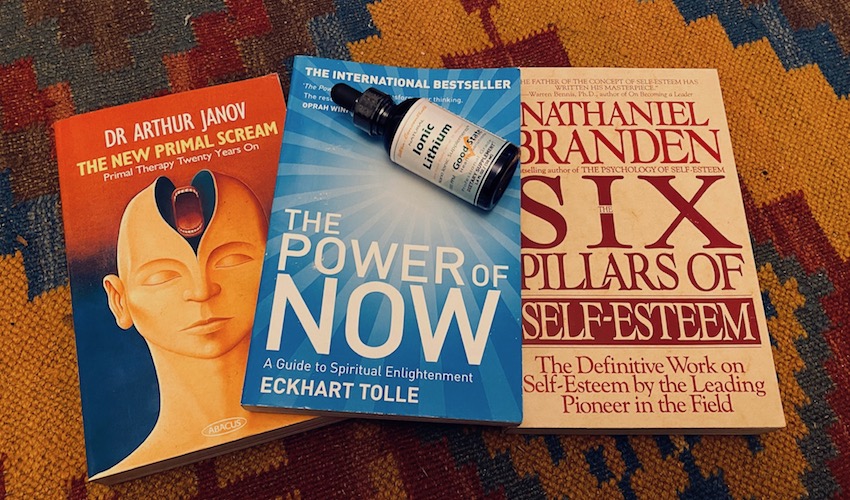