Ultra Concentrate Liquid Ionic Chromium Supplement. Chromium is one of the best supporters for regulating blood sugar levels and maintaining a healthy heart, and the average western diet is deficient in Chromium due to a lack of it in typical soil and water. It can be involved in the metabolism of glucose and energy production, which means you can get more done throughout the day and Chromiums plays an important role in burning fat. 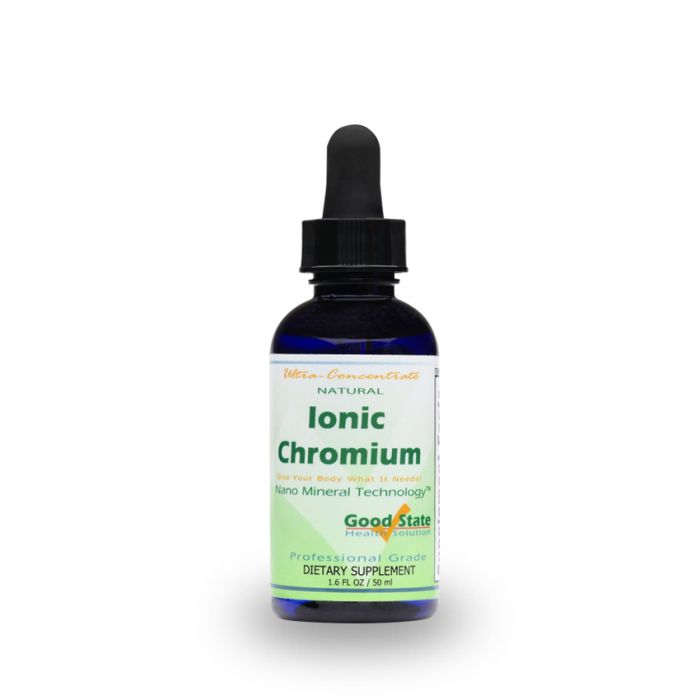 Ancient Purity present a clean, safe and effective Chromium supplement... Chromium, is a type of chemical element that’s actually a hard and brittle metal, it is a trace mineral needed by the body in small amounts for healthy functioning. Chromium has been well-researched for its use in natural health for blood sugar balance, heart support, healthy weight and brain health are all known benefits. Chromium is linked to healthier hypothalamic functions. The hypothalamus is extremely important, a central part of the autonomic nervous system that helps controls body temperature, thirst, hunger, sleep and emotional activity. Research suggests that chromium can help keep the hypothalamus in a more youthful state, better regulate appetite in elderly adults and prevent negative effects on brain neurons caused by ageing.

Chromium plays a role in the insulin-signaling pathways that allow our bodies to control the amount of sugar we take in, helping balance blood glucose levels and giving us stable energy. Research also shows that chromium can help protect DNA chromosomes from damage, which means chromium may be able to halt cell mutations that can lead to various chronic diseases. In addition, chromium is associated with longevity and improved cardiovascular health due to its role in metabolising fats, in addition to proteins, carbs and other nutrients. 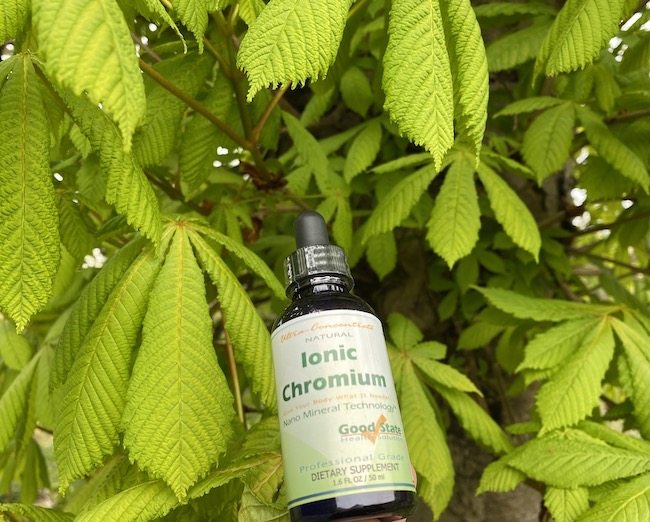 You will see likely have seen phrases about some natural health products like "ionic," and "ionised minerals." We believe in some natural health elements for it to be Ionic creates superior results. We choose a few minerals in Ionic form because in some circumastances they absorb faster and more efficiently than traditional pills. Ionic means to convert wholly or partly into ions, an ion is any atom that has a positive or a negative charge. A positively charged ion will hook up with a negatively-charged one, then it turns into something new and available.

In the USA an estimated 25-50% of the population is mildly deficient in chromium, a greater incidence of deficiency than is found in almost any other developed country, here in the UK and probably most of the western countries we can expect it to be similar. The industrialisation of the American food supply chain, reflected in very low soil levels of Chromium and the loss of chromium from refined foods, especially sugar and flours, probably contributes to this. Dietary Chromium has a low absorption rate, which becomes even lower with age, so the elderly are especially at risk. Life threatening clinical deficiency may be rare, but deficiency is common.

Because adequate dietary Chromium helps to maintain insulin sensitivity, Chromium deficiency can contribute to the development of diabetes and metabolic syndrome. Even mild deficiencies can produce problems in blood sugar metabolism, and contribute to other symptoms such as anxiety or fatigue. Altered cholesterol metabolism, accelerated atherosclerosis, decreased growth in young people and delayed healing time after injuries or surgery can result from deficiency. 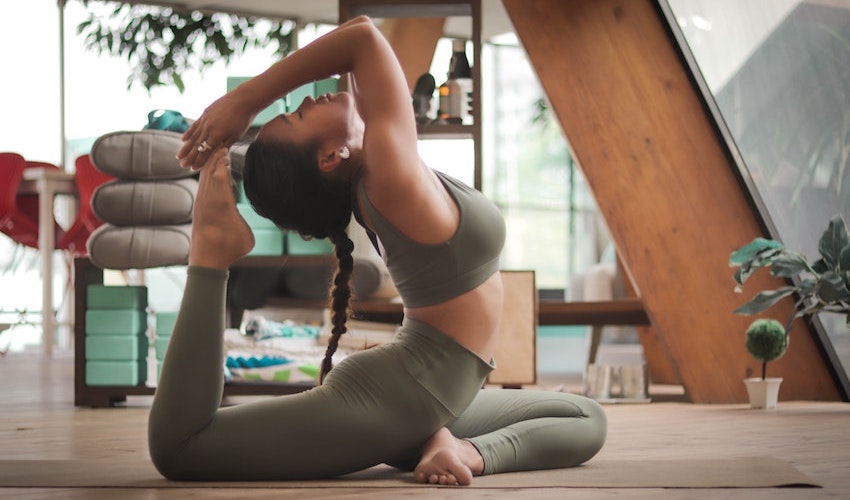 Chromium is perhaps best known for its use in natural for blood sugar balance / diabetic health. Chromium can help enhance the role of insulin, the critical hormone that controls blood sugar and helps bring glucose into cells where it’s used for bodily energy. Chromium also supports a healthy metabolism and storage of nutrients throughout the body, since it can help you better absorb and distribute nutrients from carbohydrates, fats and proteins found in the foods you eat. Chromium and has been found to help support metabolism of sugar (in the form of glucose) within the blood, which is beneficial for preventing glucose-intolerance, insulin-resistance and diabetes formation.

One study conducted by the Human Nutrition Research Center U.S. Department of Agriculture found that when individuals being treated for type 2 diabetes were either given a placebo or chromium supplements over a four-month period each day while continuing to take normal medications and not changing eating habits, insulin values and cholesterol levels decreased significantly in the group given supplemental chromium compared to the placebo group.  However, it’s important to note that studies show mixed results when it comes to chromium’s effectiveness in actually preventing diabetes. Many studies show beneficial effects, but others show that Chromium doesn’t have a strong ability to control blood sugar in people prone to diabetes without combining it with any other intervention methods. So at Ancient Purity we obviously are really pushing a whole food, organic diet first with the avoidance of as many toxins and junk food as possible, Chromium as a supplement is exactly that, as supplement to support a healthy diet and lifestyle, this in conjunction with Chromium would be very supportive. 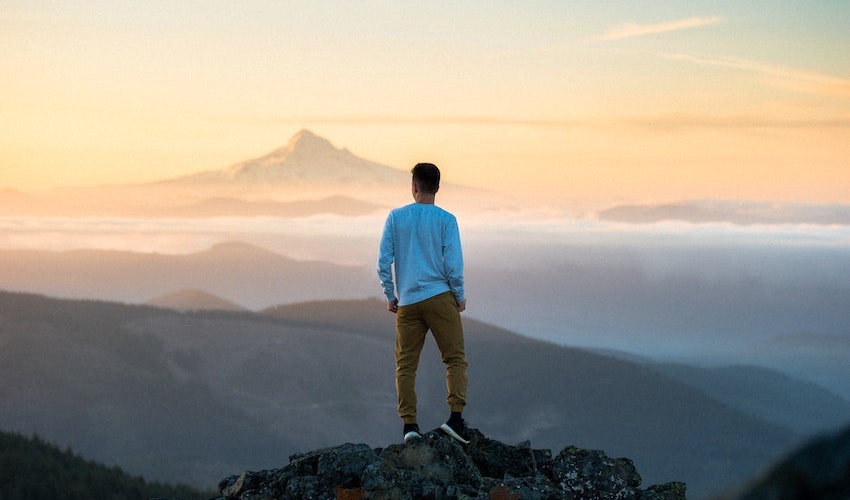 Healthy Cholesterol: Chromium is needed for normal metabolism of fats, including cholesterol. Research shows a link between higher Chromium intake and healthier arteries and levels of blood cholesterol. Some studies even show that people who passaway from heart disease tend to have lower levels of Chromium in the blood at the time of passing. Researchers at the Department of Medical Education of Mercy Medical Center tested the effects of Chromium in adults over a 42-day period, the participants experienced lowered levels of total cholesterol and lower levels of low-density lipoprotein (LDL) “bad” cholesterol when taking Chromium compared to the placebo group.

Weight Balance and Overeating: Chromium (in the form chromium picolinate or CrPic) has been associated with a reduction in the risk for obesity, less weight gain and may positively affect food intake. At this time, the exact mechanism by which Chromium affects hunger and weight is still unknown, but some studies find that higher Chromium intake is associated with a reduction in adipose tissue (fat accumulation on the body) and better controlled eating. One study done by the Biomedical Research Center at the Louisiana State University found that chromium supplements effectively helped modulate food intake in healthy, overweight, adult women who reported craving carbohydrates. After comparing the effects of Chromium versus placebo in 42 overweight women over an 8 week period, the group taking 1,000mg of Chromium daily experienced reduced food intake, reduced hunger levels, fewer fat cravings and a slight decrease in body weight.

Brain and Cognitive Health: Recent studies highlight the role of healthy insulin response in maintaining brain health and cognitive function into old age. Because Chromium is capable of improving glucose levels and insulin response, it may act as a beneficial modulator of brain function and is associated with a reduction of age-related alterations of the brain. Specifically, Chromium is linked to healthier hypothalamic functions. The hypothalamus is extremely important, a central part of the autonomic nervous system that helps controls body temperature, thirst, hunger, sleep and emotional activity. Research suggests that Chromium can help keep the hypothalamus in a more youthful state, better regulate appetite in elderly adults and prevent negative effects on brain neurons caused by ageing. Many other parts of the brain may also benefit from higher Chromium levels, including the the pineal gland and thymus, which are also impacted by insulin control. 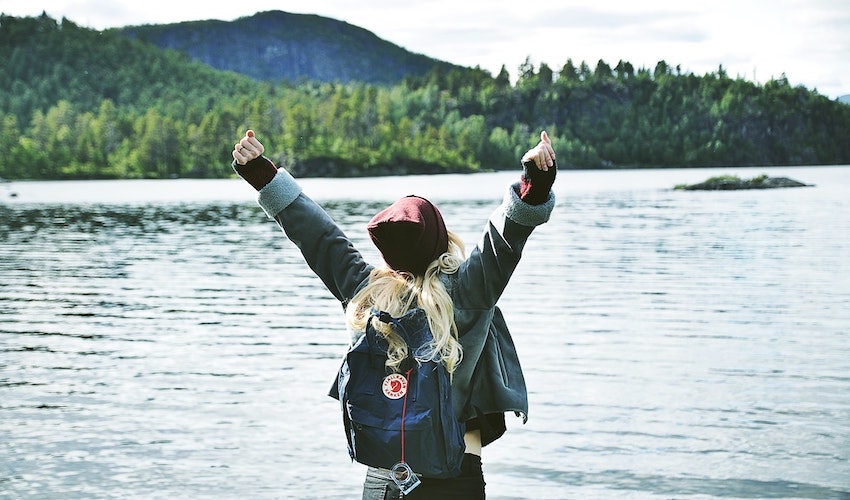 Skin Health and Acne: Rapid changes in blood sugar levels are associated with acne and other skin reactions, so because chromium helps to balance blood sugar levels it is linked with improvements in skin health. Foods rich in Chromium (such as broccoli) also usually contain other phyotnutrients and antioxidants that can improve skin’s appearance and help fight acne or common signs of ageing.

Healthy Metabolism and Energy: Getting adequate amounts of trace minerals like Chromium, Calcium and Magnesium are especially important for people who are active, since these micronutrients are needed to ensure the capacity to boost energy (calorie) expenditure, muscle and work performance. Especially when someone restricts her body weight by eating less food and exercising, she needs to make sure to include plenty of chromium-rich foods in her diet in order to keep her metabolism running strong. Taking a clean Supplement like this or eating Chromium-containing foods is important to make up for the loss of Chromium being excreted through extra urine and sweat due to the recovery period following exercise.

Eye Health: Chromium can help protect from age-related eye disorders like glaucoma. Glaucoma is related to diabetes and caused by a buildup of fluid in the eye, adding harmful pressure to the eye’s delicate optic nerve, retina and lens, which can eventually lead to blindness. Chromium can lower the risk for diabetes and related eye disorders because of its beneficial role in controlling blood glucose.

Bones and Joint Health: Chromium is known to slow the loss of calcium, so it might be beneficial for preventing bone loss and bone-related disorders that are especially common in older women. Therefore, it’s also a natural remedy for osteoporosis. 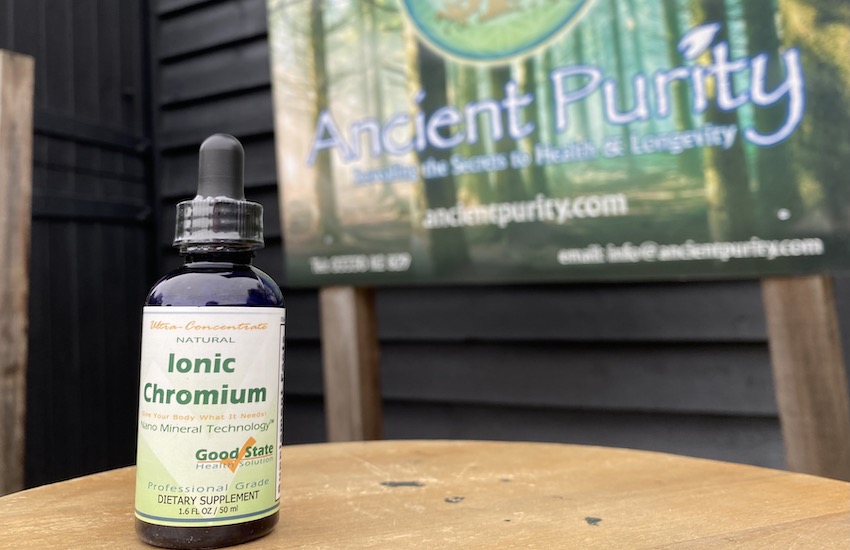