What we have here is a really ancient nutritious blend of organic herbs and spices. This vegan, health promoting Organic Golden Milk creates a uniquely rich, creamy taste. Exclusively formulated from a warming blend of spices and herbs, like Fermented Turmeric, Cardamom, Tulsi, Ginger, Cinnamon and Black Pepper. With a touch of sweetness from the Stevia leaf. Stevia is up to 200 times sweeter than sugar without the concern for a blood sugar level spike. 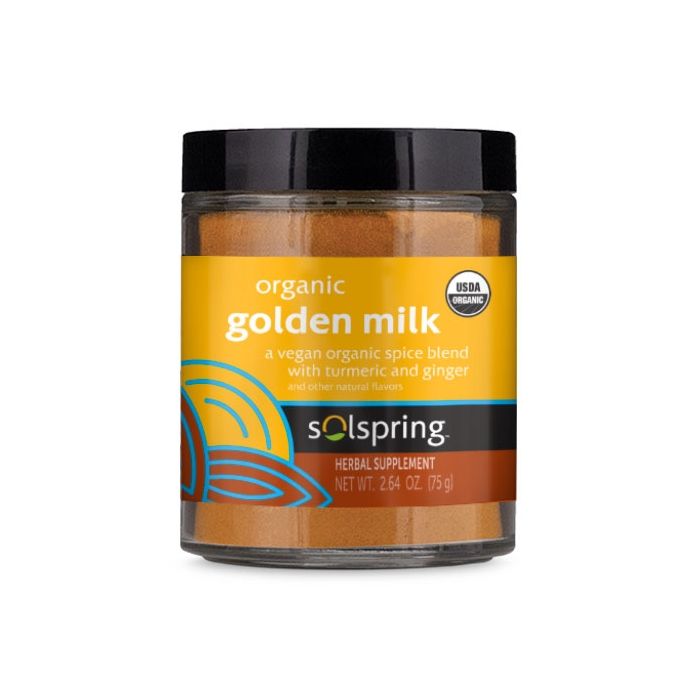 Ancient Purity happily presents, a Premium-quality, vegan Organic Golden Milk by Solspring™ is the best available. This ancient mix of organic herbs and spices is packed with powerful nutrients for health and longevity, often with higher antioxidant levels than many fruits and vegetables. Among these is Turmeric, a golden yellow spice derived from the Curcuma longa plant. You may have notice Turmeric over and over again on Ancient Purity's site and there is a good reason for it... It's amazing! Go read any page about it. It has a myriad of potential health benefits, which can be maximised when combining this spice with other natural ingredients. Golden Milk is a beverage blend that capitalises on the benefits of Turmeric in combination with other quality ingredients like coconut milk, ginger, cinnamon and more.

Used in traditional Chinese and Ayurvedic medicines for centuries, it has recently grabbed more of the spotlight in the Western world especially by those starting their day with coffee and ending it with tea. Consider tempting your taste buds with a warm cup of Golden Milk instead. You can enjoy it as a tasty cold treat during the summer months as well. There are many Golden Milk choices available on the market today, but not all Golden Milk products are of the highest quality. 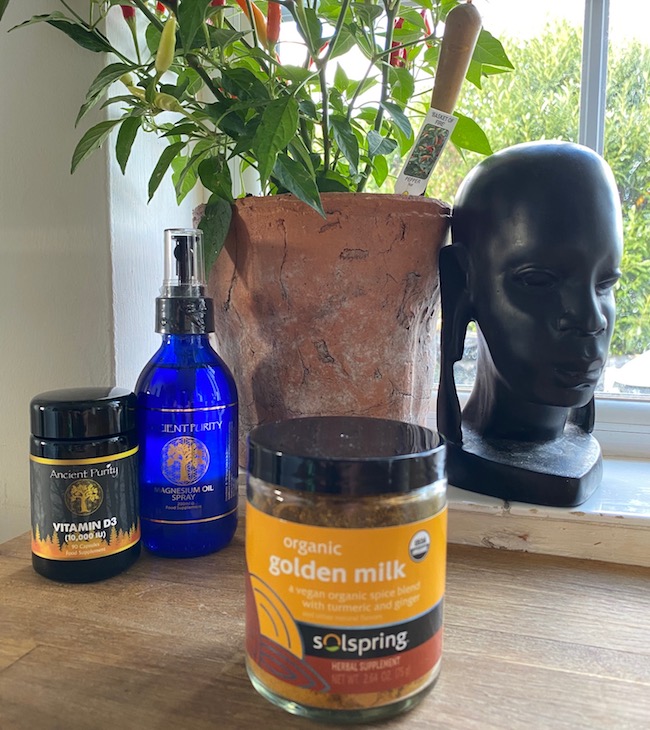 The Golden Years are coming

If you’ve never tried Golden Milk, you’re in for a pleasant surprise. Many people enjoy it especially during the fall and winter months, but it’s just as delicious and soothing in the summer as well. You have many choices when it comes to Golden Milk, but why settle when you can enjoy Solspring™ Organic Golden Milk the best available. With uniquely selected organic herbs and spices that offer a wide range of potential health benefits, order your vegan Solspring™ Organic Golden Milk today, and start enjoying its creamy, soothing taste. But while you're waiting for it to arrive ; ) you can read about what makes it so special.

Organic Golden Milk is exclusively formulated from a warming blend of spices and herbal ingredients, including Fermented Turmeric, Ginger, Cinnamon, Black Pepper, Cardamom and Tulsi. All these potent antioxidant herbs and spices combine in a base of coconut milk for a rich taste with zero grams of sugar per serving. While many other producers of Golden Milk use coconut water as their base, this Organic Golden Milk is made with coconut milk. Coconut milk is more nutrient-dense and has its quality fats and proteins intact.  Organic Golden Milk is the perfect choice to include in your daily routine. It may be consumed as a morning beverage to help awaken your senses or at nighttime to help you unwind. 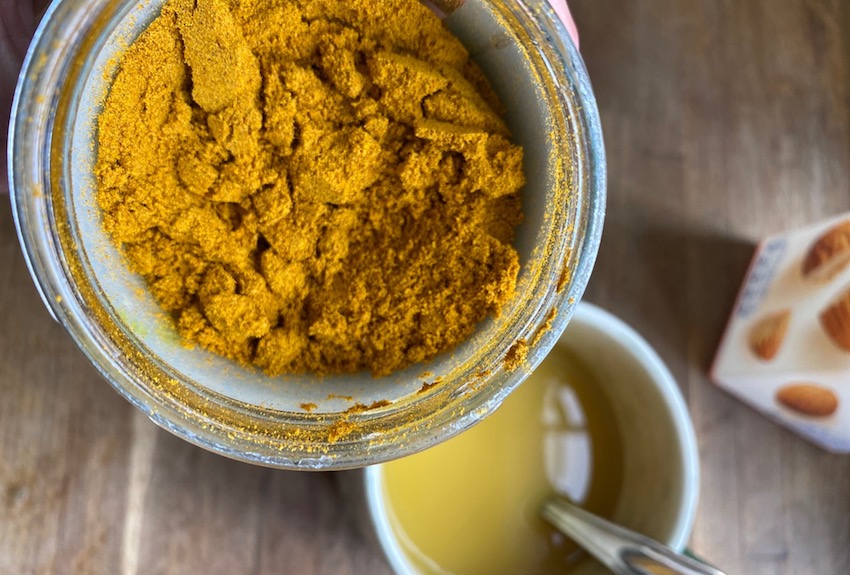 One of the most powerful herbs and spices blended into our Solspring™ Organic Golden Milk formula is turmeric. Turmeric is grown throughout southwestern Asia and often used as a spice in foods from Iran, China, India and Thailand. In India and China, it’s also been used for potential health benefits. One of the bioactive compounds in turmeric is a powerful antioxidant called curcumin. Curcumin is known in Ayurveda for its capability to help support a healthy inflammatory response. Based on clinical studies and reviews, other potential health benefits from turmeric/curcumin include support for: Immunity, Cognitive and neurological system, Normal circulation. Ancient Purity has chosen an Organic Golden Milk that utilises an exclusive combination of Organic Fermented Turmeric and Organic Turmeric Root Extract standardised to 95% curcuminoids to create an even more robust formula.

The Ancient Spice that keeps giving 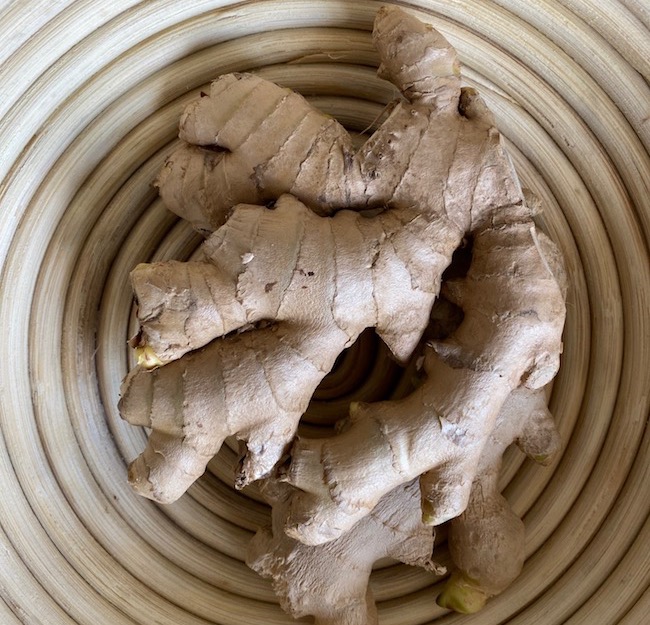 Ginger (Zingiber officinale) considered a luxury over 5,000 years ago.

Commonly used in Indian and Chinese cooking, the root was also used as a tonic to address some common ailments, and is still revered today.

Today, as in days’ past, ginger is used both for its flavour and its antioxidant properties and ability to soothe occasional gastrointestinal distress.

In addition to its use to flavour sauces, curry dishes, pickles, ginger ale and more.

Highly regarded for centuries, there’s more to Cinnamon than meets the eye. This exotic spice native to the Caribbean, South America and Southeast Asia, is a spice that comes from the branches of trees of the Cinnamomum family. This sweet and warm-smelling spice is also produced in exotic places like Sri Lanka and Madagascar, as well as in India. Used to help address some common ailments, cinnamon has been highly regarded for centuries – as early as 2000 BC in ancient Egypt and in medieval times.

Today, there is way more to this spice than its comforting smell and ancient history… With powerful antioxidant properties, cinnamon offers an array of potential health benefits: Neuroprotective cognitive support. It helps support healthy blood pressure levels already in the normal range. Provides support for weight management, the exclusive blend of cinnamon they use in our Solspring™ Organic Golden Milk helps to enhance its overall flavour and potential health benefits like few other Golden Milk formulas can.

An Exotic Spice for Natural Health 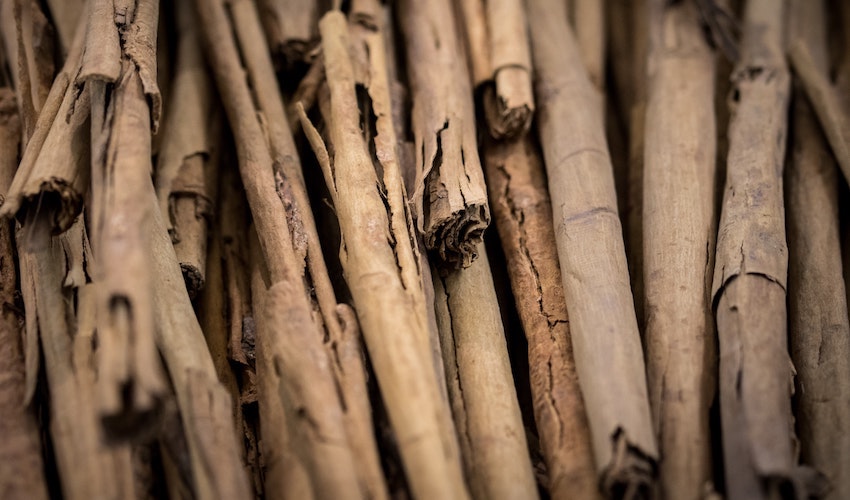 An Extraordinary Trifecta for a heart full of Health

You may have already noticed a common theme with the three herbs and spices of turmeric, ginger and cinnamon in Solspring™ Organic Golden Milk. The bottom line is that they offer similar potential health benefits, and it doesn’t stop there. As turmeric, ginger and cinnamon have all shown potential cardiovascular protection using different pathways, this powerful trifecta works together to provide extraordinary support for your heart health...

In addition to the incredible taste in our Golden Milk from these three herbs and spices, we think you’ll agree how important this potent trifecta could be in supporting your overall heart health.

Tulsi (Holy Basil) is a highly nutritious herb often used for its health-promoting and therapeutic properties.

Highly revered in India for over 5,000 years, it has been valued as a principle herb in the ancient holistic health system Ayurveda.

Due to its powerful adaptogenic properties, there is significant evidence that Tulsi can potentially help address physical, chemical, metabolic and psychological stress and therapeutic properties to help support your overall health. 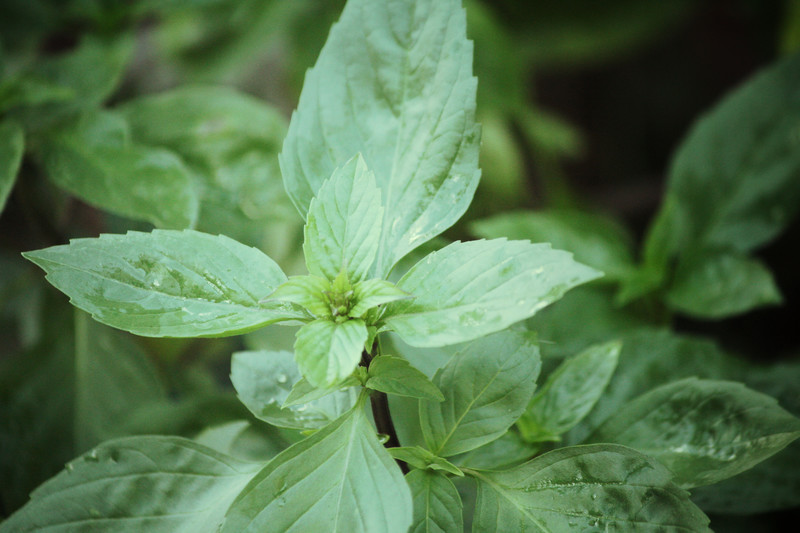 Unlike other producers of Golden Milk, Solspring didn’t stop at the popular three spices mentioned above. There has been 4 bonus ingredients added to this incredible vegan, Organic Golden Milk formula… Pepper is one of the most traded spices in the world, accounting for one-fifth of all imported spices worldwide. Black pepper is made from peppercorns of the Piper nigrum plant. Peppercorns are actually the fruit of the plant, which grow in long clusters similar to grapes. With naturally occurring piperine (an alkaloid present in black pepper), Organic Black Pepper adds some pungency and a “warming” affect to the Organic Golden Milk. This beneficial alkaloid contains healthful properties that potentially… 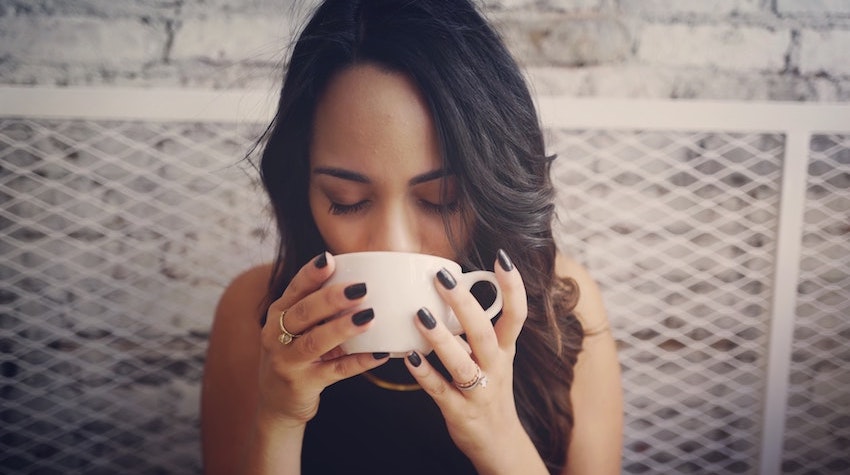 To round out the flavour of Solspring™ Organic Golden Milk, we added a touch of sweetness from Stevia Leaf. Stevia is a perennial herb found within the Asteraceae family, which means it’s related to daisies, marigolds, ragweed and sunflowers. It’s a natural plant that has been around for more than 1,500 years. Stevia is up to 200 times sweeter than sugar without the concern for a blood sugar level spike. Due to the presence of caffeic acid, flavonoids, kaempferol, quercetin, tannins and triterpenes, stevia acts as a natural antioxidant with zero grams of sugar per serving of Organic Golden Milk.

The Cosy Evening Glow of a Cup of Golden Milk 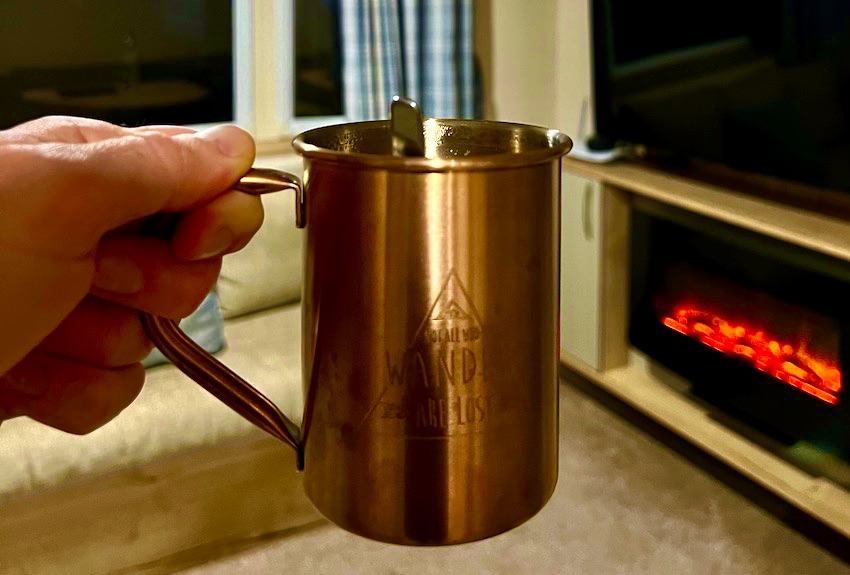 Solspring™ Organic Golden Milk has been formulated by dedicated herbalists and superfood experts to be a delicious elixir that helps support healthy joints and mobility. This sweet super blend contains curcumin-rich turmeric, which is activated by the added black pepper to increase its bioavailability and promote better absorption. Organic Tulsi is a sacred adaptogenic superfood, balancing hormones and providing natural energy. Cardamom is naturally sweet and loaded with free-radical fighting antioxidants. Turmeric is included to help support immune function, while ginger and cardamom support normal digestion. A dash of cinnamon brings all the flavors together harmoniously.

“Patience, prayer and turmeric; the foundation, the corner stones of my journey out of the darkness. Each one of these elements has played a critical role in the process. Since October, in addition to a diet replete in anti-oxidant rich foods, I’ve been ingesting cayenne pepper and turmeric four times a day. The cayenne I mix in a glass of water; the turmeric is hidden in lemon or blueberry yogurt.” -Traci Medford-Rosow, Unblinded: One Man’s Courageous Journey Through Darkness to Sight