With Protector Disc and Instructions (Unscented / Lavender / Rose)
Packs of 2

Ear Candles…our ears are prone to all kinds of aches and discomforts, the majority of which develop from the accumulation of water, wax, or infectious substances inside our ear(s).  Sure, there’re plenty of tools available, like metal scrapers or cotton buds which should aid remove excess ear wax. However, many of these tools just push unwanted stuff further into your ear canal. Fortunately, Ancient Purity supplies three different types of ear candles offering an effective, holistic alternative! Our high quality Ear Candles are made from beeswax and unbleached natural cotton and are ideal for home use, professional aromatherapy and in a holistic spa. Here we think there are more benefits to ear candles than just clearance, you can lay down be at peace and let the gentle smoke and aroma flow into your mind, body and spirit. 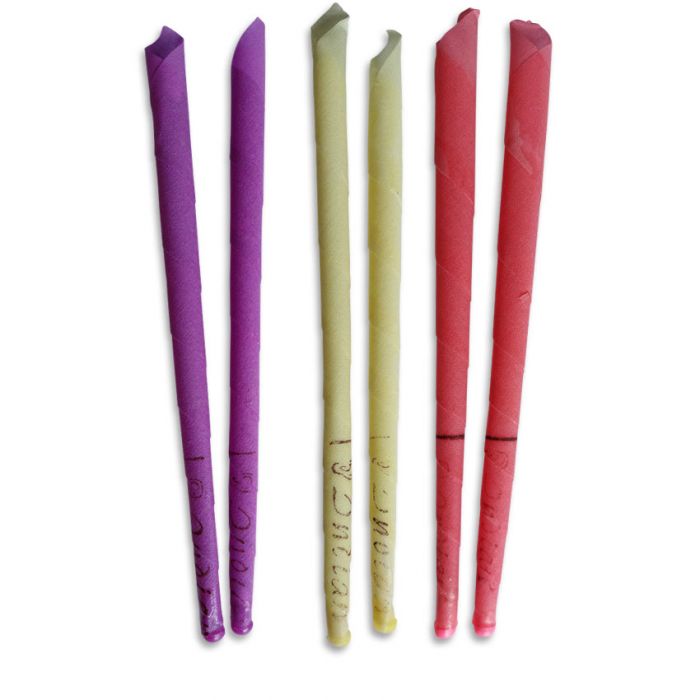 Ancient Purity supplies three different types of ear candles... Unscented, Lavender and Rose, each offering an effective, holistic alternative! Our high quality Ear Candles are made from beeswax and unbleached natural cotton and are ideal for a professional aromatherapy or spa use. If you follow us on Instagram you'll see I've been using these now and then, not so much for clearing my ears, but as a way to engage in meditation and stillness. I find the smoke clearing and it gives me some clarity. Sometimes I've to struggle sitting still as it is better not to move when there's something burning above your ear, so try it like I did! It might be a cool thing to experience.

Ear Candle Treatment has become incredibly popular over the last decade with numerous Ear Candle enthusiasts claiming astonishing spiritual and physical effects from Ear Candling treatments. That being said it looks like nobody knows exactly where Ear Candles came from and how they were originally used. Several sources assume they were first used by ancient Chinese, Indian, Siberian and North American cultures. The ear candling session functions by warming the air within the candle. This warm air, along with beeswax vapour, enters the ear and softens up accumulating wax deposits. In the end, the ear candle aids by working with our bodies’ natural healing processes. 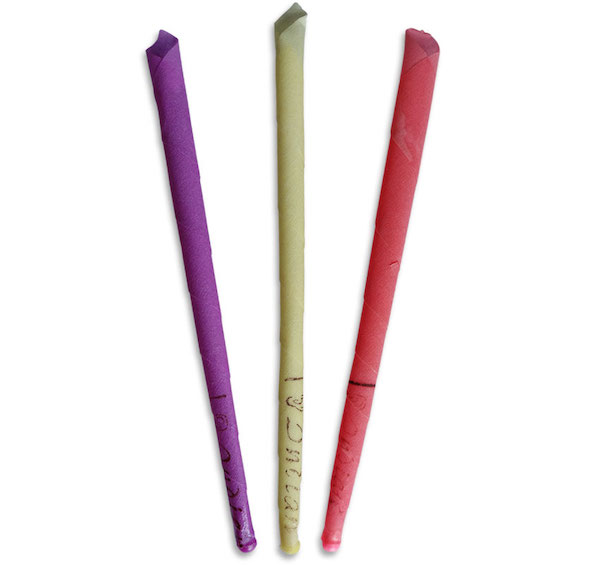 First you’ll be instructed to lie on your side with your body in a straight alignment. Some people like to use special oil containing natural herbs and garlic which is massaged into their ear. Next, a hollow linen candle is tenderly inserted into your ear canal and the opposite end is lit. Only a superior quality candle is used, beeswax, and they are typically 9 to 12 inches long. A vacuum is created by the candle that draws our accumulated earwax. The extracted fungus and earwax will be burned off and most of it will be collected in the candle’s bottom part. Once the candle has been extinguished, the remnant can be cut open showing you the contents. Most persons can’t believe all the debris that has been collected from the ear canal. If you have a hearing loss, you might feel some heat during your treatment. Many persons have claimed better hearing after just one. The entire process takes around 40 minutes and every 48 hours it can be repeated as necessary.

“There is no need to search; achievement leads to nowhere. It makes no difference at all, so just be happy now! Love is the only reality of the world, because it is all One, you see. And the only laws are paradox, humour and change. There is no problem, never was, and never will be. Release your struggle, let go of your mind, throw away your concerns, and relax into the world. No need to resist life, just do your best. Open your eyes and see that you are far more than you imagine. You are the world, you are the universe; you are yourself and everyone else, too! It's all the marvelous Play of God. Wake up, regain your humor. Don't worry, just be happy. You are already free!” - Dan Millman, Way of the Peaceful Warrior: A Book That Changes Lives

Choose from 2 Natural Scents or Unscented 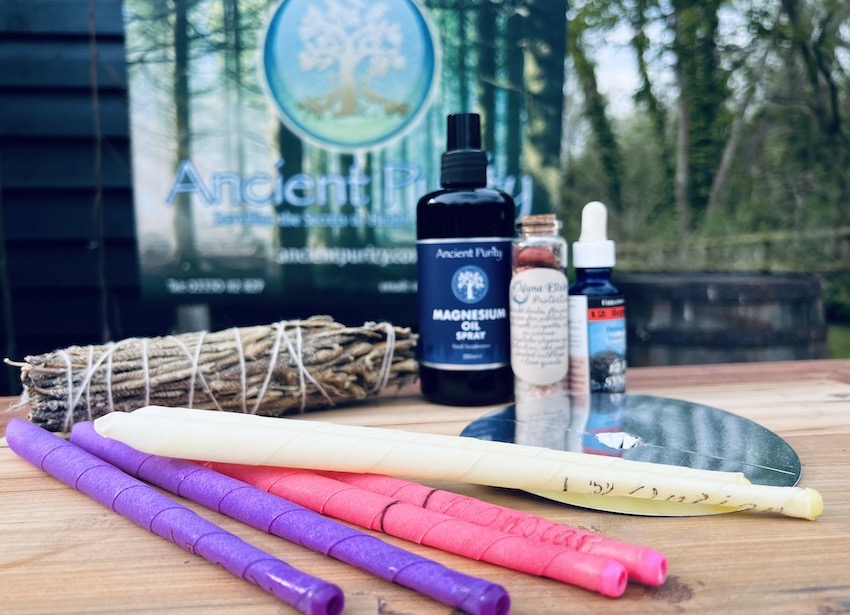 When hearing the word “lavender,” you might right away think of a light purple colour. But there is more to this ancient herb than its wonderful colour. Lavender is a flowering plant belonging to the mint family that is easily recognised by its sweet floral fragrance. It is believed to be native to India, the Mediterranean and the Middle East, with a past dating back as far as 2,500 years. Lavender was used as a holy herb in ancient times. In addition, it was many times used to freshen up and give a delightful and calming scent to a number of personal items, such as hair and clothes. Today, this lovely flowering plant is more than just a good-smelling species. As it turns out, this herb is commonly used for therapeutic and medicinal benefits as well.

“Meanwhile, spring came, and with it the outpourings of Nature. The hills were soon splashed with wild flowers; the grass became an altogether new and richer shade of green; and the air became scented with fresh and surprising smells -- of jasmine, honeysuckle, and lavender.” - Dalai Lama XIV, Freedom in Exile: The Autobiography of the Dalai Lama 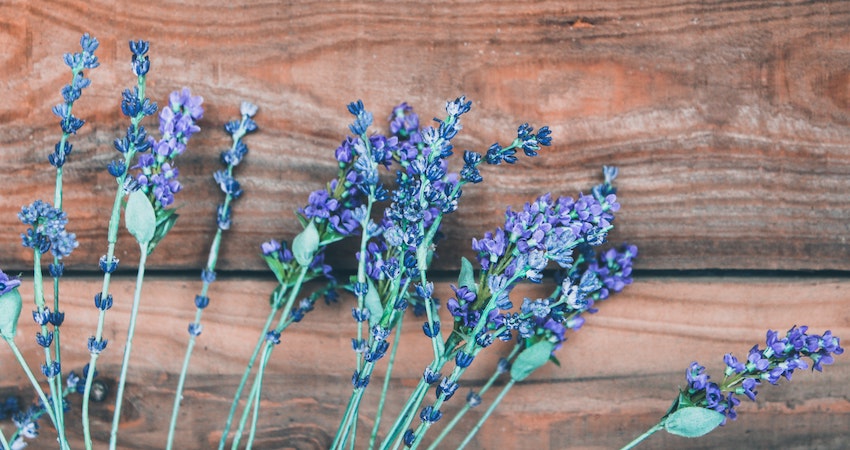 The aroma of rose provides numerous beneficial properties such as mood improvement, antiviral, antiphlogistic, antiseptic, and antispasmodic. Rose aroma aids to boosts confidence, self-esteem, and mental strength while efficiently combatting nervousness. These anxiolytic effects of rose aroma are confirmed by a research published in Pharmacology Biochemistry and Behavior in 2014. A study conducted in 2009 at the Srinakharinwirot University of Thailand suggests that rose aroma has a relaxing and calming effect on people with low mood and stress.

“Roses do not bloom hurriedly; for beauty, like any masterpiece, takes time to blossom.” - Matshona Dhliwayo 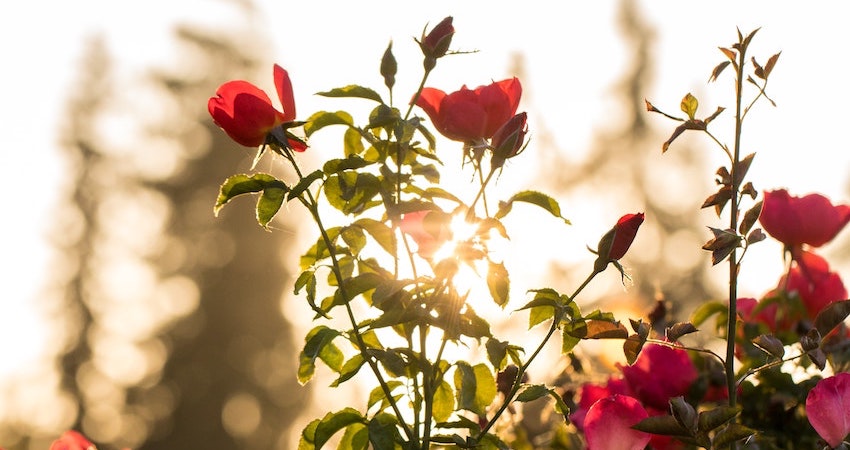 Ear candling, also called thermal-auricular therapy or ear coning, is a holistic alternative medicine practice claiming to enhance overall health. First used by the ancient Egyptians and revived by the Hopi Indian tribe in South West America, Ear Candling can be used to draw out wax from the inner ear. Typically about 10 inches long, ear candles are hollow and are usually made from a blend of different natural substance, like beeswax. When used correctly, Ear Candling can be a safe and effective treatment for reducing the build-up of earwax. However, for safety reasons, Ancient Purity advises getting a friend to perform the session for you. This way, you get to kick back and unwind! Ancient Purity’s superior beeswax Ear Candles comes complete with12cm Protector Discs.

“Ayurveda is not just a few medicines or a few scriptures, but a holistic total lifestyle deeply involved with yoga, meditation, food habits and epigenetic social cultures.” - Amit Ray, Yoga The Science of Well-Being

Experience Clearance and a Place of Calm - Order Today 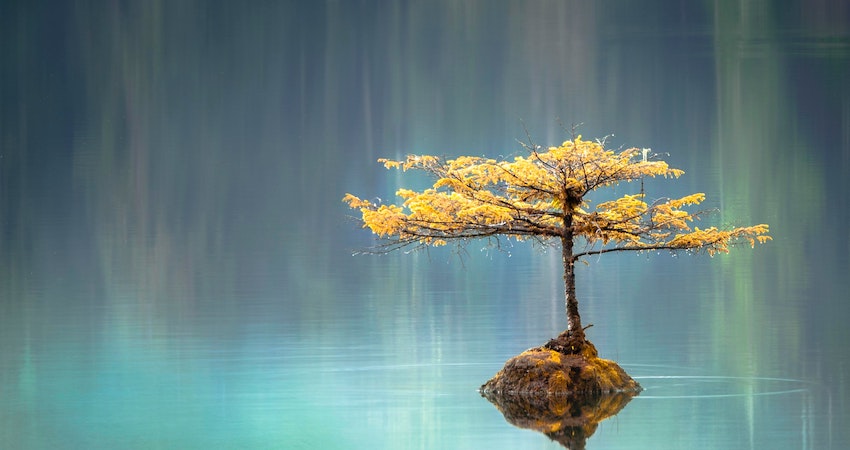 Idaho County Free Press - Ear candling: Are the results all in your head?