D-Mannose natural supplement for health over Urinary Tract Infections, without more harsh options or Cranberry Juice. The active ingredient in Cranberry Juice responsible for its benefit to your urinary system has been identified and isolated and that is D-Mannose. It can be derived from berries, peaches, apples, and some other plants. Pure D-Mannose is amazingly 10-50 times stronger than cranberry, non-toxic and completely safe, with NO adverse effects. D-Mannose can often have a great effect in 1-2 days. D-Mannose is not a drug. It’s a naturally occurring sugar, closely related to glucose and you even produce it in your body. And very importantly, it does NOT produce the metabolic stresses that fructose does because it’s more like glucose, which every cell in your body is designed to use. Your body absorbs D-Mannose much more slowly than glucose, and the D-Mannose does not convert to glycogen or get stored in your liver. Only very small amounts of D-Mannose are metabolised, so it doesn’t interfere with blood sugar regulation. 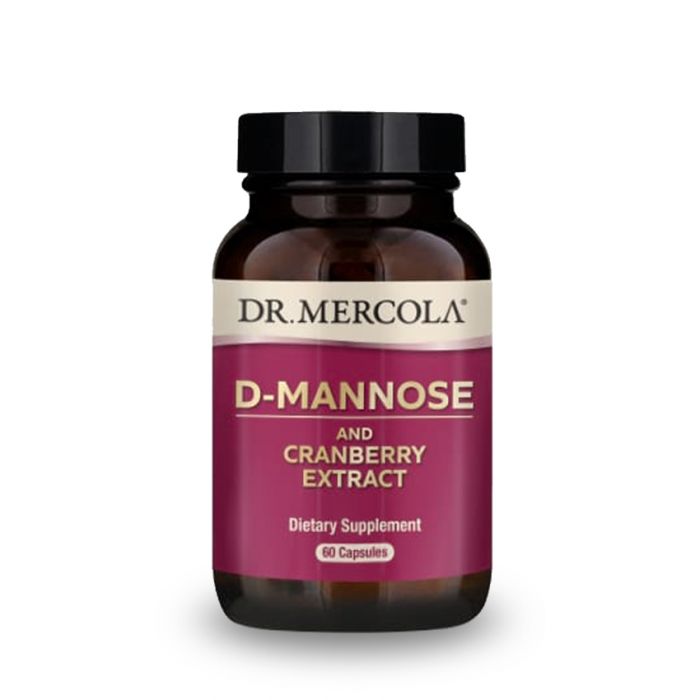 The effect of cranberry proanthocyanidins (PACs) is dependent on the dose. Higher doses are significantly more effective at maintaining urinary health. A new study supports the theory that at least 36 milligrams of proanthocyanidins (PAC) are needed to reduce the adhesion of E. coli bacteria to urinary tract walls. A lower dose proved to be less effective. However, according to NutraIngredients: “On the other hand, a higher dose of 72 mg was even more efficient at protecting against bacterial adhesion in the urinary tract, according to findings published in the open-access journal BMC Infectious Diseases.” Eating healthy supports your urinary tract. Research shows that consumption of foods with probiotic bacteria helps, fermented foods such as kefir, sauerkraut and other fermented vegetables support your overall health, including your urinary system.

Urinary tract infections affect up to half of all women over the course of a lifetime and are responsible for eight million doctor visits each year. Women are more prone to urinary tract infections than men, in part because of their shorter urethras. Adult men have another factor going for them which is a bacterial growth inhibitor injected directly into their urinary system by their prostate glands. You’ve probably heard that drinking cranberry juice can be helpful in supporting a healthy urinary tract. Studies do show that cranberry juice can help by promoting a healthy flora. What many studies fail to mention is that most cranberry juice is loaded with fructose, a monosaccharide (simple sugar) that can potentially lead to health problems. So, in effect, you are trading good urinary health for blood sugar instability, stress on your liver, and increased uric acid levels that can raise your blood pressure, along with other negative health sequelae. 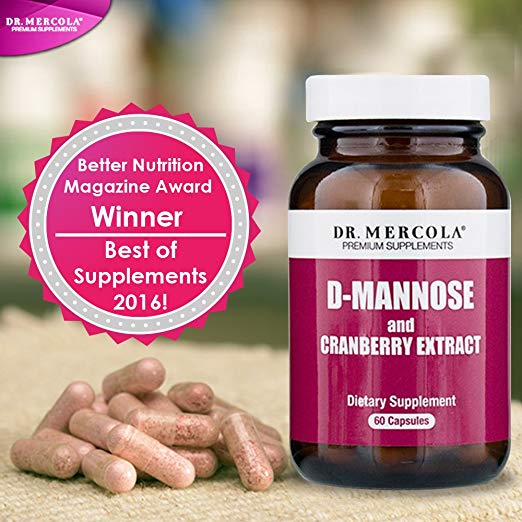 D-Mannose is not a drug. It’s a naturally occurring sugar, closely related to glucose and you even produce it in your body. And very importantly, it does NOT produce the metabolic stresses that fructose does because it’s more like glucose, which every cell in your body is designed to use. Your body absorbs D-Mannose much more slowly than glucose, and the D-Mannose does not convert to glycogen or get stored in your liver. Only very small amounts of D-Mannose are metabolised, so it doesn’t interfere with blood sugar regulation. Most of the D-Mannose is filtered through your kidneys and routed to your bladder, then quickly excreted in your urine. It helps to nourish your healthy flora because it doesn’t affect “friendly” bacteria. It doesn’t kill any bacteria but it just renders them unable to stay in your urinary tract. When you take antibiotics for a urinary tract infection (UTI), the good bacteria are killed along with the bad, which is why you can develop secondary yeast infections and digestive problems. But how can a natural sugar combat a UTI? The answer lies in how bacteria adhere to the inside of your bladder. More than 90% of all UTIs are caused by Escherichia coli (E. coli), which is normally found in your intestinal tract. Problems only arise when this ordinary bacterium is present in high numbers in places where it shouldn’t be, like your urinary system.
It should be noted that this is NOT the same E. coli associated with killer outbreaks in unsanitary food processing plants, which is a mutant variety, probably created by antibiotic overuse in our country. This E. coli is typically a normal part of your gut flora and typically is accidentally transferred to the bladder through lapses in optimal hygiene. When normal E. coli gets into your urinary tract and multiplies, you experience the usual signs and symptoms of a UTI:

You might be wondering, if the bacteria are in my urine, why doesn’t my body simply flush them out when I urinate?
As it turns out, the cell walls of each E. coli are covered with tiny fingerlike projections called fimbria3 allowing them to “stick” to the inner walls of your bladder and even work their way upward to your ureter and kidneys. Because they cling to your urinary organs, they can’t simply be washed out. These little fingerlike projections are made of an amino acid-sugar complex, a glycoprotein called lectin, which makes them sticky. Lectin on the bacteria’s fimbria binds to mannose, which is produced by your cells and covers the internal lining of your urinary organs. This mannose allows the bacteria to adhere to you, like Velcro. 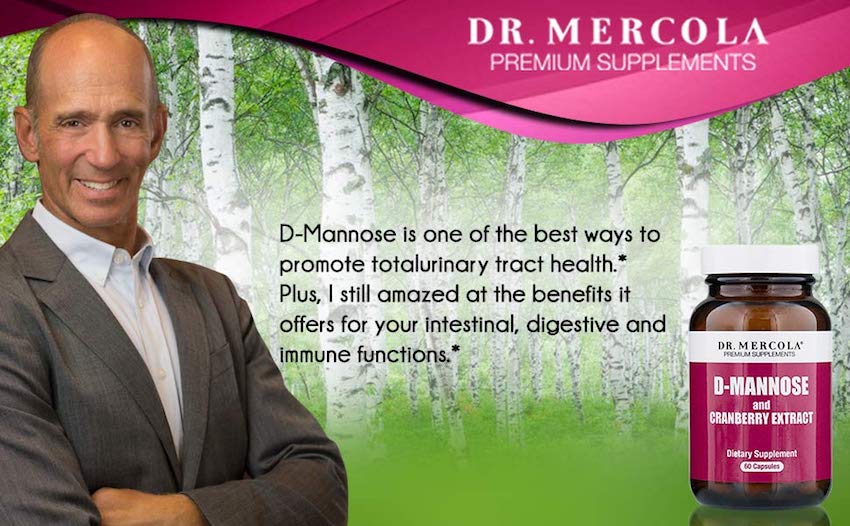 The Science Behind D-Mannose

Lenard and Wright describe what happens when you take D-Mannose... “Now imagine what would happen to E. coli in the urinary tract if those sweet little mannose molecules they crave were present not just on the surface of the epithelial cells but surrounding them in the urine as well. The E. coli couldn’t turn around without bumping into D-Mannose 'just floating around' in the urine. Unable to resist the tasty bait they suddenly find themselves swimming in, they would latch onto the nearest mannose molecules, and happily sail off into the porcelain sunset. Those few E. coli left clinging to mannose molecules on cells then become easy prey for white blood cells and other agents of the immune system.”

Research Backs Up the Therapeutic Value of D-Mannose... Physicians who employ natural therapies have been using D-Mannose since the mid-1980s with great success. Laboratory studies have now confirmed what these physicians and patients have known for many years. Consider the 3 following studies... Rats whose urinary tracts were inoculated with E. coli were found to have significantly lower levels of bacteria in their urine when given D-Mannose than rats given the inoculation without the D-Mannose.  E. coli infected rats given a mannose-like substance showed a 90% reduction in bacterial attachment in their urinary tracts. Research in humans shows that ingesting D-Mannose significantly raises blood mannose levels, which is what is needed to raise urinary mannose levels. The majority of urinary tract infections could be stopped when symptoms first arise, by following some home remedies for kidney infection outlined in this article. Occasionally, despite preventative measures, a kidney infection can develop. If you suspect you have a kidney infection, especially if you have a fever, it might be necessary to see a physician and employ an antibiotic so the infection does not spread to your kidney and cause some very serious problems.

How to Recognise a Kidney Infection

Once in a while, a UTI can progress up to the kidneys (nephritis or pyelonephritis), which is a more serious infection and warrants a trip to your health care provider.

Kidney infections can cause permanent kidney damage and kidney failure if not promptly resolved, or can spread to your bloodstream.
In addition to the classic UTI symptoms listed earlier, symptoms of kidney infection can include:

If you do use an antibiotic, it is important to take a high quality, high potency probiotic to replace the beneficial bacteria killed by the antibiotic. It is advisable to take the probiotic as far from the antibiotic dose as possible.

For example, if you take your antibiotic at 8am and 8pm, take your probiotic at 2pm to minimise the effects from the antibiotic.

See our Probiotic range for using Probiotics in the Digestive Enzymes / Probiotics Section. 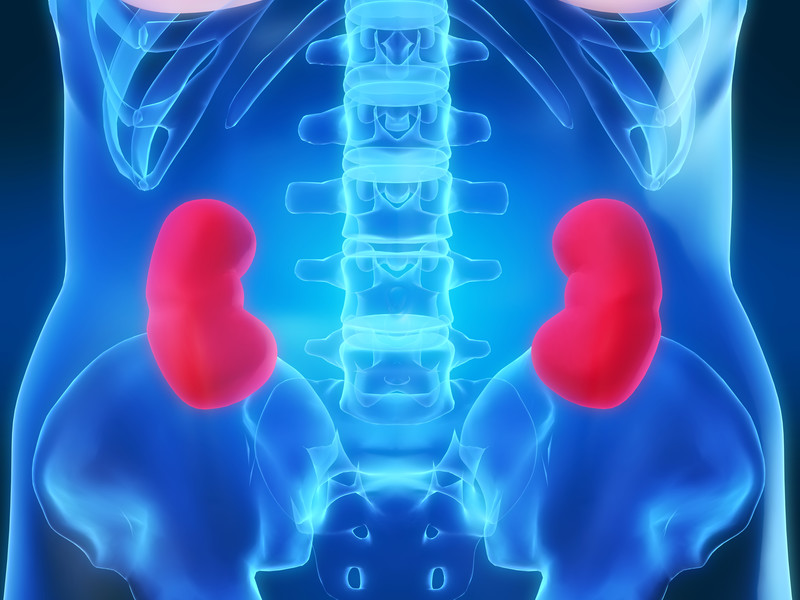 D-Mannose is a monosaccharide, naturally found in various plants, and fruits/berries, for instance in cranberries. It is also known to be synthesised in the body from glucose for the synthesis of glycoproteins. D-Mannose is commonly marketed as a dietary supplement for urinary tract health. Research suggests that free D-Mannose in urine has the potential to saturate E. coli FimH structures, and subsequently block E. coli adhesion to urinary tract epithelial cells. This so-called competitive inhibition is considered as one of the potential mechanisms for preventing UTI development. Urinary tract infections (UTIs) are among the leading infectious diseases globally. UTIs are highly prevalent in women, especially after menopause. Despite the short-term impact of antibiotics on acute UTIs, a long-term risk of recurrence still exists. Furthermore, antibiotic resistance of UTI pathogens to many commonly used antimicrobial drugs is alarmingly increasing.

''Berries have a lot of soluble fibre. That's why they gel up when you're making your Thanksgiving cranberry sauce, with the pectin.'' - Michael Greger 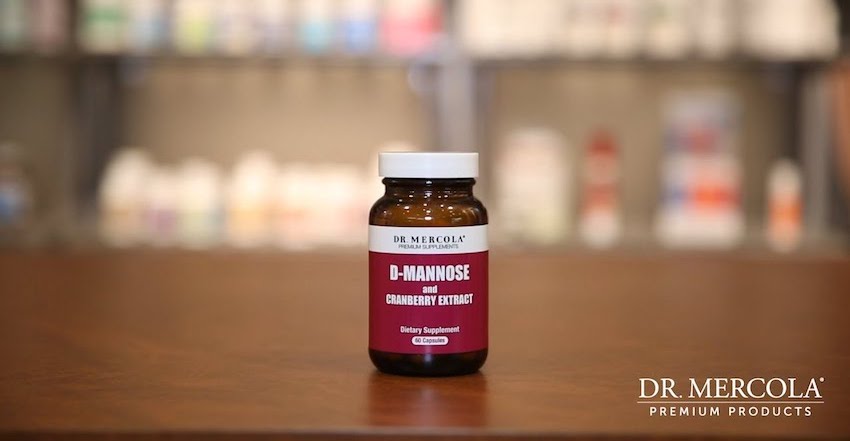