A solid Copper Bracelet with the mighty inspirational ‘Flower of Life’ symbol engraved into it. There are many cultures assuming that wearing brass or copper jewellery provides certain health benefits. Some of these include enhanced circulation and relief from bodily discomfort.  In ancient times this much-wanted metal was a symbol of love and balance and copper has been used for hundreds of years to protect and heal. It is assumed by many believers that copper bracelets retain the body in a stable state that leads to improved results in yoga and meditation practice. Handmade on the roof of our planet, these awesome and effectively unisex bracelets can be bent gently to fit all wrists. They will definitely inspire anyone wearing it. Reach for the sky! It is also said that these decorative bracelets might bring good luck to the person wearing it. The left wrist is where it should be worn as it is our body’s receiving side. The bracelets are able to draw more prosperity, positive energy and luck into your life, or so the Tibetan Buddhists assume. Tibetan copper bracelets are believed to stabilise and harmonise the chakras. You can adjust easily to suit your wrist.

£16.99 £14.16
Out of stock
EU/World Prices
Notify me when this product is in stock
Skip to the end of the images gallery 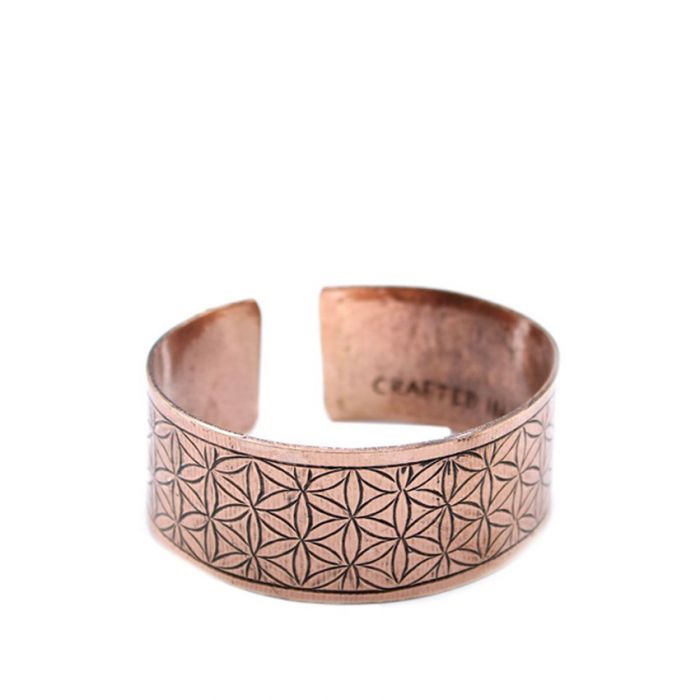 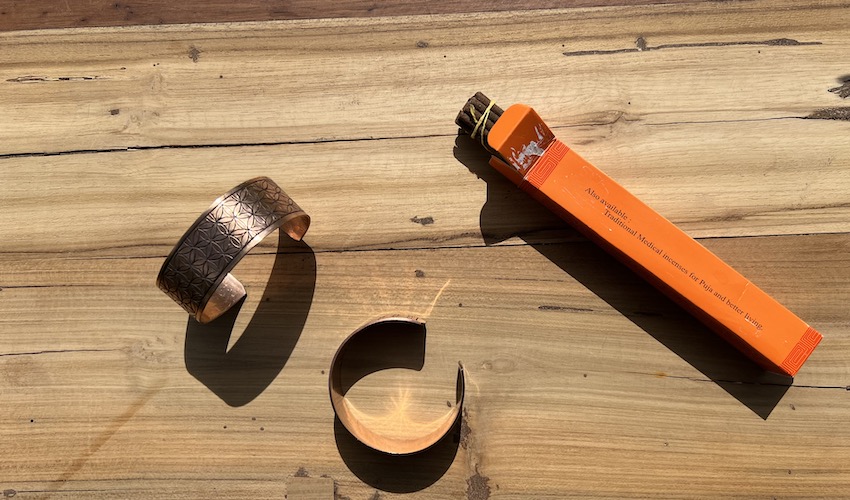 Comfy, Cool & Visually Guiding, Focus on the Flower of Life 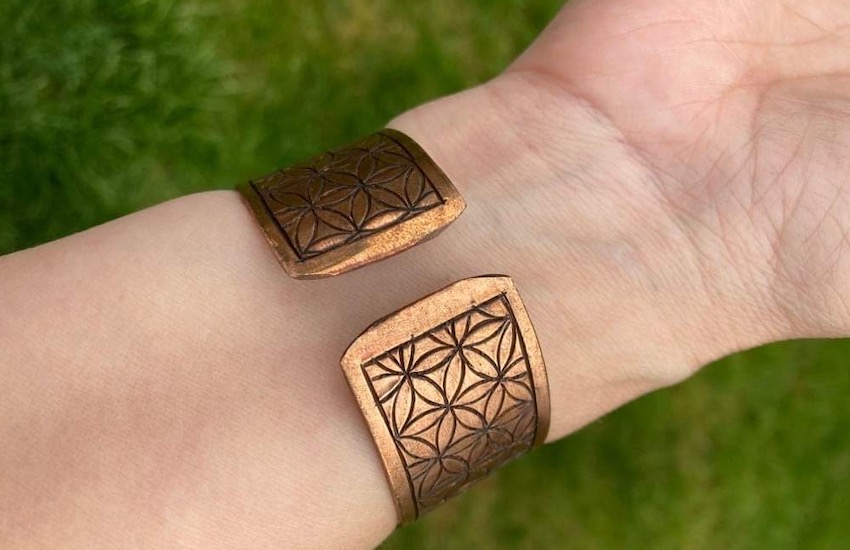 Supplied in a Stunning Gift Box 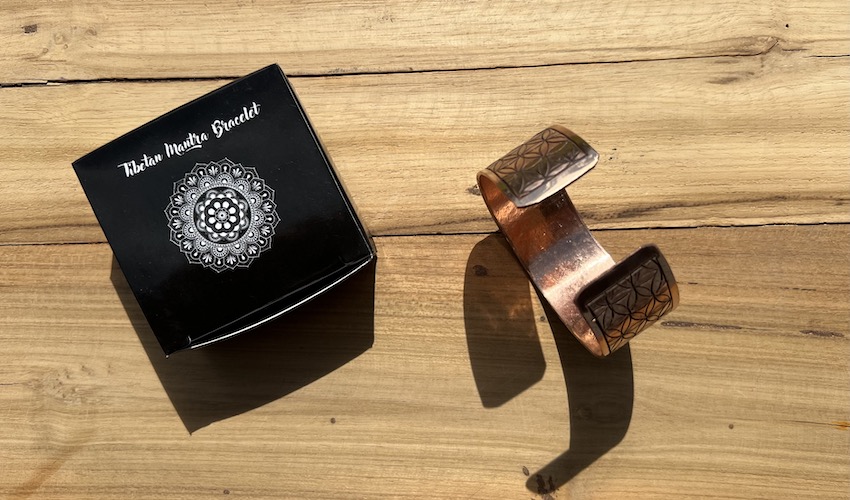 Experience the Flower of Life on your wrist - Order Today 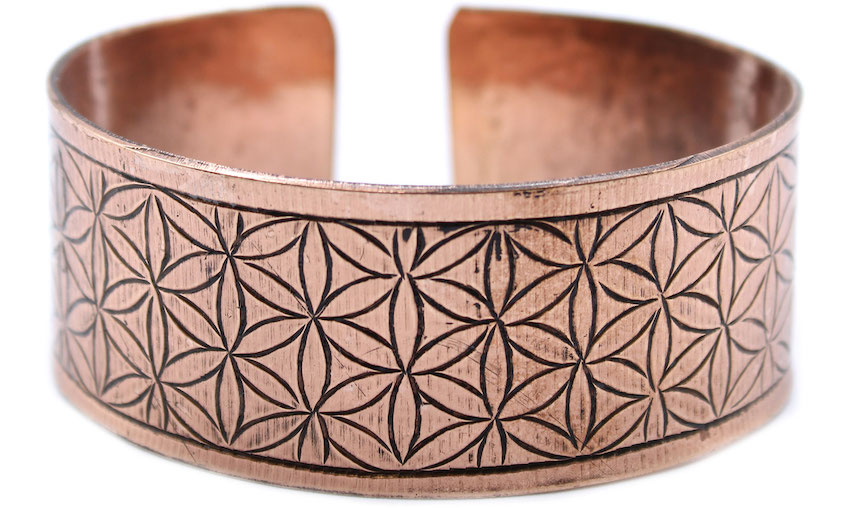 What happens when you wear a copper bracelet?

It might relieve pain and inflammation caused by arthritis. It sterilises wounds (due to its antibacterial properties) and can improve the immune system. Copper also works as an antioxidant.

Q: What exactly is the Flower of Life?

A: The Flower Of Life symbol is one of the most fascinating, well known, and recognised geometric symbols within the magical world of Sacred Geometry. This special symbol represents the cycle of life. It's believed that within this symbol, holds the most meaningful and sacred patterns of our universe as a whole.

Q: Where does Copper come from?

A: Copper is often found in deposits with other metals such as lead, zinc, gold and silver. By far the largest amounts of Copper are found in the crust in bodies known as porphyry Copper deposits. These deposits were once large masses of molten rock that cooled and solidified in the Earth's crust. Really Ancient!