The ultimate supplement for men, Vitality Boosting, Power enhancing... Historically Black Galangal was widely considered as a powerful aphrodisiac and reducing aches and pains. Take following the cycles Ancient Purity recommends it has a host of potential benefits. 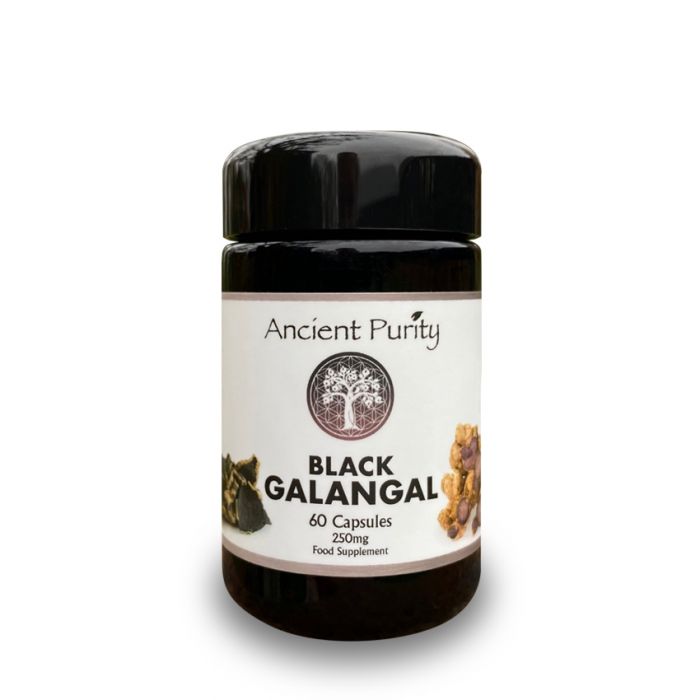 Ancient Purity presents Black Galangal... A potent Thai herb, used since ancient times, to increase stamina and enhance sexual performance for men and to increase libido for both men and women. It is most well-known for improving erectile function in men.In Europe, during the Middle Ages, Galangal's warming, the stimulating scent was known as an aphrodisiac and it is today used by many herbalist as a sexual stimulant. As with all exotic ingredients, Galangal enjoyed a reputation for being powerful in European ‘magic’. Back over in its native countries it has long been known as a Super Herb. Galangal also known as Chinese ginger, galanga root and galingale, is related to and resembles ginger there is little similarity in tast. It is a reed-like plant reaching a height if 1m with irregularly branched rhizomes (mass of roots) growing naturally in various Asian countries and part of many classic Asian cuisines.

Galangal is beneficial for the digestive system and is indicated in the British herbal Pharmacopoeia for dyspepsia (indigestion), flatulence, colic, nausea, and vomiting including travel sickness. It can also be helpful for the circulation, stiff joints and muscles, the immune system and common colds. Hildegard of Bingen, a Herbal Writer of the 12th Century, esteemed Galangal for indigestion, deafness, arthritis, to lower high blood pressure and improve circulation, and relieve stomach and heart pain. Incredibly she said, “If there would be a herb to wake up the dead, then galangal would be the first choice”. The herb itself provides impressive amounts of antioxidants, including quercetin, alpine, galangin, and beta-sitosterol, among others. 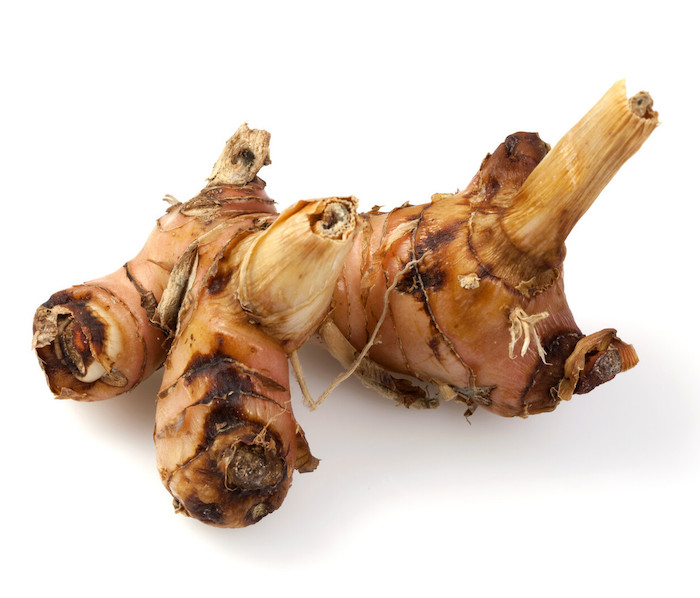 Emotionally and energetically, Galangal Oil is also welcome during times of situational anxiety and depression, as it can help relax the nerves and inspire creativity. Galangal is the oil of choice for boosting intuition and amplifying psychic abilities. Galangal is a specific herb for a sluggish metabolism; also used as a body deodoriser and breath cleanser, as well as a tonic and aphrodisiac, used widely for sexual wellness applications. Like Ginger and other herbs in the Zingiberaceae family, Galangal is often used in culinary dishes for healthy digestion.

In South Asia and Ayurvedic medicine, Galangal has been used for centuries as a natural remedy to treat skin conditions including curbing acne, reducing blemishes, improving skin elasticity, reducing wrinkles and treating sunburn. 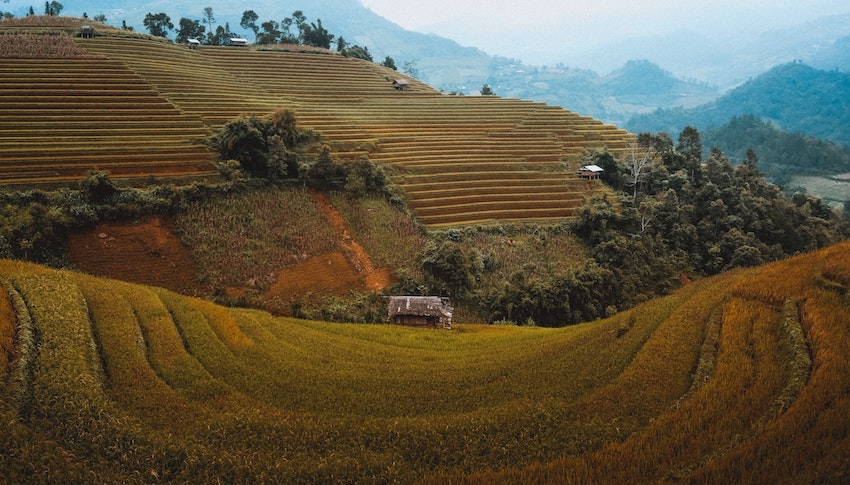 In indonesia people used to mix Galangal with other ingredients such as garlic, pepper, tamarind to produce tonic which they called “Jamu”. The tonic is believed to help keep stamina, or drank regulary to prevent muscle fatigue. This is common knowledge in Indonesia's traditional herbal lore... theJamu preparations (herbal drink mentioned above) can simply be consumed to maintain wellbeing, for rejuvenation, and to strengthen the sexual organs. Parts of Galangal Root could prove effective in boosting fertility in men. One study in Iran conducted on rats, the researchers discovered Galangal increased sperm count and motility (ability of sperm movement) which is ideal for a man struggling with sexual performance or virility.

Another study conducted in Denmark looked into the effects of Galangal, paired with a pomegranate fruit extract, had on sperm in healthy human males. Researchers concluded that the the number of motile sperm increased by three times the amount of the placebo. In some traditional cultures it is said that holding a piece of Galangal in your mouth will promote sexual desire. In Arabian countries, Galangal is used as an aphrodisiac and people in South-East Asian countries often use galangal in the treatment of sexual disorders. Galangal is known as Low John in Hoodoo practices, where it is often carried in a mojo bag or otherwise used in spiritual rituals and spells for sexual magic.

Feel your Strength with Black Galangal 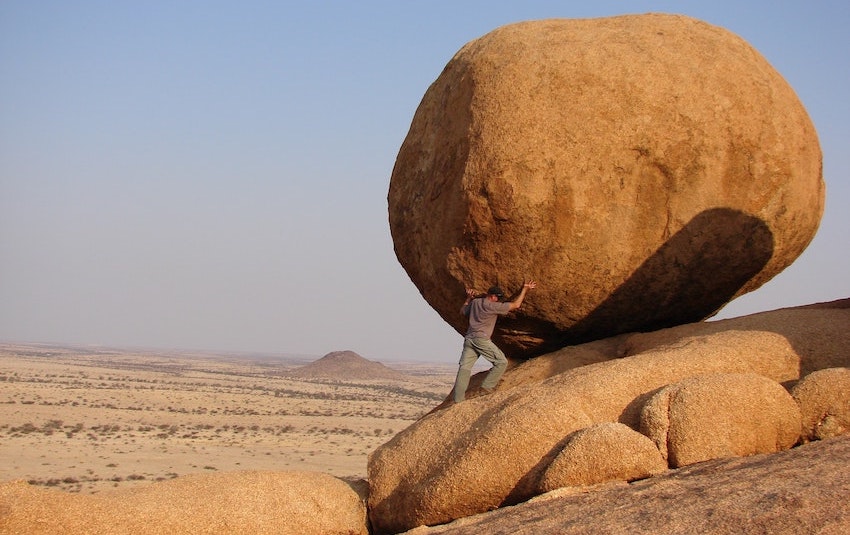 The most striking health benefit of Galangal, suggested by a massive (and growing) body of scientific research, is its ability to fight and potentially fight a serious lack of health issue. A 2014 study in Iran found that a liquid extract of Galangal significantly destroyed the number of gastric issues in a lab test after 48 hours, calling it a “prominent” result. Issues were exposed to a liquid extract of Galangal in an effort to find a natural treatment that wouldn’t damage adjoining cells, like dangerous therpies. The researchers in Jamaica conducting the study indicate that this could be a potential option for this form of poor health, they actually used another word for option and that’s not a word scientists use lightly. This study was simply the beginning, as much more research must be done to examine the effects of this extract on healthy cells before testing it in living subjects.

Researchers at National Chiayi University in Taiwan studied the impact of three compounds from Galangal root on human skin issue cells. All three compounds had an “antiproliferative” effect, meaning they stopped the growth of problems. A study released in 2017 tested multiple compounds from Galangal in the lab and their impact on the problem, finding that they stopped the appearance of new issues and suppressed certain pathways responsible for expanding the health issues impact. The first time Galangal was studied against a bad health problem (in 2013), scientists found it caused apoptosis on two types of problamatic cells. In 2014, an Iranian university detailed that an extract of Galangal could prove to be very effective and worth continued study. A Taiwan study in 2015 investigating the impact of galangal extracted also worth reading. The kaempferol rhizome extract from galangal tested in a 2017 Thailand-based study appeared to give mice subjects longer life spans, less incidence of metastasis and did not produce any noticeable side effects on the subjects. 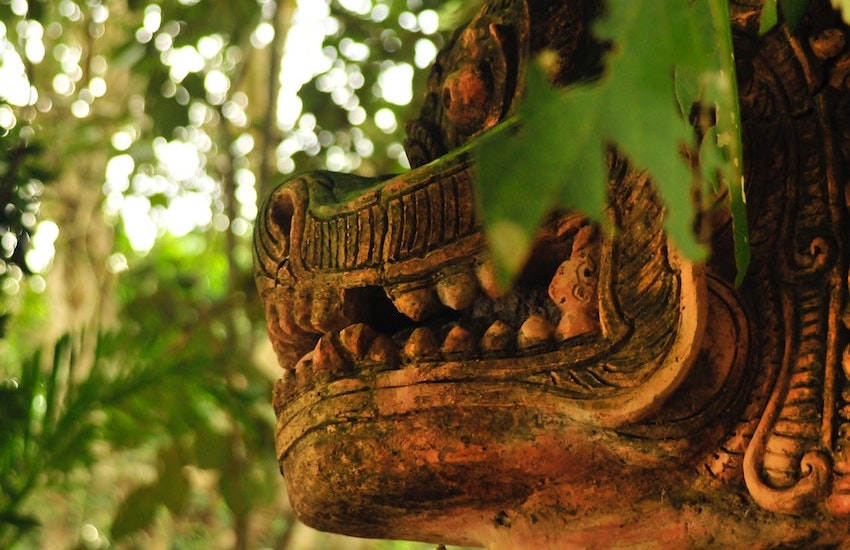 Research has shown Galangal extract exerts an antimicrobial effect on several bacteria known for infecting foods. It's worth reading up on the studies conducted in Thailand, see the refernces and search for yourself. One study proposes that by cooking shellfish with this herb, you may also have a better chance of inhibiting the impact of a regular bad bacteria often found. One which can affect those who eat undercooked shellfish, particularly oysters, however these effects may less likely to occur by adding Galangal in with the meal.

A bacteria that is carried by around 66% of the world’s population (according to the Centres for Disease Control and Prevention) is called H. pylori. However, this bacteria may also have met its match when exposed to Galangal — in fact, one study indicates that this powerful herb may even help prevent the stomach ulcers commonly caused by the H. pylori bacteria in addition to eliminating the bacteria itself. So we can see Galangal has some incredible benefits according to research, its oldest and most commonly sought effect is that which it has on an upset stomach. In Ayurvedic medicine and other Asian cultures, it’s used to calm upset stomachs, resolve diarrhea, reduce vomiting and even stop hiccups.

Galangal is a Potent Herb in Thai Culture 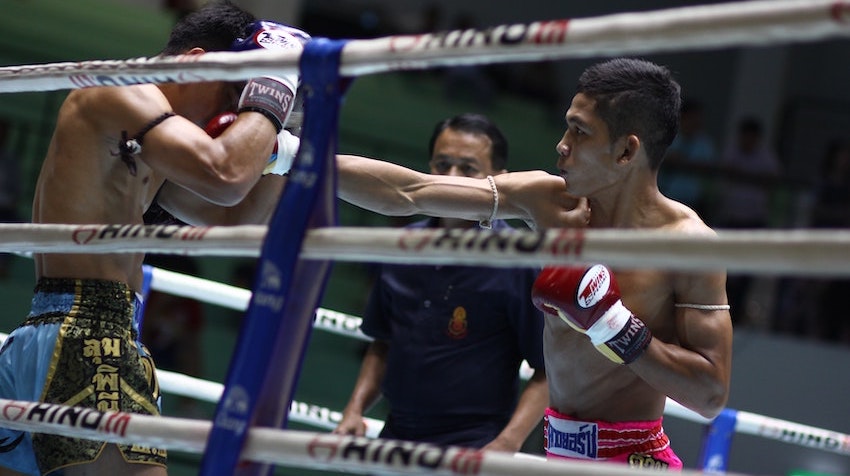 Black Galangal contains a number of powerful natural substances that increase NO (Nitric Oxide) in the blood vessels and that act as PDE-5 inhibitors which relax the smooth muscles in the blood vessels. Both these actions increase blood flow to the genital area to improve erectile function and therefore enhance sexual sensations and performance. Black Galangal has been very effectively used in Thai Traditional Medicine for centuries and science is now catching up.

NO dilates blood vessels and improves blood supply to the penis. PDE-5 is a natural chemical in the body that causes an erect penis to deflate and return to normal, usually after sex. However, many men have too much PDE-5 all the time so they can’t get a strong erection for sexual intercourse which results in poor sexual performance. A PDE-5 inhibitor will reduce or remove the excess PDE-5 and allow a stronger erection to be achieved. Poor libido is often caused by un-balanced brain chemistry and hormones. Black Ginger is an adaptogen that can balance both brain chemistry and hormones resulting in increased libido for both men and women.

Galangal is a SuperNatural Food 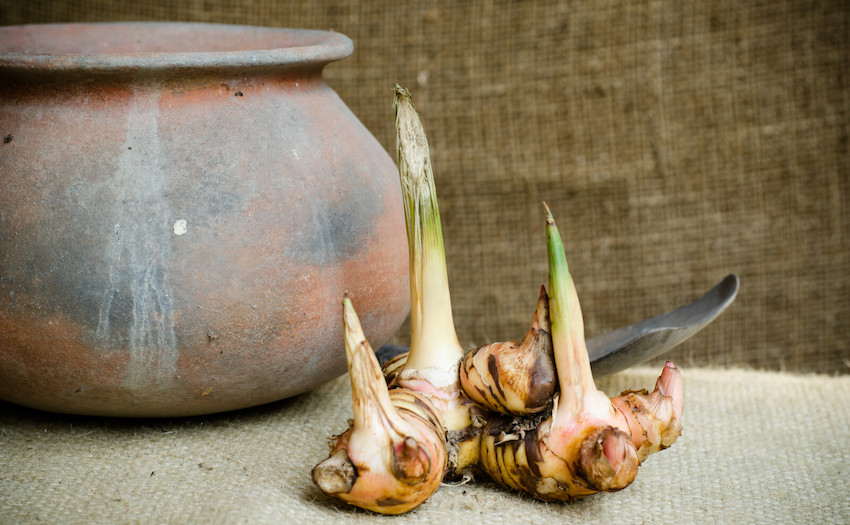 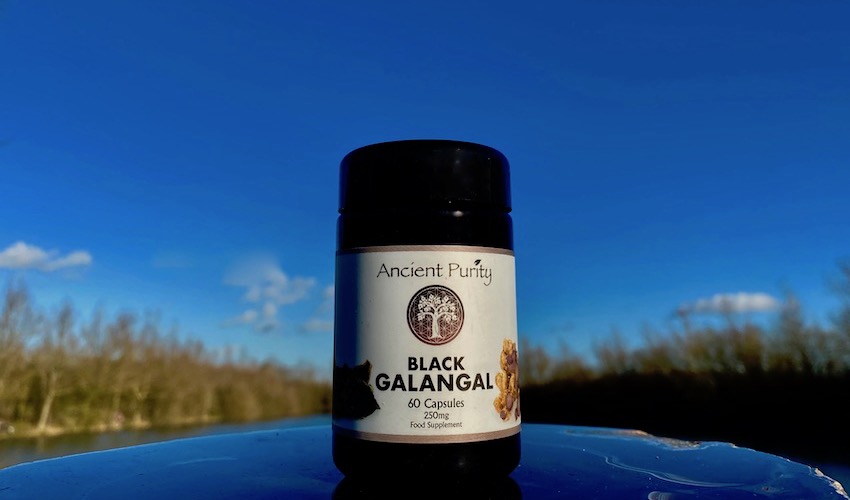 NOTE: Do not exceed the recommended daily intake, consult with doctor if you have a medical condition.