Bilberry cultivation originated in Europe with historical uses since the 16th century, based on the dried berries and shrub leaves. The fruit was used by British pilots in WWII when pilots noticed night vision improvement after eating Bilberry jam, scientists discovered that the bioflavonoids in Bilberries are potent antioxidants. 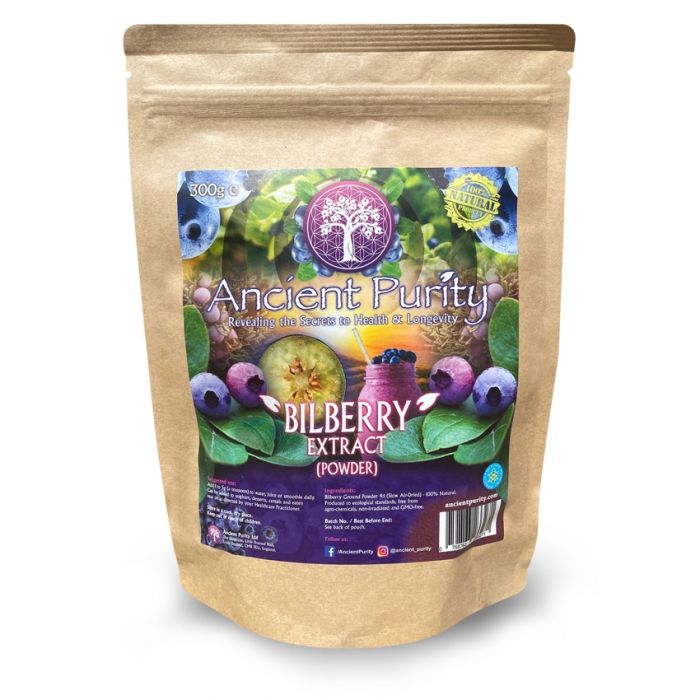 Bilberries (Vaccinium Myrtillus) are a natural source of anthocyanins. Anthocyanins are polyphenolic components that give Bilberry its blue/black colour and super-high antioxidant content. These powerful anthocyanins are believed to be the key bioactives responsible for the numerous health benefits of bilberry and similar berry fruits.

Bilberry is most famous for its ability to improve vision, but it has been reported to lower blood glucose, have anti-inflammatory and lipid-lowering effects, promote antioxidant defense and lower oxidative stress. Bilberry contains numerous phenolic compounds, including the flavonols, quercetin and catechins, tannins, ellagitannins and phenolic acids; however, the anthocyanins found in the bilberry are, by far, the largest contribution to its phytonutrient density. These phenolic compounds are antioxidants as well as iron chelators, which may help remove heavy metals in the body and used in chelation therapy. 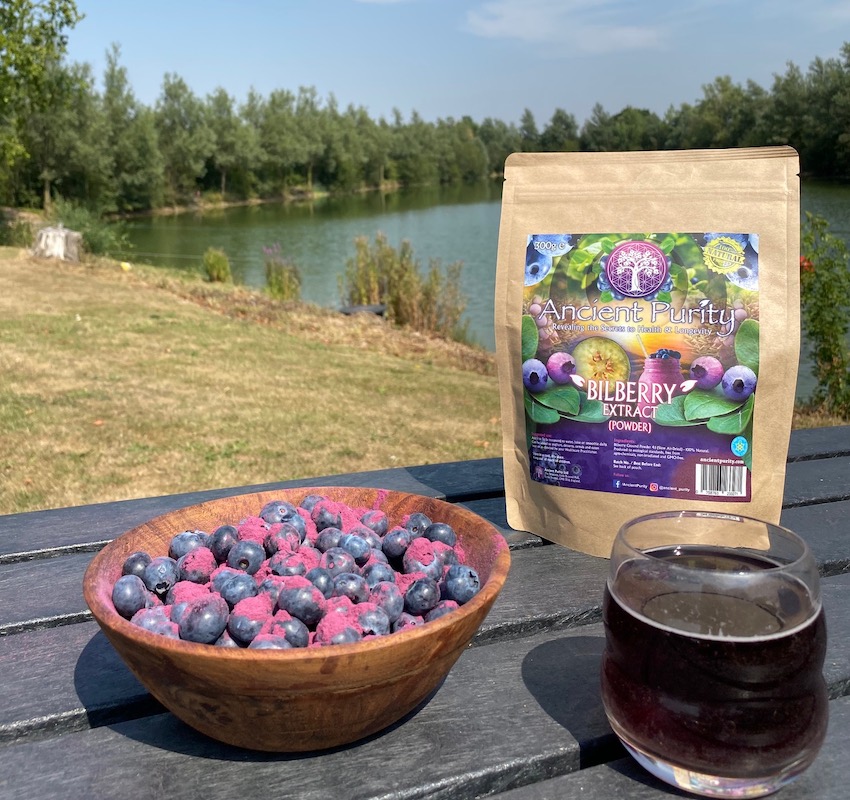 Bilberries and blueberries are often confused in everyday life. Both have a dark bluish, smooth skin and are similar in size, the bilberry being slightly smaller. Bilberries have been popular in Europe for centuries, and blueberries were first widely grown in the U.S. in the 1920s.

Both fruits deliver big nutritional benefits. According to a University of Michigan Cardiovascular Center study, their antioxidants may even portend dramatic benefits for serious health conditions. Blueberries are native to the United States, whereas Bilberries are native to Northern Europe and certain parts of North America and Asia.

Eye Health... Bilberry's are nutritional food for eye health. Due to the anthocyanosides, bilberry is widely used to improve night vision or vision handicaps in low light, decreasing vascular permeability and capillary fragility. It was reported that during World War II, British fighter pilots had improved nighttime vision after eating bilberry jam. Bilberry has been suggested as a treatment for retinopathy, which is damage to the retina. Bilberry has also exhibited protective effects against and macular degeneration, glaucoma and cataracts.

Circulation... In Europe, health care professionals use bilberry extracts to treat circulation problems, also known as chronic venous insufficiency (CVI). Research suggests that this condition, which occurs when valves in veins in the legs that carry blood to the heart are damaged, may be improved by taking bilberry extract. Other research suggests that taking bilberry anthocyanins daily for up to six months might improve swelling, pain, bruising and burning associated with CVI.

Cholesterol... The amazing anthocyanosides found in bilberries may strengthen blood vessels and prevent the oxidation of LDL (“bad”) cholesterol, a major risk factor for atherosclerosis that is the plaque that blocks blood vessels. A study reported that bilberry enrichment, when compared to black currants, reduced total and LDL-cholesterol levels. In fact, the total anthocyanin content was four times higher in bilberries than in black currants, possibly making it a better choice for reducing LDL cholesterol levels.

Let the Good Vibes in 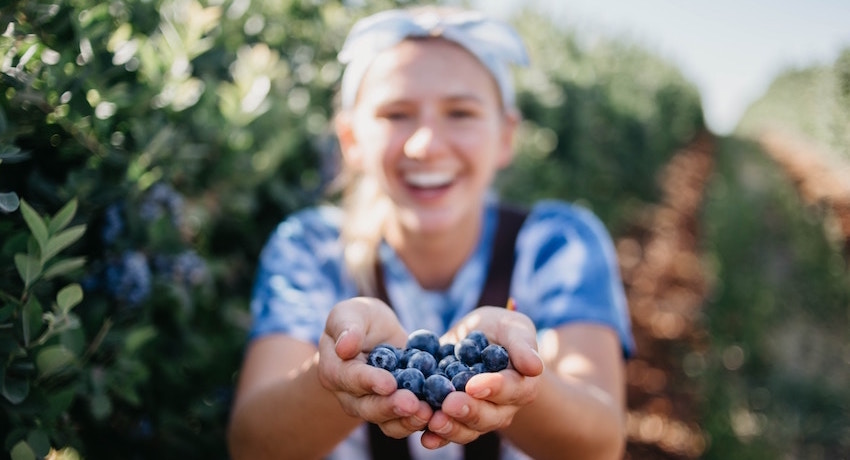 Beautiful Glowing Skin
Natural skincare manufacturers use Bilberry extract. It is often the supernatural ingredient that is found in many face creams and lotions. Bilberry Extract can help facilitate healthy blood circulation by helping blood pass through our capillaries.

Blood removes bad things we really don’t want in our bodies, like waste or bacteria, supplies oxygen through haemoglobin, which keeps our skin cells alive, refreshed and able to breathe. Blood carries water which is very helpful for keeping the skin hydrated. Hydrated skin will feel more smooth and clear.

Bilberries contain anti-inflammatory properties that are good for keeping down swelling. If your face is a bit red, or reacting to stress Bilberry Extract can help reduce the symptoms.

So why not throw a heap of Blueberry Extract Powder into your Smoothie, it'll taste amazing and you'll look amazing.

Bilberry Lightens
A new British study showed that consuming wild blueberries, a flavonoid-rich food, may significantly boost mood in both young adults and children. The study, led by Professor Claire Williams, from the School of Psychology & Clinical Language Sciences at the University of Reading, is unique among the growing body of research exploring the association between nutrition and mental health.

The improvements are believed to be the result of one of the following mechanisms: An increase in cerebral blood flow, Protection against neuronal stress, Positively stimulating neural signaling.

“The research community is excited about the results of this new study,” said Kit Broihier, MS, RD, nutrition advisor to the Wild Blueberry Association of North America.

Polyphenolic components give Bilberry its colour

Blood Sugar Health... Traditionally, bilberry leaves have been used to control blood sugar levels in people with diabetes. Research shows that most berries help reduce the body’s glucose response after eating a high-sugar meal and studies suggest bilberry may be effective for managing blood sugar levels, particularly when combined with oatmeal, though more research is needed.

Cognitive Health... Evidence suggests that fruit and vegetable juices containing various phenolic compounds can promote brain health. In some cases, symptoms of cognitive problems were significantly decreased upon treatment with myricetin, quercetin or anthocyanin-rich extracts found in bilberry and showed that behavioral abnormalities may have been alleviated.

Blueberries, Bilberries, Anthocyanins it's all GOOD

Bilberries are truly magical little berries. They contain iron, magnesium, and potassium, can reduce pain, anti-inflammatory and increase the production of dopamine, which is the brain’s feel-good chemical. Purple smoothies are perfect on hot summer days, you can substitute the bananas with frozen bananas, that way the smoothie will even have a cooling effect and it’s like an ice cream shake.

Drinking a healthy Bilberry Extract enhanced smoothie may protect you against chronic diseases. Bilberries are rich in antioxidants, substances in food that protect your cells against free radical damage. Free radicals are molecules produced from the breakdown of food and from contact with environmental toxins such as tobacco smoke. The protective antioxidants in the smoothie include selenium, vitamin C, beta carotene, lutein and a small amount of vitamin E. 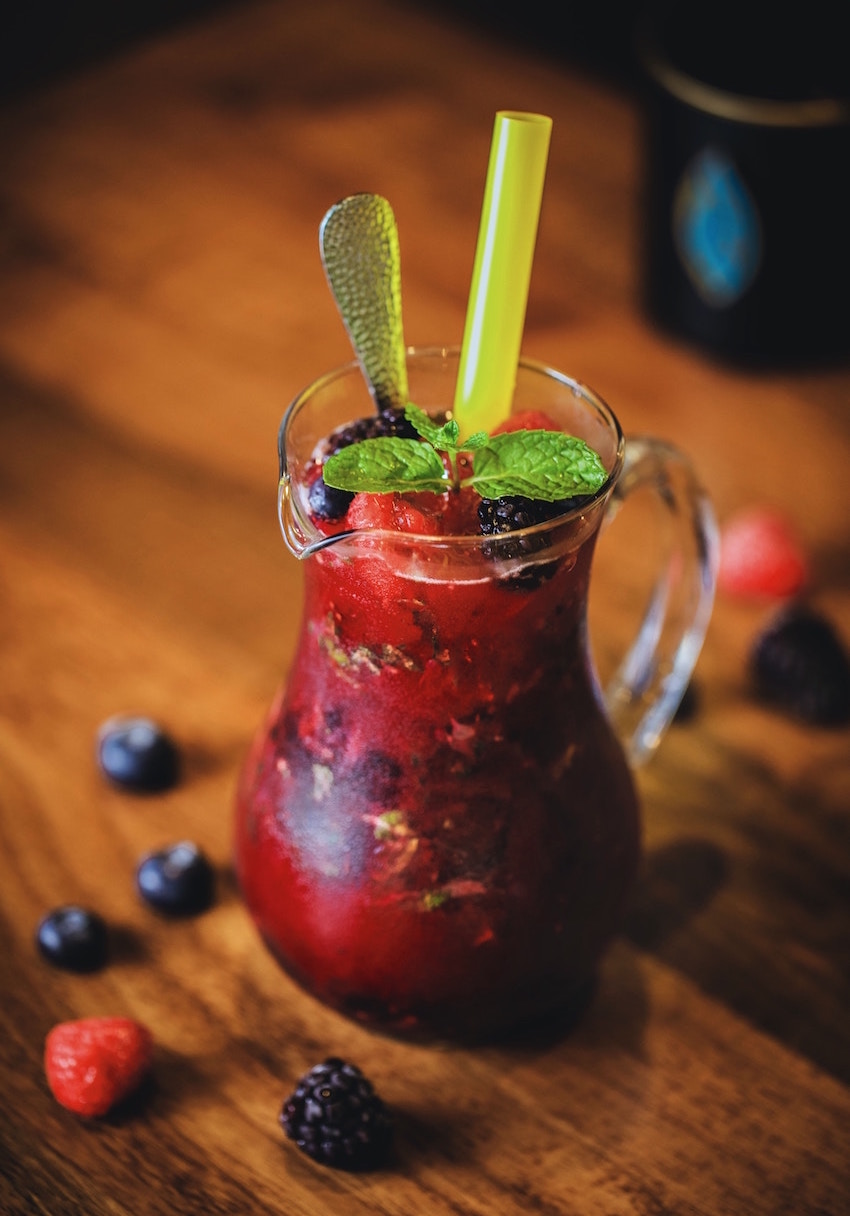 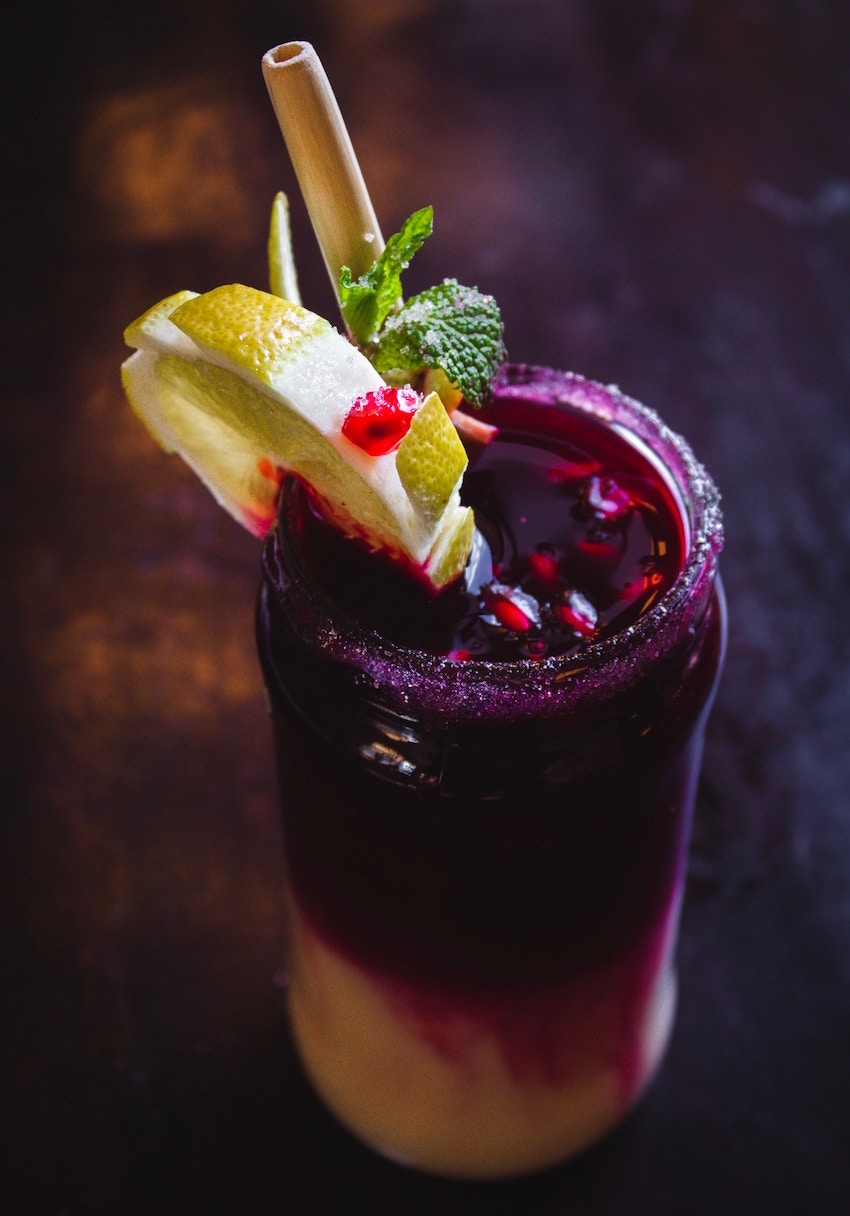 Bilberry Past, Present and Future

One study showed that bilberry had positive effects on vision in lower light environments. (R) These antioxidants scavenge the body for free radicals, with the intention of helping to prevent or reverse damaged cells.
In other studies, bilberry shows many other health benefits it also contains vitamin C, which is another powerful immune-boosting benefit. 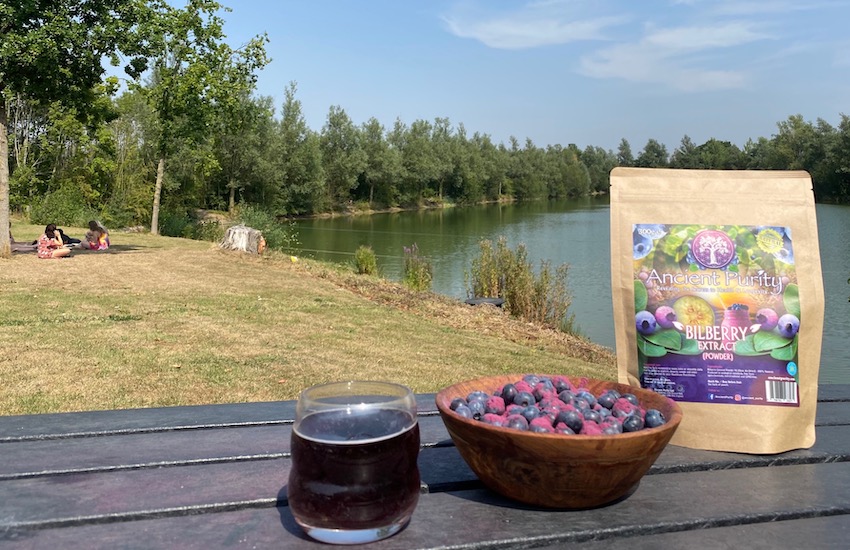 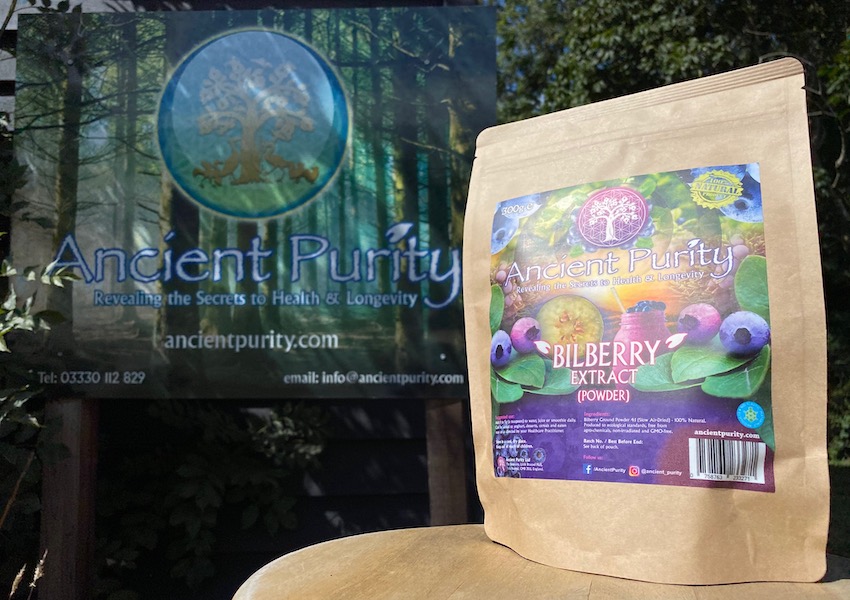