5-HTP is an amino acid, safe precursor to serotonin. It's food based, containing 5-HTP in a bio-effective form, comprising the natural shrub Griffonia Simplicifolia and nutrients needed for the effective conversion of 5-HTP to serotonin including Magnesium and Vitamin B6. 5-HTP acts similar to anti-depressants often prescribed for generalised forms of low mood / anxiety. 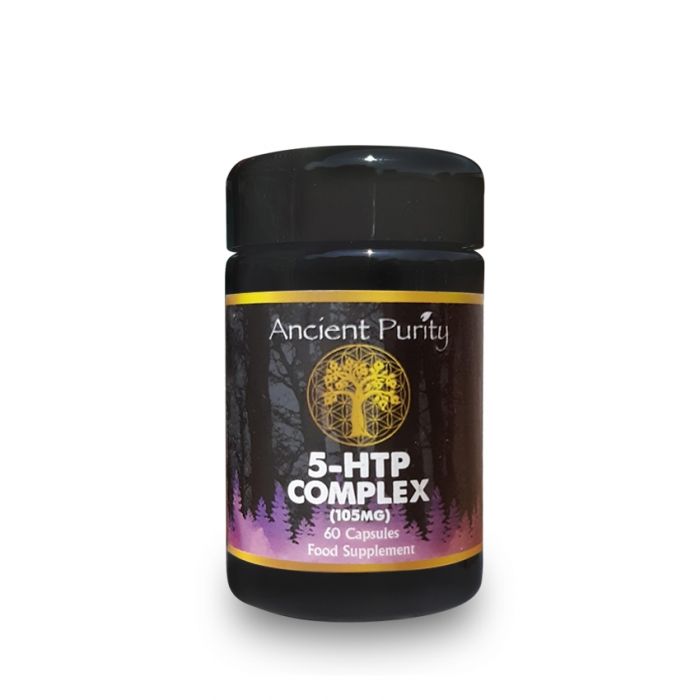 Ancient Purity presents 5 HTP, in bioavailable "Food State" this natural supplement has been used to help with many conditions, including depression, obesity, carbohydrate craving, bulimia, insomnia, narcolepsy, sleep apnea, migraine, headaches, and fibromyalgia. The body makes 5-HTP from tryptophan (an essential amino acid) and converts it to an important brain chemical known as serotonin. Tryptophan and 5-HTP dietary supplements help raise serotonin levels in the brain, which may have a positive effect on sleep, mood, anxiety, aggression, appetite, temperature, sexual behaviour, and pain sensation.

Depression - Low levels of serotonin in the brain can contribute to the development of depression. Many drugs prescribed for depression increase serotonin levels. Some studies indicate that 5-HTP may be as effective as certain antidepressant drugs in treating individuals with mild to moderate depression. There are many causes for anxiety including lifestyle and your overall health. Some nutrients such as essential fatty acids, vitamins, and minerals, play a major role in mental wellness. Psychologically distressed adults eat differently than emotionally healthy adults which can increase anxiety. Naturally occurring compounds in the body, taken in supplement form, may also improve mood and reduce anxiety. When used with a healthy diet and exercise regimen, supplements may help maintain enhanced emotional wellness. 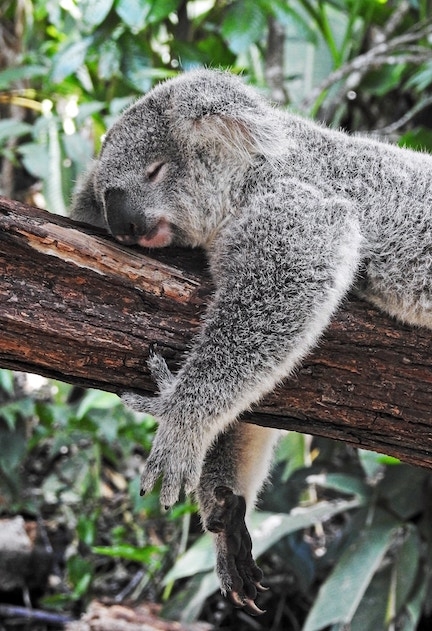 5-HTP or 5-hydroxy tryptophan is a metabolic intermediary in the body to both serotonin and melatonin, substances which are critical building-blocks for mental and emotional health. There is a massive amount of evidence that suggests that low serotonin levels are a common consequence of modern living. These lifestyle and dietary practises of many people living in this stress filled era results in lowered levels of serotonin within the brain. Increasing serotonin through 5-HTP supplementation could result in total change in health for the individual.

Supplementation with 5-HTP has many advantages over other mental wellness supplements without many of their disadvantages and side effects, and has emerged as leading natural remedy for depression, stress and insomnia. Many people associate mood improvement and emotional health with the consumption of 5-HTP as a supplement. Its consumption has also been linked to reduction of the intensity and severity of panic attacks. It also could be considered a good option for those suffering with  OCD (Obsessive compulsive disorder). Also effective in lessening of the symptoms associated with PMS or premenstrual syndrome.

5-HTP with the Keto Diet for Weight-loss (Reduce Cravings)

5-HTP can stop craving for unhealthy fats and carbohydrates... 5-HTP has been shown in clinical studies to help weight-loss, in the Keto lifestyle choice it helps reduce carbohydrate cravings. Those following the Keto or zero carb diets, could experience a reduction in serotonin levels due to the fact that carbohydrates stimulate serotonin production in the body.

Serotonin release is triggered by a carbohydrate load (sugar etc.) and it is thought that's why we often crave Carbohydrates under stress as we want to stimulate this serotonin release. When the brain produces serotonin, tension is eased.

When the brain produces dopamine or norepinephrine (noradrenaline), we tend to think and act more quickly and are generally more alert. Eating carbohydrates seems to have a calming effect, while proteins increase alertness. 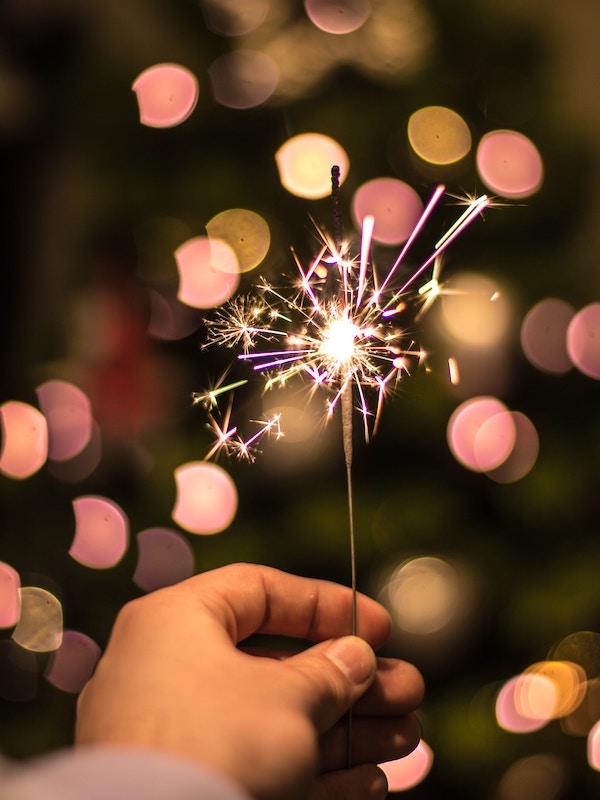 A growing amount of research has uncovered evidence that 5-HTP, taken in doses of at least 100 milligrams a day, three times daily, can help decrease a number of fibromyalgia symptoms, such as pain, tenderness, anxiety, fatigue and stiffness. In one study, a “fair” clinical improvement was seen in nearly 50% of the patients during the treatment period. For the most benefits, it’s thought that supplementation should last for at least several weeks to several months. It may also help mitigate migraine symptoms in some, another condition that is thought to possibly be triggered by serotonin levels. One study found that supplementing led to a significant improvement in 71% of participants who were treated with 5-HTP.

Furthermore researchers discovered that giving test subjects excess amounts of fenclonine made the headaches they were experiencing even worse. The findings went a long way towards increasing their knowledge of fibromyalgia. In the process, doctors learned 5 HTP was the most effective method for treating it. Based on 5 HTP fibromyalgia reviews, it’s become obvious that sufferers of fibromyalgia and migraine headaches both had low serotonin levels. Researchers also learned that those with migraines were very sensitive and prone to health problems when serotonin levels dropped. The conclusion is that a low serotonin level is one of the reasons for fibromyalgia and that 5 HTP can be used to remedy the situation. It is true that painkillers and relievers like naproxen sodium, ibuprofen and acetaminophen may be used, but they are not as effective as 5 HTP.

5-HTP may adversely affect certain people in some cases. For instance, some of the users of 5-HTP products have developed a condition known as the Eosinophilia-Myalgia Syndrome (EMS). It is a serious condition which may result in extreme muscle tenderness and blood abnormalities.

However, it’s important to note here that there is no scientific evidence to prove that 5-HTP, itself, has been the cause of the diagnosis of EMS. It may even be caused due to a contamination or an accidental ingredient in 5-HTP products. Other potential side effects may include heartburn, nausea, diarrhea, vomiting, muscle problems, stomach pain, and drowsiness. 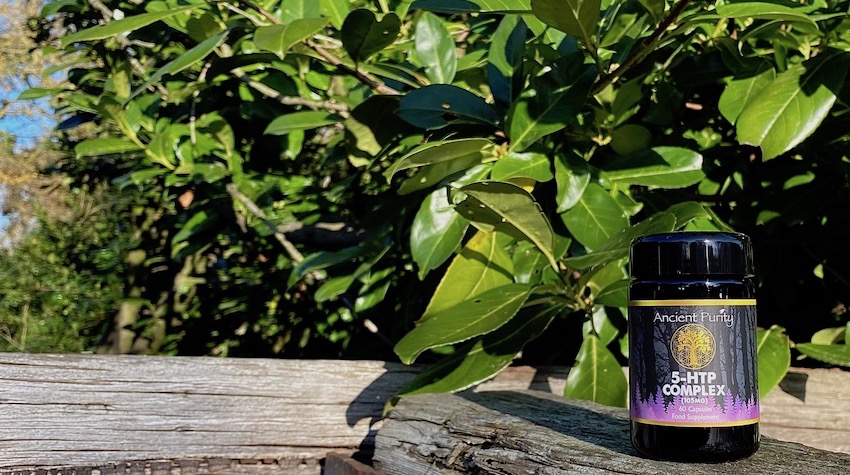 5 HTP Working On Through The Night 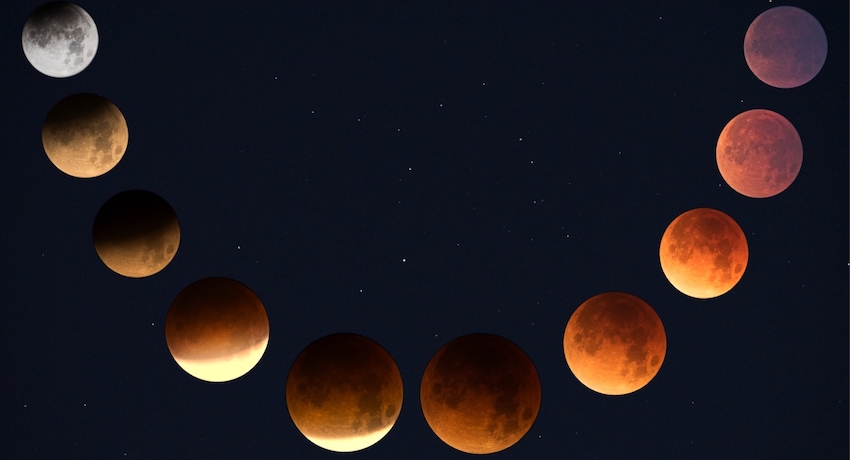 NOTE: Individuals who take 5-HTP may expect it to act quickly, altering their mood overnight. Medications, supplements and herbs that act upon neurotransmitters usually need to be taken for several weeks before patients start to feel the effects. Some people take more and more 5 HTP, hoping that taking more will increase the effectiveness more quickly. This can create a dangerous condition called, serotonin syndrome.  Many alternate health practitioners recommend starting slowly with 5 HTP and taking it for only short periods of time. Please first check with your medical practitioner before taking 5-HTP if you are on any medication.

Contraindications:
While this supplement appears to be safe for most people, 5-HTP danger occurs when people mix 5-HTP with prescription medications and herbal supplements. Taking too much 5-HTP is also dangerous.
5-HTP should not be taken concurrently with anti- depressants except under the supervision of a physician, because 5-HTP increases the activity of these drugs. Mixing SSRI medications and 5-HTP may result in a rare but extremely serious condition called serotonin syndrome. People with serotonin syndrome exhibit a variety of symptoms including confusion, restlessness, hallucinations, fever, nausea, and vomiting. Coma and death follow swiftly after symptoms appear.

5-HTP should be avoided by pregnant women, nursing mothers and those with significant cardiovascular disease.
It is also contraindicated in those with carcinoid tumors.
Mixing 5 HTP with herbal supplements for depression such as St. John's Wort is also not recommended. Like SSRI medications, St. John's Wort alters the delicate balance of brain chemistry. 5 HTP can tip the balance into dangerous territory. NOT TO BE USED DURING PREGNANCY.